The Principles of Psychology, Vol. 1

(1 review)
PUBLISHED: 30th June 1950
ISBN: 9780486203812
ANNOTATION:
Volume 1 of the famous long course, complete and unabridged. Stream of thought, time perception, memory, experimental methods — these are only some of the concerns of a work that was years ahead of its time and is still valid, interesting and useful. Total in set: 94 figures. 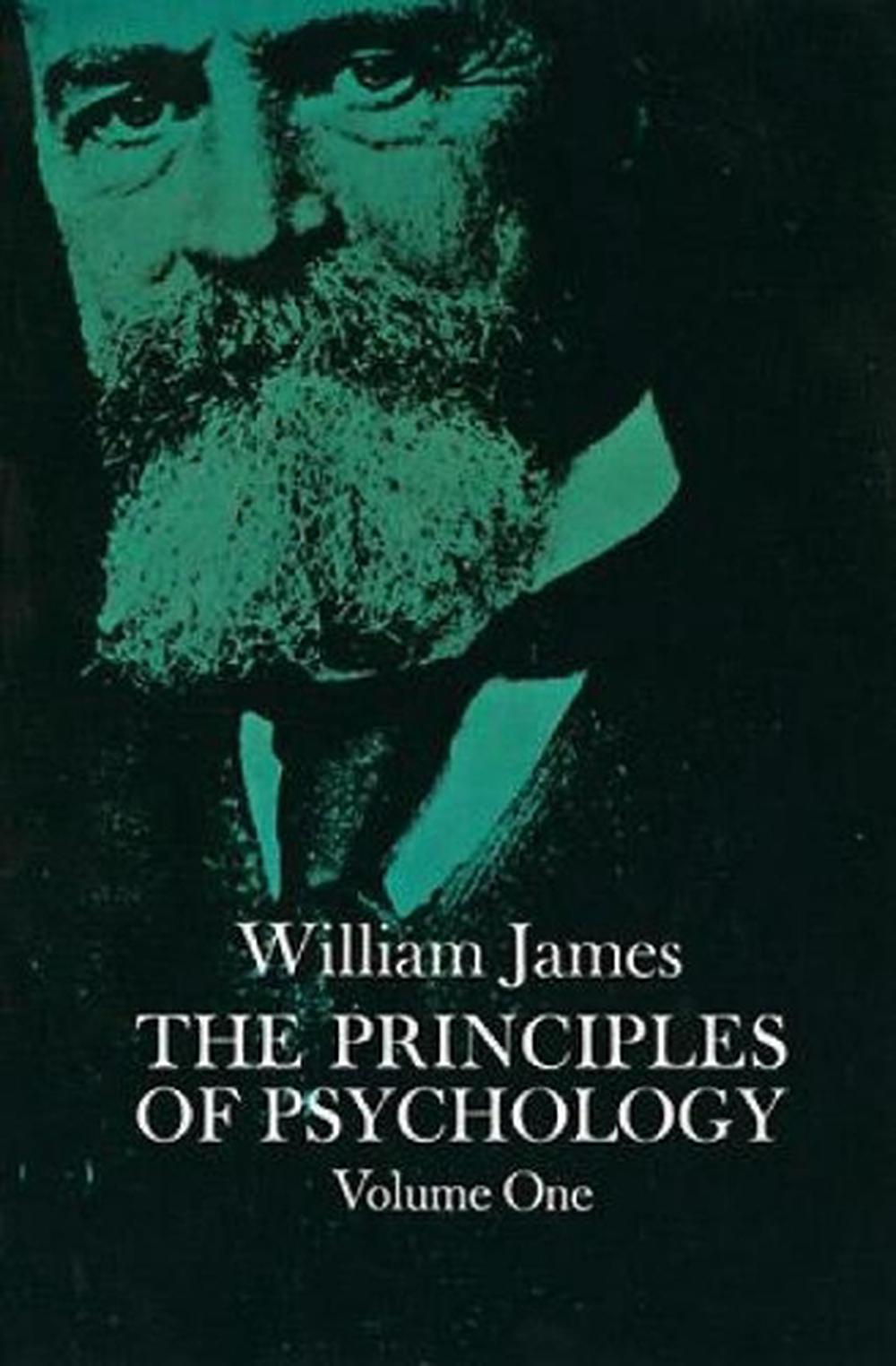 OTHER FORMATS:
PUBLISHED: 30th June 1950
ISBN: 9780486203812
ANNOTATION:
Volume 1 of the famous long course, complete and unabridged. Stream of thought, time perception, memory, experimental methods — these are only some of the concerns of a work that was years ahead of its time and is still valid, interesting and useful. Total in set: 94 figures.

Volume 1 of the famous long course, complete and unabridged. Stream of thought, time perception, memory, experimental methods — these are only some of the concerns of a work that was years ahead of its time and is still valid, interesting and useful. Total in set: 94 figures.

Volume 1 of the famous long course, complete and unabridged. Stream of thought, time perception, memory, experimental methods - these are only some of the concerns of a work that was years ahead of its time and is still valid, interesting and useful. Total in set: 94 figures.

James was a philosopher and psychologist and the brother of Henry James. He studied in New York and Europe, and received a medical degree from Harvardin 1869. He helped found the American Society for Psychical Research.

CHAPTER 1 THE SCOPE OF PSYCHOLOGY Mental Manifestations depend on Cerebral Conditions Pursuit of ends and choice are the marks of Mind's presence CHAPTER II THE FUNCTIONS OF THE BRAIN "Reflex, semi-reflex, and voluntary acts" The Frog's nerve centres General notion of the hemispheres Their Education-the Meynert scheme The phrenological contrasted with the physiological conception The localization of function in the hemisphere The motor zone Motor Aphasia The sight-centre Mental blindness The hearing-centre Sensory Aphasia Centres for smell and taste The touch-centre Man's Consciousness limited to the hemispheres The restitution of function Final correction of the Meynert scheme Conclusions CHAPTER III. ON SOME GENERAL CONDITIONS OF BRAIN-ACTIVITY The summation of Stimuli Reaction-time Cerebral blood-supply Cerebral Thermometry Phosphorus and Thought CHAPTER IV. HABIT Due to plasticity of neural matter Produces ease of action Diminishes attention Concatenated performances Ethical implications and pedagogic maxims CHAPTER V. THE AUTOMATON-THEORY The theory described Reasons for it Reasons against it CHAPTER VI. THE MIND-STUFF THEORY Evolutionary Psychology demands a Mind-dust Some alleged proofs that it exists Refutation of these proofs Self-compounding of mental facts is inadmissible Can states of mind be unconscious? Refutation of alleged proofs of unconscious thought Difficulty of stating the connection between mind and brain The Soul' is logically the least objectionable hypothesis Conclusion CHAPTER VII. THE METHODS AND SNARES OF PSYCHOLOGY Psychology is a natural Science Introspection Experiment Sources of error The 'Psychologists fallacy' CHAPTER VIII. THE RELATIONS OF MINDS TO OTHER THINGS Time relations : lapses of Consciousness Locke v. Descartes The 'unconsciousness' of hysterics not genuine Minds may split into dissociated parts Space-relations : the Seat of the Soul Cognitive relations The Psychologist's point of view "Two kinds of knowledge, acquaintance and knowledge about" CHAPTER IX. THE STREAM OF THOUGHT Consciousness tends to the personal form It is in constant change It is sensibly continuous Substantive' and 'transitive' parts of Consciousness Feelings of relation Feelings of tendency The 'fringe' of the object The feeling of rational sequence Thought possible in any kind of mental material Thought and language Consciousness is cognitive The word Object Every cognition is due to one integral pulse of thought Diagrams of Thought's stream Thought is always selective CHAPTER X THE CONSCIOUSNESS OF SELF The Empirical Self or Me Its constituents The material self The Social Self The Spiritual Self Difficulty of apprehending Thought as a purely spiritual activity Emotions of Self Rivalry and conflict of one's different selves Their hierarchy What Self we love in 'Self-love' The Pure Ego The verifiable ground of the sense of personal identity The passing Thought is the only Thinker which Psychology requires Theories of Self-consciousness: 1) The theory of the Soul 2) The Associationist theory 3) The Transcendentalist theory The mutations of the Self Insane delusions Alternative selves Mediumships or possessions Summary CHAPTER XI. ATTENTION Its neglect by English psychologists Description of it To how many things can we attend at once? Wundt's experiments on displacement of date of impressions simultaneously attend to Personal equation The varieties of attention Passive attention Voluntary attention Attention's effect on sensation; on discrimination; on recollection; on reaction-time The neural process in attention: 1) Accommodation of sense-organ 2) Preperception Is voluntary attention a resultant or a force? The effort to attend can be conceived as a resultant Conclusion Acquired Inattention CHAPTER XII. CONCEPTION The sense of sameness Conception defined Conceptions are unchangeable Abstract ideas Universals The conception 'of the same' is not the 'same state' of mind CHAPTER XIII. DISCRIMINATION AND COMPARISON Locke on discrimination Martineau ditto Simultaneous sensations originally fuse into one object The principle of mediate comparison Not all differences are differences of composition The conditions of discrimination The sensation of differences The transcendentalist theory of the perception of differences uncalled for The process of analysis The process of abstraction The improvement of discrimination by practice Its two causes Practical interests limit our discrimination Reaction-time after discrimination The perception of likeness The magnitude of differences The measurement of criminative sensibility : Weber's law Fechner's interpretation of this as the psycho-physic law Criticism thereof CHAPTER XIV. ASSOCIATION The problem of the connection of our thoughts It depends on mechanical conditons "Association is of objects thought-of, not of 'ideas'" The rapidity of association The 'law of contiguity' The elementary law of association Impartial redintegration Ordinary or mixed association The law of interest Association by similarity Elementary expression of the difference be