PUBLISHED: 4th March 1999
ISBN: 9780099759911
ANNOTATION:
And why we will never, ever stop reading them' Afua Hirsch 'Discovering a writer like Toni Morrison is rarest of pleasures' Washington Post'When she arrived, with her first novel, The Bluest Eye, she immediately re-ordered the American literary landscape' Ben Okri Winner of the PEN/Saul Bellow award for achievement in American fiction 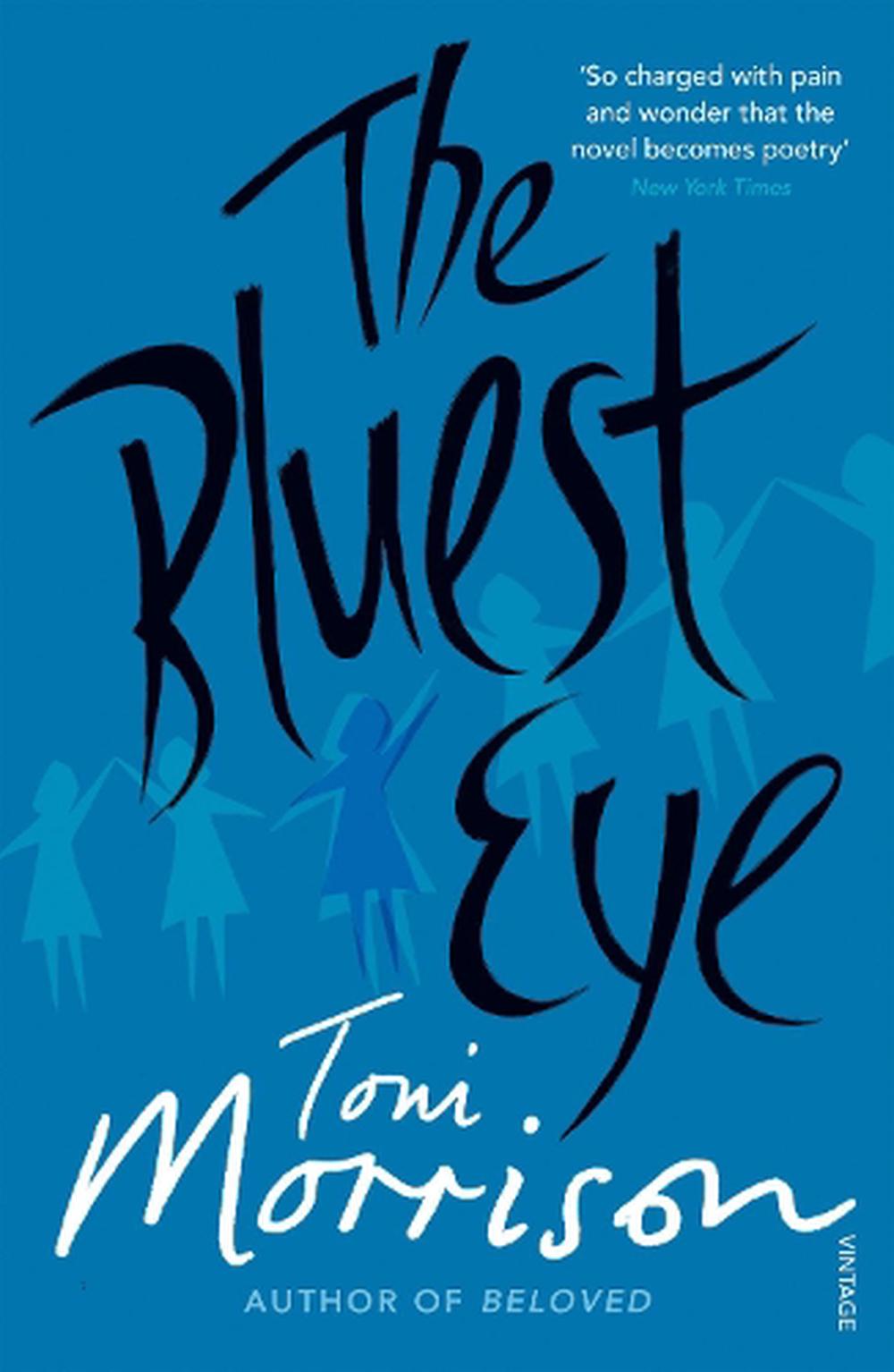 And why we will never, ever stop reading them' Afua Hirsch 'Discovering a writer like Toni Morrison is rarest of pleasures' Washington Post'When she arrived, with her first novel, The Bluest Eye, she immediately re-ordered the American literary landscape' Ben Okri Winner of the PEN/Saul Bellow award for achievement in American fiction

THE BLUEST EYE chronicles the tragic, torn lives of a poor black family in 1940s Ohio: Pauline, Cholly, Sam and Pecola. Pecola, unlovely and unloved, prays each night for blue eyes like those of her privileged blond white schoolfellows. She becomes the focus of the mingled love and hatred engendered by her family's frailty and the world's cruelty as the novel moves toward a savage but poignant resolution.

Toni Morrison was awarded the Nobel Prize in Literature in 1993. She is the author of many novels, including The Bluest Eye, Beloved (made into a major film), Paradise and Love. She has also received the National Book Critics Circle Award and a Pulitzer Prize for her fiction.

"A profoundly successful work of fiction... Taut and understated, harsh in its detachment, sympathetic in its truth...it is an experience" Detroit Free Press "This story commands attention, for it contains one black girl's universe" Newsweek "I imagine if our greatest American novelist, William Faulkner, were alive today he would herald Toni Morrison's emergence as a kindred spirit... Discovering a writer like Toni Morrison is the rarest of pleasures" The Washington Post "The Bluest Eye is a fine book, a lament for all starved and stunted children everywhere" Daily Telegraph "Morrison's style rivets the reader...her synaesthetic, often rhythmic, even chanting prose recalls both Faulkner and Emily Dickinson" The Times Literary Supplement

This short but very moving novel is an early work by the Pulitzer and Nobel prize-winning author Toni Morrison, first published in 1970. According to an Afterword by the author, at that time the book was 'dismissed, trivialised, misread'. It is in fact a seminal work of Black American culture, set in small town Ohio in 1941. The story grew from an incident in Morrison's own life when a friend told her she wanted blue eyes, and how when Morrison visualized how grotesque her black friend would look if she got her wish, she fell into a rage. She would not have known then to identify her friend's wish as racial self-loathing, but in retrospect she sees that is what it was. The incident vividly illustrates the status quo before the 'Black Power' movement of the sixties, and is the inspiration behind the story narrated by Claudia McTeer, from a poor but respectable family, who give a foster-home to a girl named Pecola Breedlove who is about twelve, the same age as the narrator's elder sister. Eventually it is revealed that Pecola's father, Cholly, has raped his daughter, leaving her pregnant. Throguhout the narrative Morrison's use of language and incident highlights the unfair and arbitrary gap between the fortunes of black and white Americans. (Kirkus UK)

"This soil," concludes the young narrator of this quiet chronicle of garrotted innocence, "is bad for all kinds of flowers. Certain seeds it will not nurture, certain fruit it will not bear." And among the exclusions of white rural Ohio, echoed by black respectability, is ugly, black, loveless, twelve-year-old Pecora. But in a world where blue-eyed gifts are clucked over and admired, and the Pecoras are simply not seen, there is always the possibility of the dream and wish - for blue eyes. Born of a mother who adjusted her life to the clarity and serenity of white households and "acquired virtues that were easy to maintain" and a father, Cholly, stunted by early rejections and humiliations, Pecora just might have been loved - for in raping his daughter Cholly did at least touch her. But "Love is never better than the lover," and with the death of her baby, the child herself, accepting absolutely the gift of blue eyes from a faith healer (whose perverse interest in little girls does not preclude understanding), inches over into madness. A skillful understated tribute to the fall of a sparrow for whose small tragedy there was no watching eye. (Kirkus Reviews)