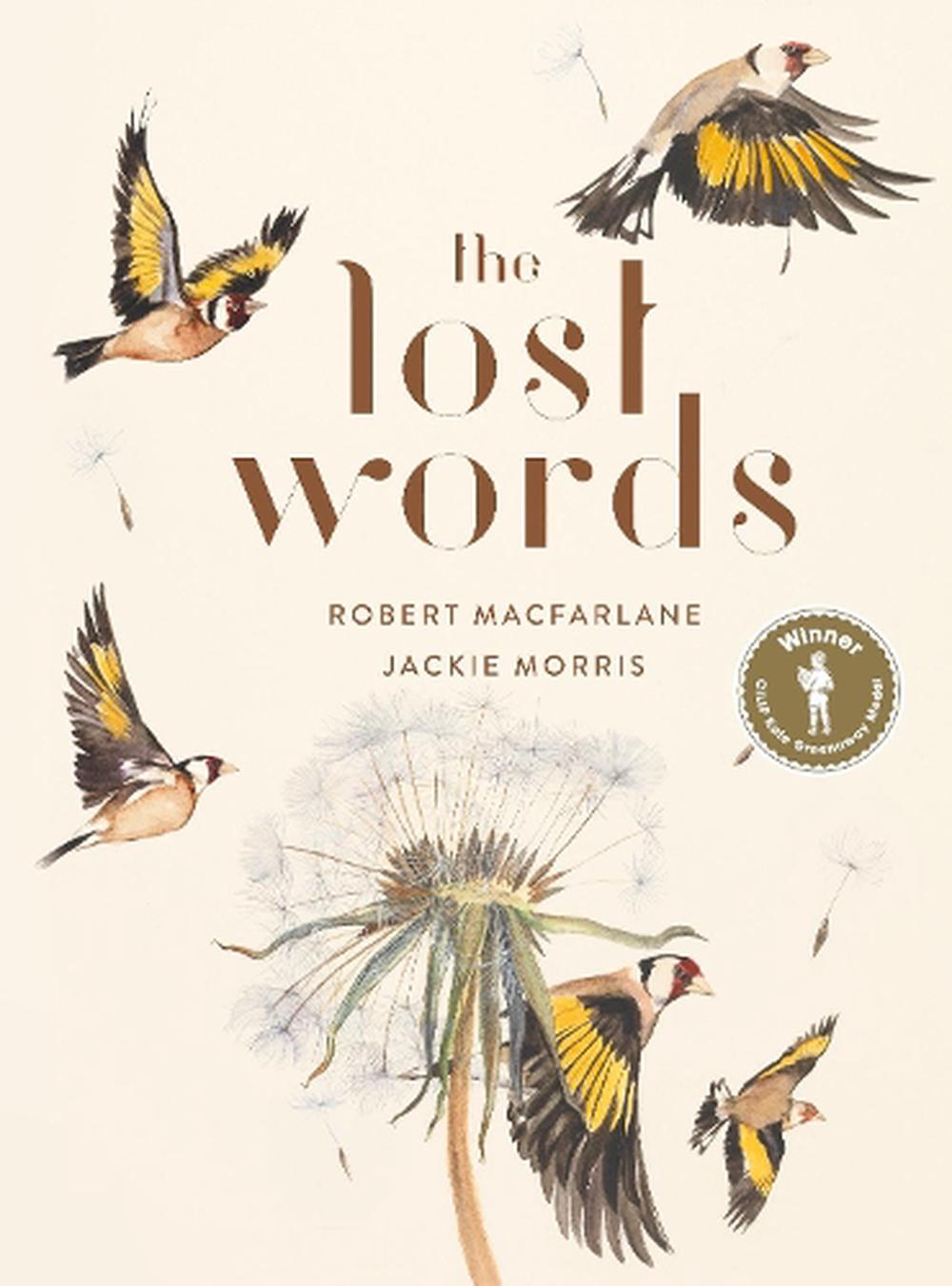 SUNDAY TIMES TOP TEN BESTSELLER'One of the most beautiful books of the year... A symphony to the wonders of the natural world, and a stand against the disappearance of wild childhood' The BooksellerFrom bestselling Landmarks author Robert Macfarlane and acclaimed artist & author Jackie MorrisAll over the country, there are words disappearing from children's lives. These are the words of the natural world -- Dandelion, Otter, Bramble and Acorn, all gone. The rich landscape of wild imagination and wild play is rapidly fading from our children's minds.The Lost Words stands against the disappearance of wild childhood. It is a joyful celebration of nature words and the natural world they invoke. With acrostic spell-poems by award-winning writer Robert Macfarlane and hand-painted illustration by Jackie Morris, this enchanting book captures the irreplaceable magic of language and nature for all ages.

Robert Macfarlane is the author of a number of bestselling and prize-winning books including The Wild Places, The Old Ways, Holloway and Landmarks. His work has been translated into many languages and widely adapted for film, television and radio, and his essays have appeared in the New Yorker, Granta and the Guardian. Most recently, the American Academy of Arts and Letters awarded him the EM Forster Award for Literature 2017. Robert Macfarlane is a Fellow of Emmanuel College, Cambridge, and is presently completing Underland, about underworlds real and imagined.Jackie Morris grew up in the Vale of Evesham and studied at Hereford College of Arts and at Bath Academy. She has illustrated for the New Statesman, Independent and Guardian, has collaborated with Ted Hughes, and has written & illustrated over forty books children's including beloved classics such as Song of the Golden Hare, Tell Me A Dragon, East of the Sun, West of the Moon and The Wild Swans. Jackie Morris lives in a cottage on the cliffs of Pembrokeshire.

Sumptuously illustrated... the poems or nature summoning spells are indebted to Gerard Manley Hopkins with rich alliteration, word-play and compound adjectives [and] the illustrations make plants and creatures luminous against backgrounds of gold leaf The Sunday Times One of the most striking and poignant picture books of the season...this giant tome contains not only beautiful illustrations but a haunting series of poems that read like a summoning back of the wild...a book in which every page seems like an act of love Herald Sumptuous...a book combining meticulous wordcraft with exquisite illustrations deftly restores language describing the natural world to the children's lexicon... The Lost Words is a beautiful book and an important one Observer A breathtaking book... Jackie Morris has created something that you could spend all day looking at... This is the kind of complexity that can enthral a child as much as an adult... Refreshingly accessible, slightly magical New Statesman My top book of the year... It is one of those children's books for ages up to 99 years. The lost words are those my generation and earlier ones used every day and which are fast disappearing, and Macfarlane's aim is to resurrect the everyday glories of our language. May he succeed Susan Hill Publisher's description. An illustrated spell-book in watercolour and gold leaf, from the rich creative minds of award-winning author Robert Macfarlane and acclaimed artist Jackie Morris. As nature vanishes from children's language and their imagination, The Lost Words stands against the loss of magic, celebrating the joy of wild childhood and wild places. Penguin

Love it!
By olan