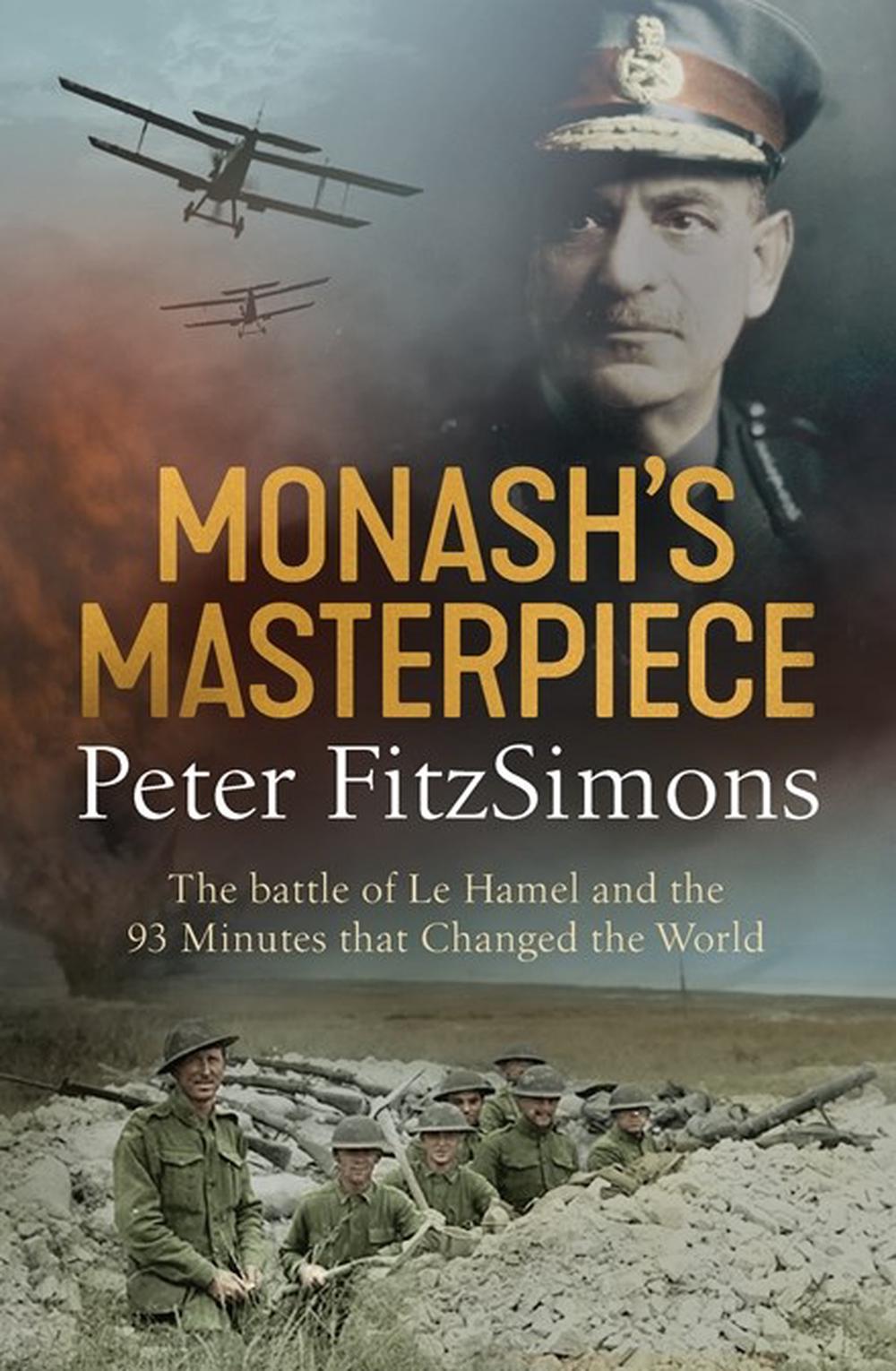 Peter FitzSimons brings to life the story of the battle of Le Hamel - the Allied triumph masterminded by Australian commander Sir John Monash, whose strategies became the blueprint for modern warfare

The Battle of Le Hamel on 4 July 1918 was an Allied triumph, and strategically very important in the closing stages of WWI. A largely Australian force, commanded by the brilliant Sir John Monash, fought what has been described as the first modern battle - where infantry, tanks, artillery and planes operated together as a coordinated force.

Monash planned every detail meticulously, with nothing left to chance. Integrated use of tanks, planes, infantry, wireless (and even carrier pigeons!) was the basis, and it went on from there, down to the details: everyone used the same maps, with updated versions delivered by motorbike despatch riders to senior commanders, including Monash. Each infantry battalion was allocated to a tank group, and they advanced together. Supplies and ammunition were dropped as needed from planes. The losses were relatively few. In the words of Monash: 'A perfected modern battle plan is like nothing so much as a score for an orchestral composition, where the various arms and units are the instruments, and the tasks they perform are their respective musical phrases.'

Monash planned for the battle to last for 90 minutes - in the end it went for 93. What happened in those minutes changed for the rest of the war the way the British fought battles, and the tactics and strategies used by the Allies.

Peter FitzSimons brings this Allied triumph to life, and tells this magnificent story as it should be told.

Peter FitzSimons is Australia's bestselling non-fiction writer, and for the past 30 years has also been a journalist and columnist with the SYDNEY MORNING HERALD and the SUN-HERALD.

He is the author of a number of highly successful books, including BURKE AND WILLS, MONASH'S MASTERPIECE, KOKODA, NED KELLY and GALLIPOLI, as well as biographies of such notable Australians as Sir Douglas Mawson, Nancy Wake and Nick Farr-Jones. His passion is to tell Australian stories, our own stories: of great men and women, of stirring events in our history.

Peter grew up on a farm north of Sydney, went to boarding school in Sydney and attended Sydney University. An ex-Wallaby, he also lived for several years in rural France and Italy, playing rugby for regional clubs. He and his wife Lisa Wilkinson - journalist, magazine editor and television presenter - have three children; they live in Sydney.

I gave this to Dad on Sunday for Father's Day & he started reading it straight away!
By Michelle