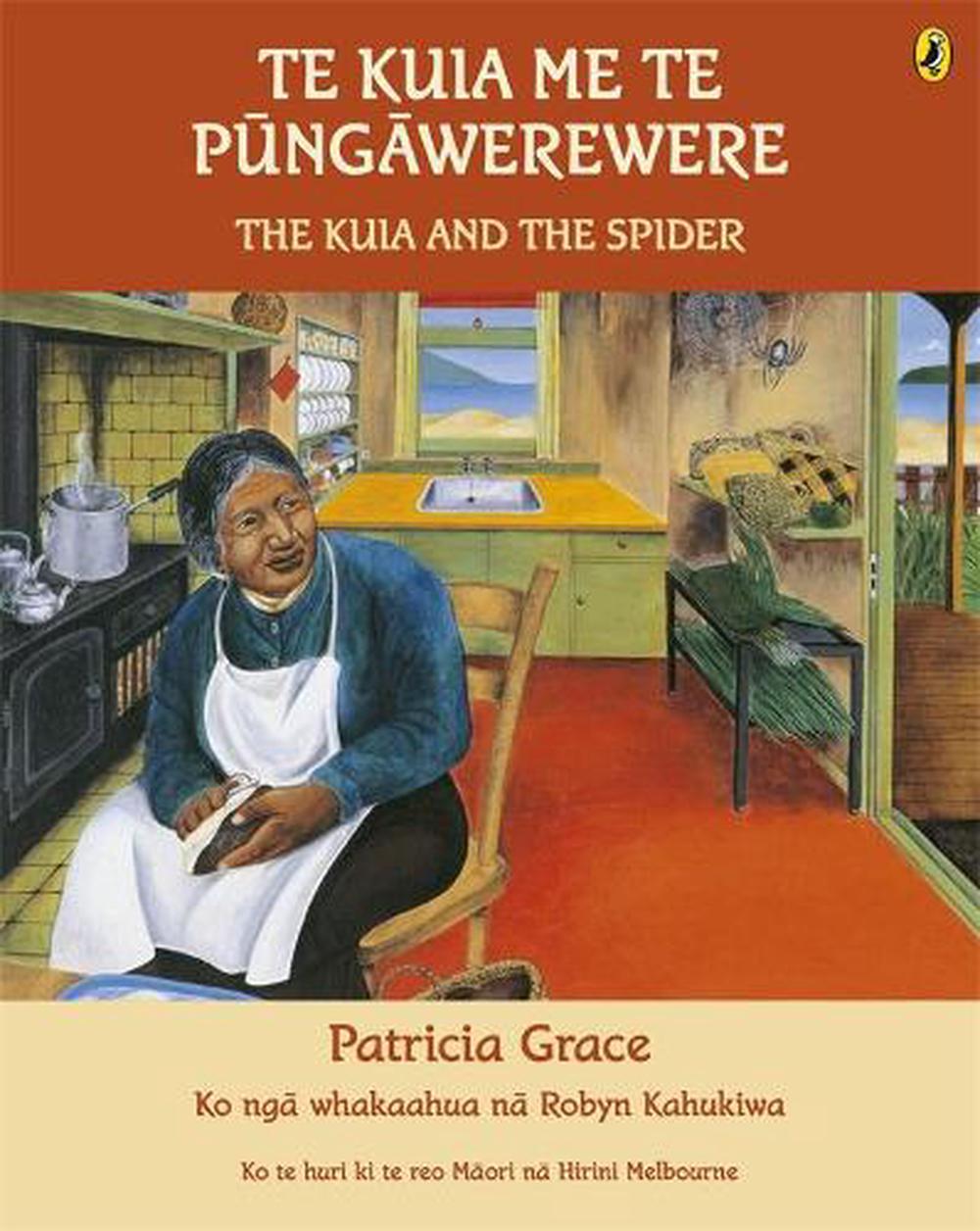 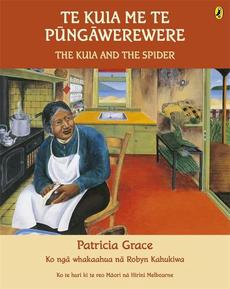 A bilingual Maori and English edition of Patricia Grace and Robyn Kahukiwa's award-winning picture book. Tera tetahi kuia ko tana mahi he raranga whariki, raranga kete hoki. I te koko o tona kihini e noho ana he pungawerewere ko tana mahi he hanga whare tukutuku. Mai i te putanga i te 1981, kua noho Te Kuia me te Pungawerewere a Patricia Grace raua ko Robyn Kahukiwa hei tino paki turoa no Aotearoa. Once there was a kuia who made mats and baskets In the corner of her kitchen lived a spider who made webs. Since its publication in 1981, Patricia Grace and Robyn Kahukiwa's award-winning story about two old friends bickering over whose weaving is best has become a New Zealand classic.

Patricia Grace (Author) Patricia Grace is one of New Zealand's most celebrated writers. She has published seven novels and seven short-story collections, as well as a number of books for children and works of non-fiction. Among numerous awards, her children's story The Kuia and the Spider won the Children's Picture Book of the Year and she has also won the New Zealand Book Awards For Children and Young Adults Te Kura Pounamu Award. She lives in Plimmerton. Robyn Kahukiwa (Illustrator) Robyn Kahukiwa (Ngati Porou) is a highly regarded New Zealand contemporary artist and award-winning author and illustrator of children's books. She is best known for her work drawing on Maori symbolism and mythological figures as well as for her staunch support of Maori women's rights. She has written and illustrated over a dozen books and in 2011 Kahukiwa was awarded Te Tohu Toi Ke a Te Waka Toi/Making a Difference Award for her contribution to Maori arts. Hirini (Syd) Melbourne (Translator) Hirini Melbourne (1949-2003) of Ngai Tuhoe and Ngati Kahungunu was an internationally acclaimed performing artist and composer, and a tohunga of making and playing traditional Maori instruments. He was appointed an Officer of the New Zealand Order of Merit in 2003 for services to Maori language, music and culture and posthumously inducted into the New Zealand Music Hall of Fame in 2009.