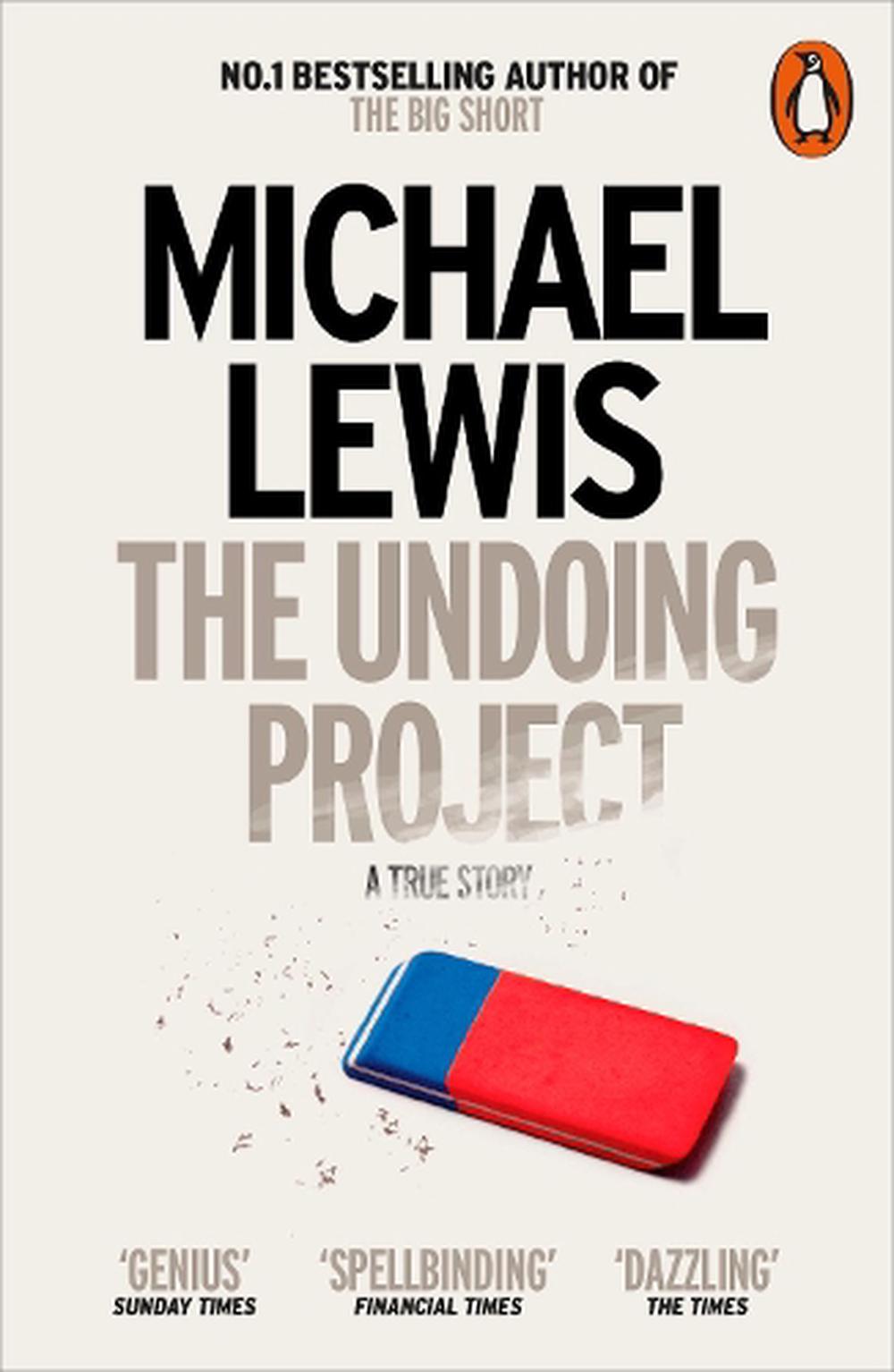 'There are geniuses who work on their own. Together, we are exceptional.' Daniel Kahneman and Amos Tversky met in war-torn 1960s Israel. Both were gifted young psychology professors- Kahneman a rootless son of holocaust survivors who saw the world as a problem to be solved; Tversky a voluble, instinctive blur of energy. In this breathtaking new book, Michael Lewis tells the story of how their unlikely friendship became one of the greatest partnerships in science - until, tragically, it started to unravel. Their ideas, shows Lewis, helped shape our world - revolutionising everything from Big Data to medicine, money to sport - and changed humankind's view of its own mind.

Michael Lewis was born in New Orleans and educated at Princeton University and the London School of Economics. He has written several books including the New York Times bestsellers Liar's Poker, widely considered the book that defined Wall Street during the 1980s, and The Big Short, 'probably the single best piece of financial journalism ever written' (Reuters). Lewis is contributing writer for The New York Times Magazine and also writes for Vanity Fair and Portfolio Magazine.

Michael Lewis could spin gold out of any topic he chose ... his best work ... vivid, original and hard to forget -- Tim Harford Financial Times Gripping ... There is war, heroism, genius, love, loss, discovery, enduring loyalty and friendship. It is epic stuff ... Michael Lewis is one of the best non-fiction writers of our time. The writing has wit, passion and scientific credibility -- Pete Lunn Irish Times Michael Lewis is perhaps my favourite writer full stop ... he engages both heart and brain like no other author, and he tells the story of Tversky and Kahneman beautifully -- Robert Colville Telegraph Part biography of a friendship and part account of psychology's impact, while also taking in much of modern Israel's history, this is a fine showcase of Mr Lewis's range ... it is a story of remarkable individuals succeeding through innovative ideas ... Lewis has managed the unusual feat of interweaving psychology and the friendship between two men Economist Leaves you feeling cleverer -- Katie Law Evening Standard Michael Lewis is perhaps my favourite writer full stop. At his best, Lewis engages both heart and brain like no author, and he tells the story of Tversky and Kahneman beautifully... the final sections will have you weeping -- Robert Colvile Daily Telegraph I normally write two or three pages of notes when reviewing a book. On this occasion I scribbled six, often in high excitement. Lewis has a strong journalist's sense of a good story and the book is dotted with hundreds. He also has a feeling for pace and intensity. Although this is an easy read, nothing is wasted and everything seems to be in the right place. And what a story it is! -- Bryan Appleyard Sunday Times Kahneman and Tversky's deep friendship and intellectual collaboration has arguably done as much to define our world as, say, the intertwining between Francis Crick and James Watson... Michael Lewis, with his great gift for humanising complex and abstract ideas, is exactly the storyteller Tversky and Kahneman deserve. -- Tim Adams Observer A new book by Michael Lewis promises an absorbing story, dazzling ideas, journalistic flair and originality. He achieves this with extraordinary consistency. In The Undoing Project he has achieved it again. -- Danny Finkelstein The Times Michael Lewis is a brilliant writer... The Undoing Project is a masterclass in narrative non-fiction -- Steven Poole Spectator

It tells the story about these two respected researchers, who were so incremental to the development of decision sciences
By Nataliya