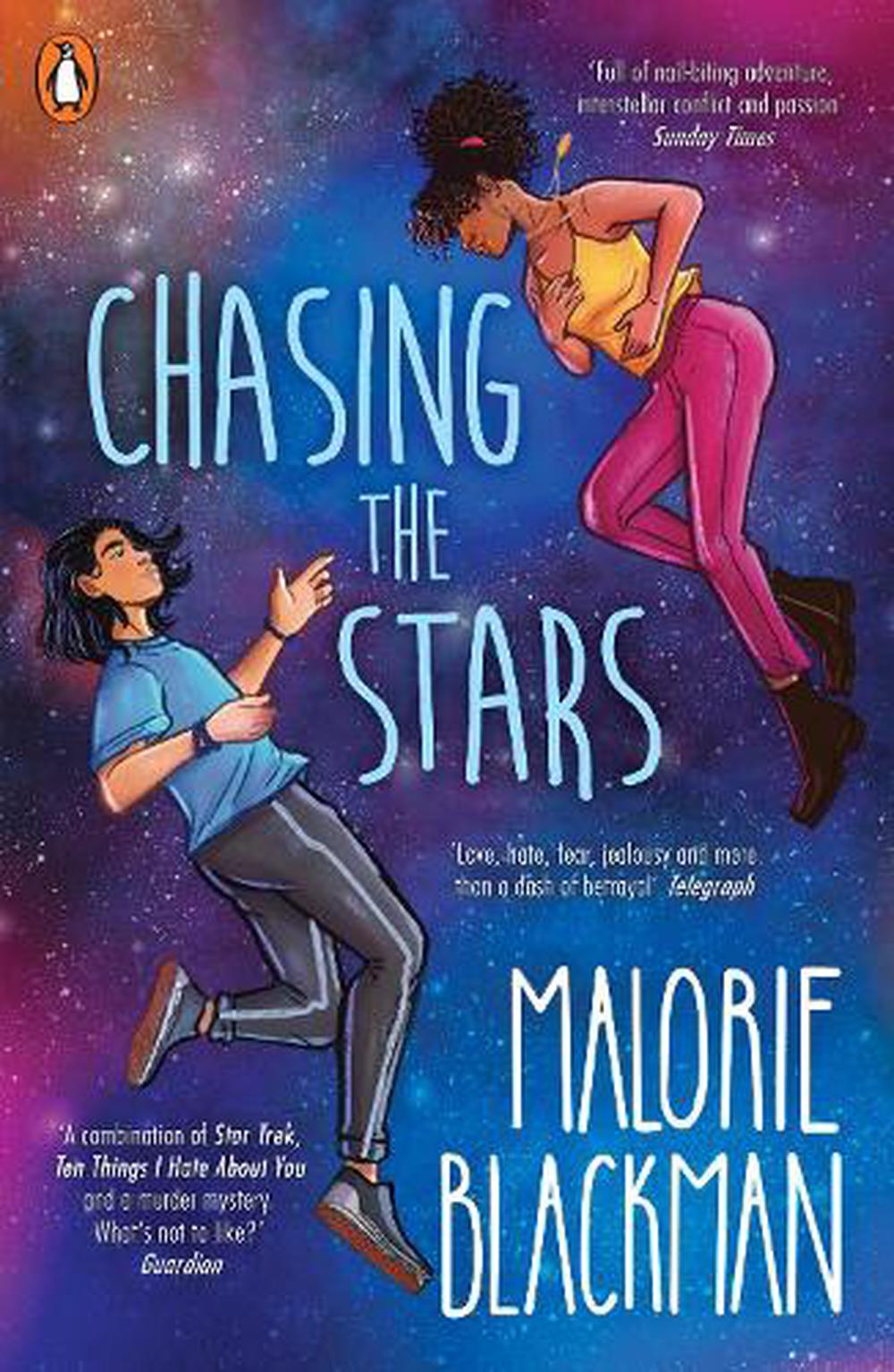 Olivia and her twin brother, Aidan, are heading alone back to Earth following the virus that completely wiped out the rest of their crew, and their family. Nathan is part of a community heading in the opposite direction. But on their journey Nathan's ship is attacked and most of the community killed. Only a few survive. Their lives unexpectedly collide. Nathan and Vee are instantly attracted to each other, deeply, head over heels - like nothing they have ever experienced. But not everyone is pleased. And surrounded by rumours, deception - even murder - is it possible to live out a happy ever after . . . ?

MALORIE BLACKMAN has written over sixty books and is acknowledged as one of today's most imaginative and convincing writers for young readers. She has been awarded numerous prizes for her work, including the Red House Children's Book Award and the Fantastic Fiction Award. Malorie has also been shortlisted for the Carnegie Medal. In 2005 she was honoured with the Eleanor Farjeon Award in recognition of her contribution to children's books, and in 2008 she received an OBE for her services to children's literature. She has been described by The Times as 'a national treasure'. Malorie Blackman was the Children's Laureate 2013-15.

A gripping two-hander. -- Alex O'Connell The Times - Children's Book of the Week ...with love, danger, treachery, jealousy and tragedy . . . I read it in two breathless sittings and I absolutely loved it. -- Fiona Noble The Bookseller The former Children's Laureate is never afraid to tackle challenging issues . . . a thrilling love story. Mail on Sunday - Children's Book of the Month Full of nail-biting adventure, interstellar conflict and then passion . . . keeps us guessing to the last. -- Nicolette Jones The Sunday Times - Children's Book of the Week A combination of Star Trek, Ten Things I Hate About You and a murder mystery. What's not to like? -- Tony Bradman Guardian [This] gripping story has plenty of strong emotions to play with: love, hate, fear, jealousy and more than a dash of betrayal. Telegraph

Short-listed for "The Bookseller" YA Book Prize 2017