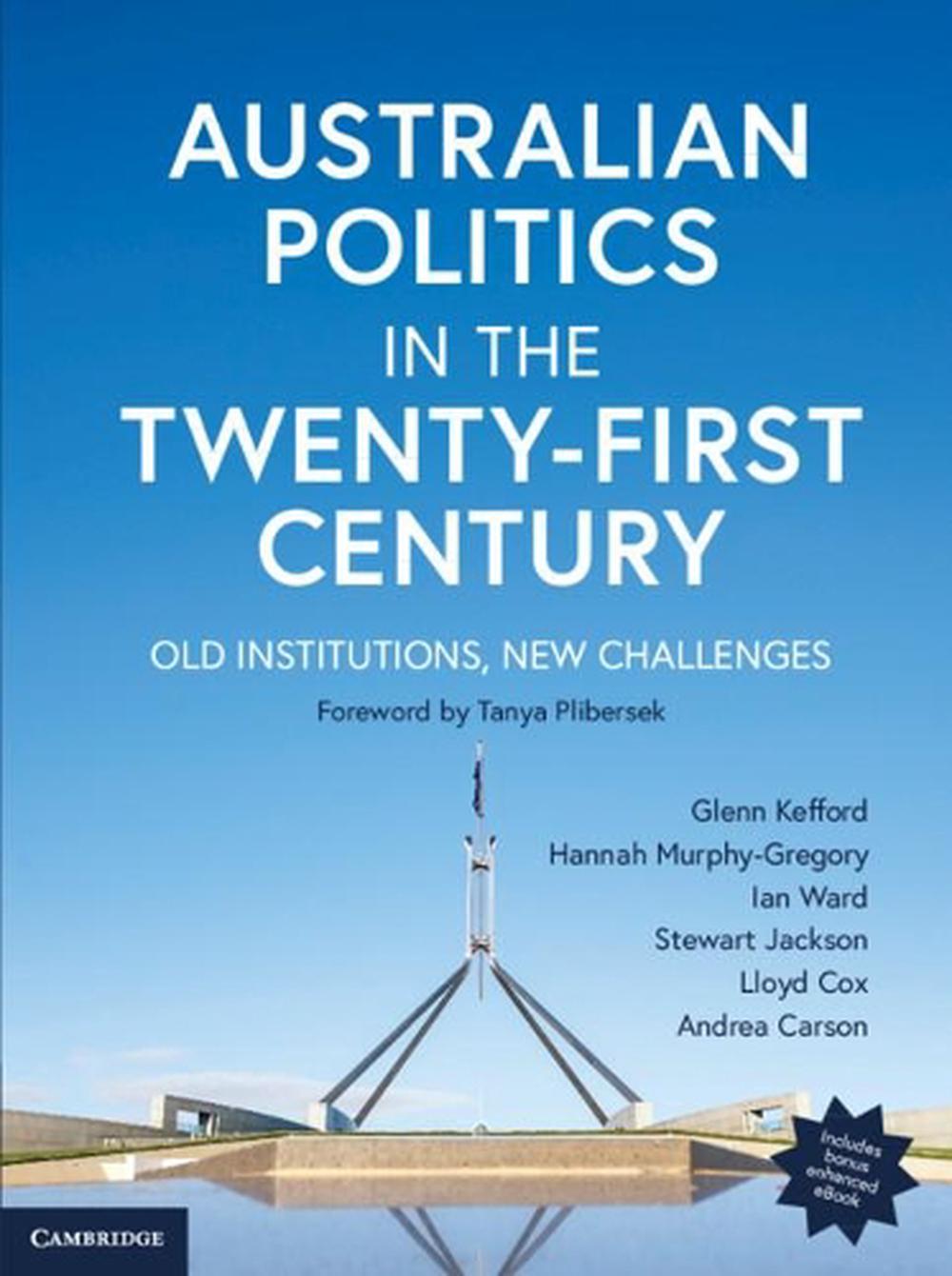 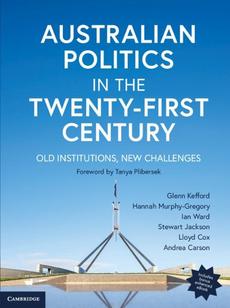 Australian Politics in the Twenty-First Century presents the many moving parts of Australia's political system from an institutional perspective. It equips students with the requisite foundational knowledge, and encourages them to critically examine the complex interplay between a centuries' old system and a diverse, modern Australian society.

Australian Politics in the Twenty-First Century brings to life traditional institutions, theories and concepts by considering the key question: how are Australia's political institutions holding up in the face of the new challenges, dynamics and turbulence that have emerged and intensified in the new millennium? This approach encourages students to critically examine the complex interplay between a centuries' old system and a diverse, modern Australian society. This text presents the many moving parts of Australia's political system from an institutional perspective: the legislative and judiciary bodies, as well as lobby groups, the media, minor parties and independents, and the citizenry - institutions not often considered but whose influence is rapidly increasing. Student learning is supported through learning objectives, key terms, discussion questions, further readings and breakout boxes that highlight key theories, events and individuals. The extensive resources available in the VitalSource interactive eBook reaffirm comprehension and extend learning.

Glenn Kefford is a Lecturer in the Department of Modern History, Politics and International Relations at Macquarie University, Sydney. His research focusses on Australian and comparative politics with an emphasis on political parties, elections and campaigning. He has published widely on these topics and is a regular contributor to the media. Hannah Murphy-Gregory is a Lecturer in Politics and International Relations Program of the School of Social Sciences at the University of Tasmania. She specializes in the roles and impacts of NGO campaigns on contentious social, economic and environmental issues. Her published works analyze the roles and impact of NGOs in policy-making at the local, national, and global levels in diverse issue areas ranging from marine governance, public health, international trade, labor standards, and foreign investment rules. Dr Murphy-Gregory's research is published in a range of international outlets including Environmental Politics, Review of International Political Economy, and Global Policy. Ian Ward is an Honorary Associate Professor at the University of Queensland where he previously taught politics for many, many years. He has contributed to various introductory Australian politics texts, including several editions of Politics One (2009). He has written extensively about political parties and politics and the media. Stewart Jackson is lecturer in the Department of Government and International Relations at the University of Sydney, Australia. He researches Green and environmental parties in the Asia Pacific. He also has research interests in the structure and composition of social movement mobilizations in Australia. His previous book, The Australian Greens: From Activism to Australia's Third Party, was published in 2016, and he is currently working on a new monograph on the life and times of Australian antinuclear activist and former Green Senator, Jo Vallentine. Lloyd Cox is a lecturer in Politics and International Relations at Macquarie University, Sydney, having previously taught at La Trobe University and the US Studies Centre at the University of Sydney. His varied research and publications include articles on Australian politics, US politics, nationalism and globalization, and revenge in international politics. More recently, his research has turned to exploring the relationship between politics and collective emotions. He teaches units on Australian and US politics, and is particularly interested in the pedagogy around more effectively communicating political ideas to undergraduate students. Andrea Carson is Lecturer in Political Science at the University of Melbourne. She is also an honorary fellow with the University's Centre for Advancing Journalism. Her work examines changes in the news media - with a focus on investigative journalism - and the role of digital media technologies. She is a chief Investigator of an Australian Research Council Discovery Award (2018-2020) examining influences, such as the media, on public policy decision-making. She has done extensive research on journalism, Australian politics and public policy. Other research interests include party representation, voter behavior and election campaigning. Andrea teaches courses on 'political communication', politics and the media', and 'campaigns and elections'. She has worked as a print journalist (The Age); radio (ABC) and TV producer (ABC 7:30), and as a radio broadcaster (3RRR).

Slightly misprinted in sections but otherwise good.
By Oliver