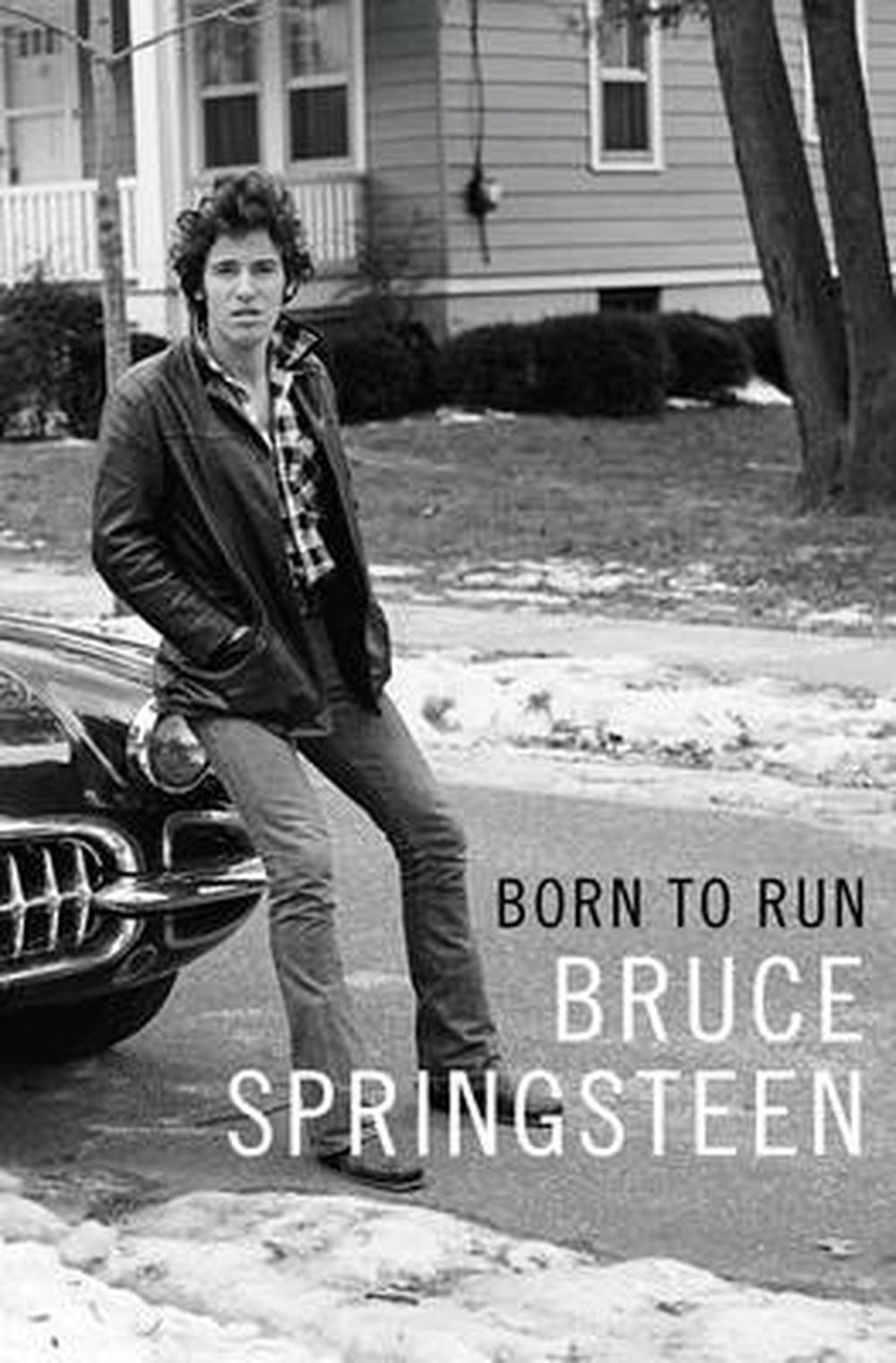 A revelatory memoir by a legendary rock star, Bruce Springsteen's BORN TO RUN will be the book of 2016.

THE NUMBER ONE BESTSELLER 'Writing about yourself is a funny business...But in a project like this, the writer has made one promise, to show the reader his mind. In these pages, I've tried to do this.' -Bruce Springsteen, from the pages of Born to Run In 2009, Bruce Springsteen and the E Street Band performed at the Super Bowl's halftime show. The experience was so exhilarating that Bruce decided to write about it. That's how this extraordinary autobiography began. Over the past seven years, Bruce Springsteen has privately devoted himself to writing the story of his life, bringing to these pages the same honesty, humour and originality found in his songs. He describes growing up Catholic in Freehold, New Jersey, amid the poetry, danger and darkness that fuelled his imagination, leading up to the moment he refers to as 'The Big Bang': seeing Elvis Presley's debut on The Ed Sullivan Show. He vividly recounts his relentless drive to become a musician, his early days as a bar band king in Asbury Park, and the rise of the E Street Band. With disarming candour, he also tells for the first time the story of the personal struggles that inspired his best work, and shows us why the song 'Born to Run' reveals more than we previously realized. Born to Run will be revelatory for anyone who has ever enjoyed Bruce Springsteen, but this book is much more than a legendary rock star's memoir. This is a book for workers and dreamers, parents and children, lovers and loners, artists, freaks or anyone who has ever wanted to be baptized in the holy river of rock and roll. Rarely has a performer told his own story with such force and sweep. Like many of his songs ('Thunder Road', 'Badlands', 'Darkness on the Edge of Town', 'The River', 'Born in the U.S.A.', 'The Rising', and 'The Ghost of Tom Joad', to name just a few), Bruce Springsteen's autobiography is written with the lyricism of a singular songwriter and the wisdom of a man who has thought deeply about his experiences.

Bruce Springsteen has been inducted into the Rock and Roll Hall of Fame, the Songwriters Hall of Fame, and the New Jersey Hall of Fame. He is the recipient of twenty Grammy Awards, the Academy Award, and the Kennedy Center Honors. He lives in New Jersey with his family.

'The best stories happen to those who are best equipped to tell them... Born to Run is the most accomplished of the recent cavalcade of autobiographies by retirement-age rockstars... he has the storyteller's knack for turning experience into narrative' New Statesman 'The origin of poetry, thought William Wordsworth, was emotion recollected in tranquillity. That motto describes both Mr Springsteen's memoir and the appeal of his songs' Economist '[He] pulls us into his life with the panache of a thriller writer... Springsteen writes humbly, personally, as though he and the reader are the last two people in the bar and neither are ready to put the cork back in the whiskey just yet. His writing, like his music, is a simple pleasure' Independent 'The musician's memoir is as generous and open as his marathon live shows... Rock's premier action hero has written a brave and engrossing memoir.' Financial Times '... a heartfelt memoir... there is a fearlessness to his prose, a willingness to engage with his past, that chimes with his songwriter's desire to give voice to the people around him.' Sunday Times 'For the Springsteen fan, this book is the definitive commentary on every note he has played. For the rest of us, it is a road trip into the American soul.' The Times 'There's a great book inside this book, and it isn't hiding. It's there to be read and it's wonderful.' -- Roddy Doyle Irish Times 'Springsteen can write-not just life- imprinting song lyrics but good, solid prose that travels all the way to the right margic...And like a fabled Springsteen concert-always notable for its deck-clearing thoroughness -Born to Run achieves the sensation that all the relevant questions have been answered by the time the lights are turned out. He delivers the story of Bruce-in digestibly short chapters-via an informally steadfast Jersey plainspeak that's worked and deftly detailed and intimate with its readers-cleareyed enough to say what it means when it has hard stories to tell, yet supple enough to rise to occasions requiring eloquence-sometimes rather pleasingly subsiding into the syntax and rhythms of a Bruce Springsteen song.' New York Times Book Review 'Intensely satisfying...Born to Run is, like his finest songs, closely observed from end to end. His story is intimate and personal, but he has an interest in other people and a gift for sizing them up...' New York Times 'Frank and gripping.' Atlantic 'An utterly unique, endlessly exhilarating, last-chance-power-drive of a memoir.'

'Memoirs usually rearrange events to suit the author and downplay their shortcomings. Springsteen doesn't spare himself.'

By John
His unique lyrical and storytelling brilliance shines through in this very candid recount of his life and time growing up and making it in the music business, along with interesting stories of his meetings and influences with some very prolific singers and songwriters including Bob Dylan, Roy Orbison, Jackson Browne amongst many others. Made all the more special having just seen Jackson Browne live recently while reading the book ties together in a more personal way. In some ways you feel like Bruce is welcoming you into his family as you read, very special indeed and a thoroughly enjoyable and memorable read - love it!
By Jim