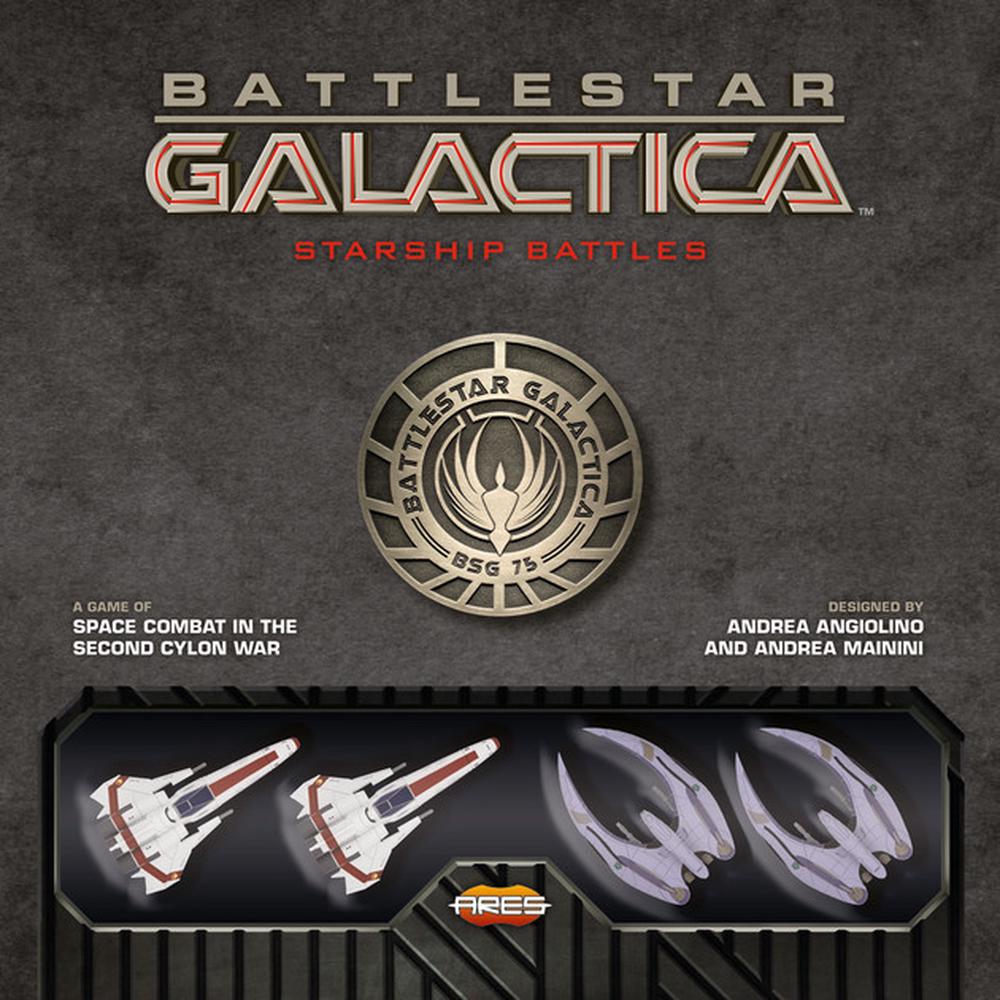 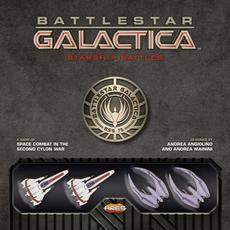 After 4,571 days, the Cylon War ended with a sudden armistice. Peace lasted 40 years. But now the Cylons are back, as erce and combative as ever. They want to exterminate what remains of Mankind. And they have a plan. The Twelve Colonies are wasted and in ruins. But the Colonial Fleet is there, to face Cylon spaceships and protect what it is left of Mankind.

In Battlestar Galactica Starship Battles, players take control of Colonial and Cylon spaceships and face each other in furious dog ghts and daring missions. The innovative game system Features easy to learn rules, a unique set of maneuver cards for each spaceship, and two exclusive devices the control panel and the rotating miniature base. You will be able to relive on your tabletop the exciting combat sequences from the TV series, just a few minutes after opening the box!

This Starter Set is a complete game, but it is also your starting point for the whole range of Battlestar Galactica Starship Battles products.