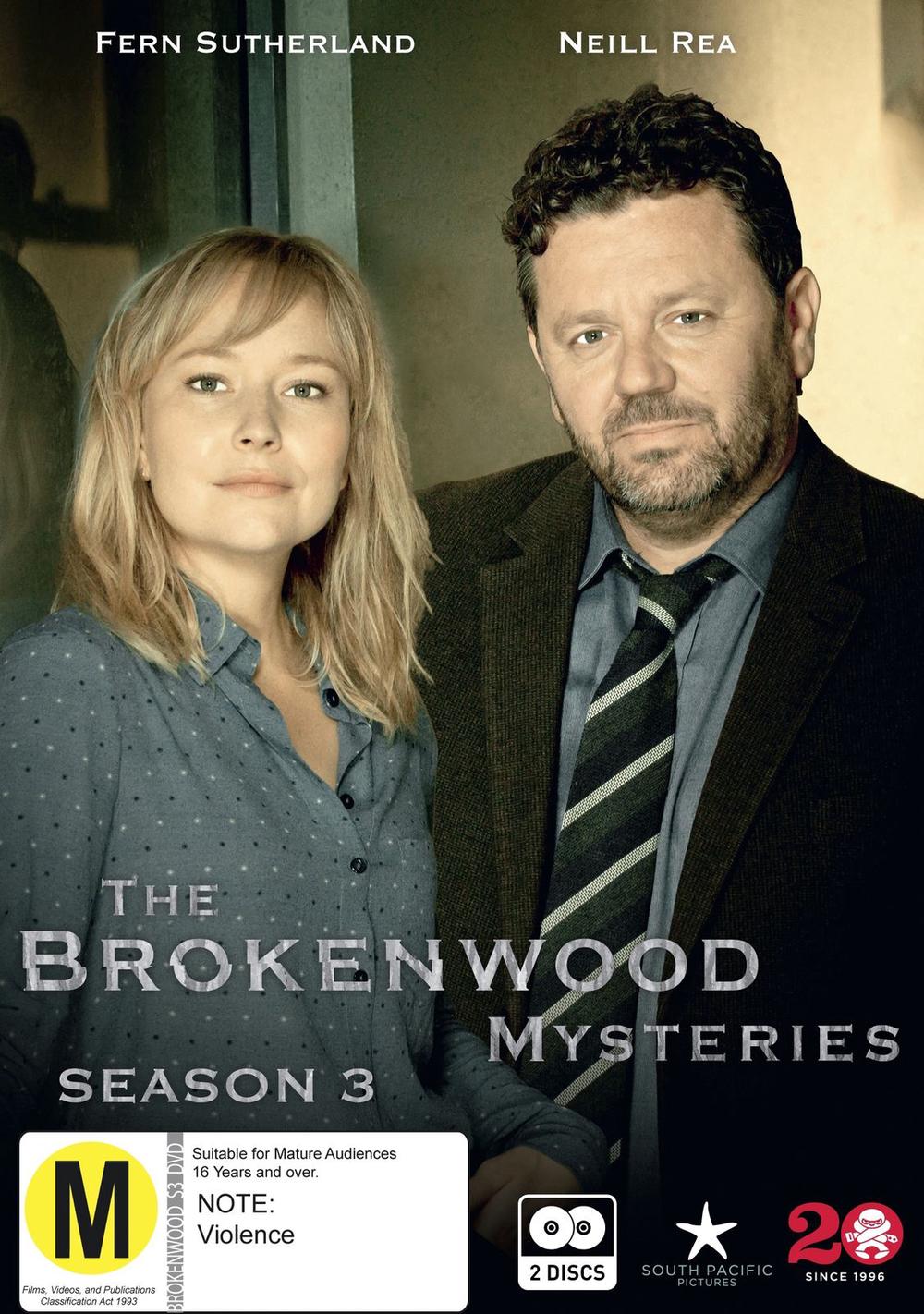 Mystery 9: The Black Widower The Frog and Cheetah’s publican, Ray Neilson, has branched into tourism with his ‘Lord of the Ringz Tours’ tailored to non-English speaking tourists. But when Ray’s wife Debbie is discovered dead under a giant foam spider in a supposed film location of Mirkwood things get ‘mirky’. Especially when Debbie’s cause of death is revealed to be from New Zealand’s only native venomous spider – the Katipo. But if it was, how did one spider administer ten times the lethal dose? Was her death karma for her dodgy deals or revenge from other disgruntled local tourism operators? Regardless of motive it was definitely murder.
Mystery 10: Over Her Dead Body Brokenwood is in mourning as beloved local poet Declan O’Grady is being farewelled at St Judas Church after being struck down by cancer. But things go from bad to worse when his coffin accidentally falls from the hearse revealing that the corpse inside is not Declan but a young woman identifiable only by a notable scarlet tattoo. Mike, Kristin and Breen set about unraveling a strange set of circumstances. The last to see Declan’s body was the hapless funeral director Warren Bugle who leads them back to Wadsworth Manor where a mysterious role playing game was conducted the night before Declan’s death. It turns out the tattooed woman may have been a player in what was to ultimately be her final game.
Mystery 11: The Killing Machine The annual Riverstone Beach Hop brings classic car enthusiasts together from far and wide to celebrate everything petrol powered and chrome plated. But on the morning of the event Charlie Baxter, the Chairman of the Classic Car Restoration Society, is found dead next to his beloved El Dorado with a lungful of gasoline. Petrol siphoning accident or something more deliberate? And does it have anything to do with the unidentified dead body found in Charlie’s garage the day before? The last person to see Charlie alive may have been Jared Morehu’s best mate Greg McQueen who has just pulled into town driving a hot rod called – The Killing Machine, with Jared’s ex-girlfriend riding shotgun.
Mystery 12: A Merry Bloody Christmas With December approaching Brokenwood is alive and well with Christmas spirit. That is until a gruesome sight confronts Mike and his team; Santa Claus with his throat slit. Or as Mike insists – ‘not Santa, but a man dressed in a Santa suit’. The man is in fact the much-loved local Mayor, Evan Whitestone, who dresses as Santa every year for the Christmas parade. But with local elections looming, attention turns to his four rivals for the mayoral chains. Each of them has an axe to grind with Evan or, in this case - a cut throat razor.

very good series 1,2 and3
By Michael