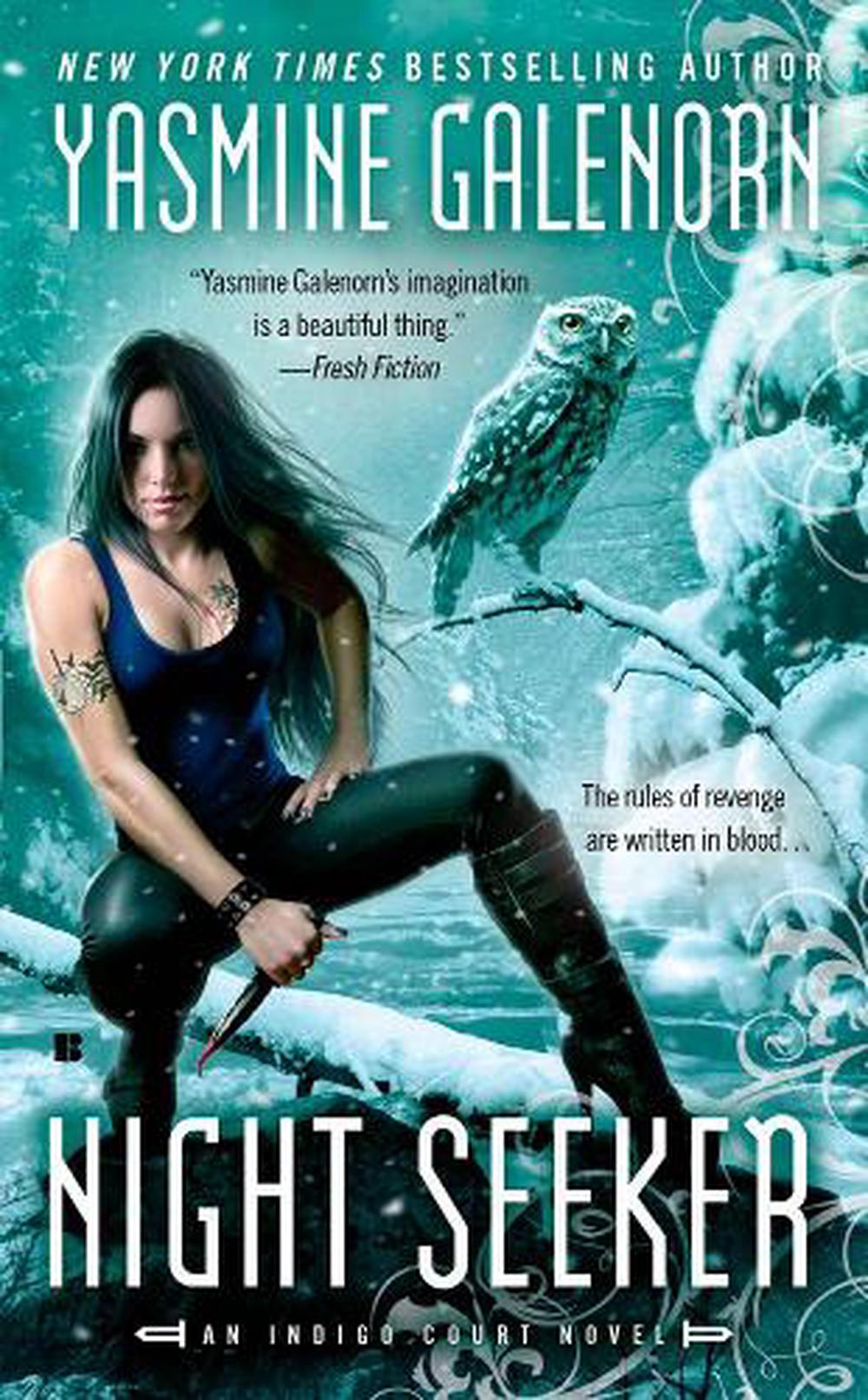 "Eons ago, vampires tried to turn the dark Fae to harness their magic, only to create a demonic enemy more powerful than they could have imagined. Now, the Vampiric Fae are on the move, hunting anyone in their path. As the war with the vampires ratchets up, Myst, Queen of the Indigo Court, enshrouds New Forest in her chilling grasp. " Cicely Waters, owl shifter and Wind Witch, has rescued the Fae Prince Grieve at a great cost. Their reunion has lost them the allegiance of the Summer Queen—and the tolerance of the vampires. In desperation they turn to the Consortium for help. Now, to regain the good will of Lainule, they must dare to enter the heart of Myst's realm. But as Cicely and Grieve embark on their search for the heartstone of Summer, Winter is already wreaking her terrifying revenge.

Yasmine Galenorn knows the Tarot. She has been a professional Tarot reader for ten years and has practiced the Craft since 1980, studying intensively both as a solitary and with others. As a Priestess of Mielikki and Tapio, she has led numerous public and private rituals. Furthermore, she is a multi-talented author, and public speaker, currently residing in Washington with her cats and husband Samwise.

Galenorn holds a degree in Theatrical Management and Creative Writing and has a background in the performing arts. In addition, she has authored several books on the subjects of witchcr

"Yasmine Galenorn's imagination is a beautiful thing."--Fresh Fiction "Yasmine Galenorn is a sheer force of nature, a sorceress whose wand and cup are ink and paper. The magick she weaves with the written word is iresistible."--Maggie Shayne, New York Times bestselling author

"Yasmine Galenorn's imagination is a beautiful thing."-- Fresh Fiction "Yasmine Galenorn is a sheer force of nature, a sorceress whose wand and cup are ink and paper. The magick she weaves with the written word is iresistible."--Maggie Shayne, New YorkTimes bestselling author

The latest in the popular Indigo Court series from popular author Yasmine Galenorn. Galenorn's previous books have combined sales of over 24,000 in the UK. Galenorn is also the author of the New York Times bestselling Otherworld series (Jove). Yasmine Galenorn's website can be found at galenorn.com and she is active on social media. Paranormal romance is extremely popular with the release of the final Twilight (Summit) film and True Blood (HBO).