Adults In The Room

PUBLISHED: 3rd May 2018
ISBN: 9781784705763
ANNOTATION:
** The Sunday Times #1 Bestseller** 'One of the greatest political memoirs of all time' Guardian What happens when you take on the European establishment? 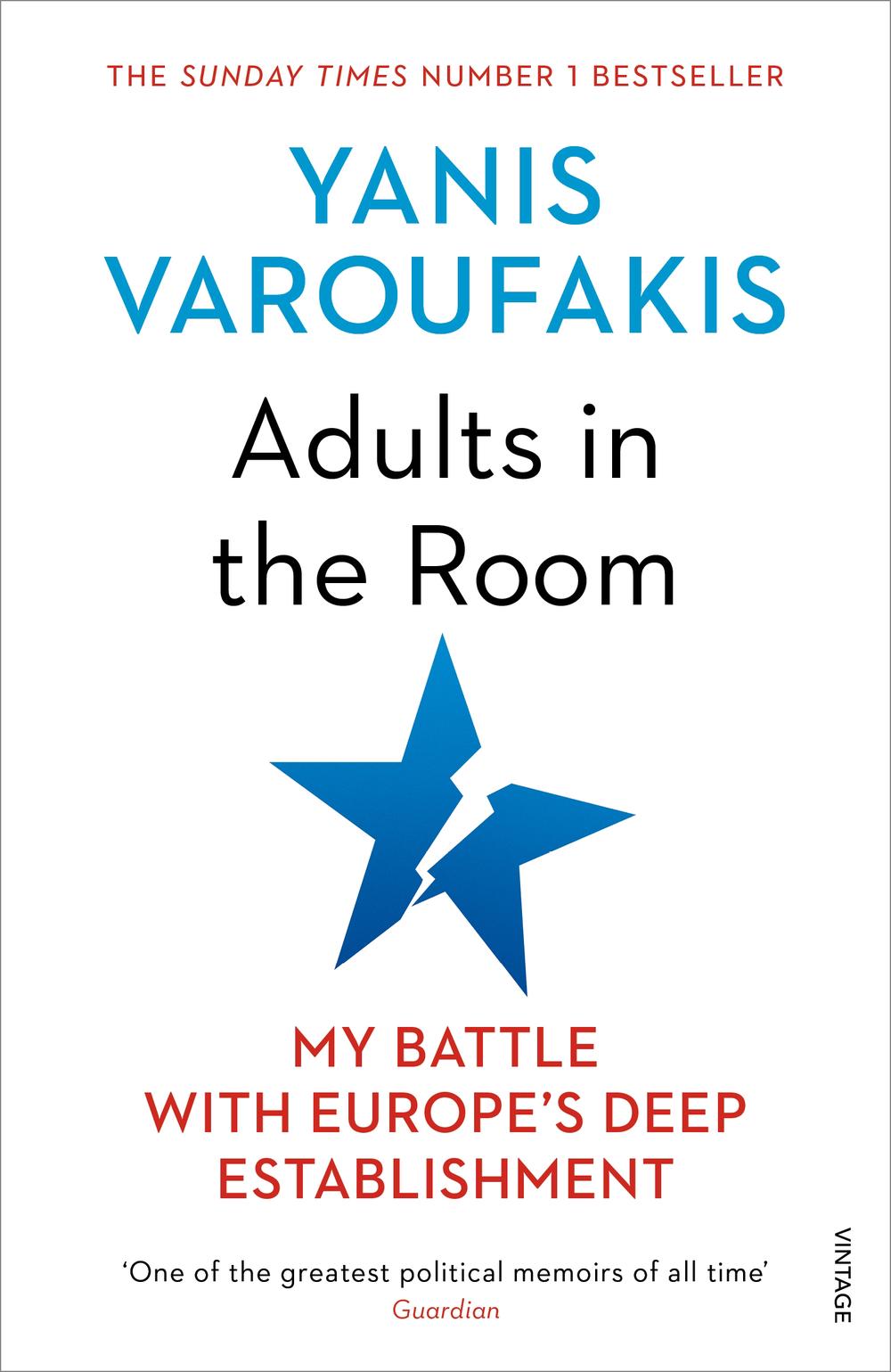 OTHER FORMATS:
PUBLISHED: 3rd May 2018
ISBN: 9781784705763
ANNOTATION:
** The Sunday Times #1 Bestseller** 'One of the greatest political memoirs of all time' Guardian What happens when you take on the European establishment?

'One of the greatest political memoirs of all time' Guardian

What happens when you take on the European establishment?

'One of the greatest political memoirs of all time' Guardian

What happens when you take on the European establishment?

Read as world-famous, provocative economist, and former Greece finance minister, Yanis Varoufakis, blows the lid on his battle with EU officials over the Greek debt crisis.

Varoufakis sparked one of the most spectacular and controversial battles in recent political history with his attempt to renegotiate Greece's relationship with the European Union. Yet despite the mass support of the Greek people, and simple logic of his arguments, he succeeded only in provoking the fury of Europe's political, financial and media elite. Exposing the real business taking place behind the EU's closed doors, Varoufakis reveals all in this fearless, personal account. Adults In The Room is an extraordinary tale of brinkmanship, hypocrisy, collusion and betrayal that will shake the European and economic establishment to its foundations.

Varoufakis is sending out an urgent wake-up call to renew European democracy before it is too late.

ONE OF THE GUARDIAN'S 100 BEST BOOKS OF THE 21st CENTURY

Yanis Varoufakis is the former finance minister of Greece and the author of a memoir, Adults in the Room, and a history, And the Weak Suffer What They Must?, which reveal and explain the catastrophic mishandling of Europe since the financial crisis. Both were number one bestsellers. His latest bestseller is Talking To My Daughter About the Economy- A Brief History of Capitalism. Born in Athens in 1961, Yanis Varoufakis was for many years a professor of economics in Britain, Australia and the USA before he entered government and is currently Professor of Economics at the University of Athens. Since resigning from Greece's finance ministry he has co-founded an international grassroots movement, DiEM25, campaigning for the revival of democracy in Europe and speaks to audiences of thousands worldwide.

This is a superbly written account of the struggle to alleviate the austerity imposed upon the Greek people by the eurozone. Greece, argues Varoufakis, has been put in a debtors' prison and robbed of autonomy and dignity for the indefinite future. Critics would argue that he failed as finance minister in 2015 because he was insufficiently politic. More plausibly, he could never have succeeded, such were the vested interests arrayed against him. This outcome was - and is - a tragedy, because he was - and is - right. The bulk of Greek debt should indeed be cancelled outright. Read and weep -- Martin Wolf, Financial Times Summer Reads The most jaw-dropping segments are the accounts of phone calls and closed-door meetings - often verbatim, courtesy of his secret recordings - between ministers and technocrats ... We see duplicity and cynicism ruling supreme .. A convincing critique ... Our own government should take note Daily Telegraph A tremendously indiscreet account ... drawing upon his own audio recordings and diaries of top-level meetings. It is deeply personal and very well written Financial Times An important, terrifying must-read. In particular, it anatomises the way in which EU leaders operate with a brutal clarity ... shocking and ultimately tragic ... He gets to the heart of their failure more acutely than anyone ... Varoufakis has the greatest political virtues of all - courage and honesty The Times Varoufakis has written one of the greatest political memoirs of all time [and] one of the most accurate and detailed descriptions of modern power ever written Guardian

An explosive, headline-making account from the world-famous economist of what happens when you take on the EU establishment