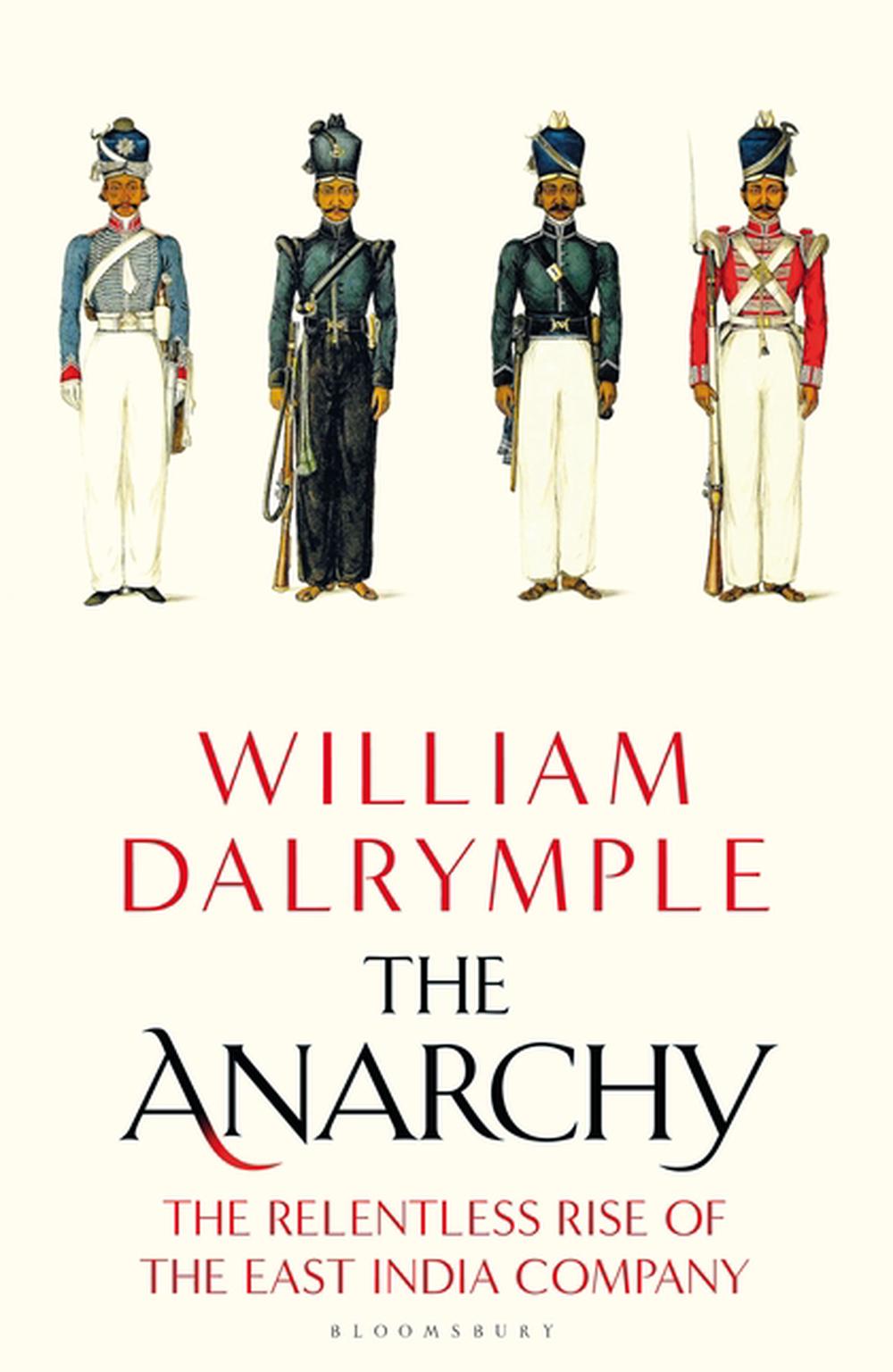 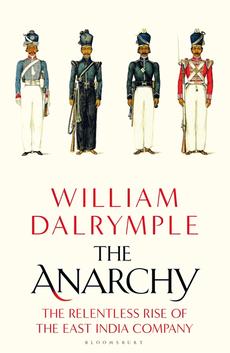 In August 1765 the East India Company defeated and captured the young Mughal emperor and forced him to set up in his richest provinces a new government run by English traders who collected taxes through means of a vast and ruthless private army.

The creation of this new government marked the moment that the East India Company ceased to be a conventional international trading corporation, dealing in silks and spices, and became something much more unusual: an aggressive colonial power in the guise of a multinational business. In less than half a century it had trained up a private security force of around 260,000 men – twice the size of the British army – and had subdued an entire subcontinent, conquering first Bengal and finally, in 1803, the Mughal capital of Delhi itself. The Company's reach stretched relentlessly until almost all of India south of the Himalayas was effectively ruled from a boardroom in London.

The Anarchy tells the remarkable story of how one of the world's most magnificent empires disintegrated and came to be replaced by a dangerously unregulated private company, based thousands of miles overseas and answerable only to its shareholders. In his most ambitious and riveting book to date, William Dalrymple tells the story of the East India Company as it has never been told before, unfolding a timely cautionary tale of the first global corporate power.

Three hundred and fifteen years after its founding, with a corporate Mogul now sitting in the White House, the story of the East India Company has never been more current.

William Dalrymple is the bestselling author of In Xanadu, City of Djinns, From the Holy Mountain, The Age of Kali, White Mughals, The Last Mughal and, most recently, Nine Lives. He has won the Thomas Cook Travel Book Award, the Sunday Times Young British Writer of the Year Award, the Ryszard Kapuscinski Award for Literary Reportage, the Hemingway Prize, the French Prix d'Astrolabe, the Wolfson Prize for History, the Scottish Book of the Year Award, the Duff Cooper Memorial Prize, the Asia House Award for Asian Literature, the Vodafone Crossword Award and has three times been longlisted for the Samuel Johnson Prize. In 2012 he was appointed Whitney J. Oates Visiting Fellow in Humanities at Princeton University. He lives with his wife and three children on a farm outside Delhi.

Author of : Forgotten Masters, The Anarchy, Koh-i-Noor, Nine Lives, Return of a King, The Last Mughal

Gloriously opulent ... India is a sumptuous place. Telling its story properly demands lush language, not to mention sensitivity towards the country's passionate complexity. Dalrymple is a superb historian with a visceral understanding of India ... A book of beauty -- Gerard DeGroot The Times An energetic pageturner that marches from the counting house on to the battlefield, exploding patriotic myths along the way ... Dalrymple's spirited, detailed telling will be reason enough for many readers to devour The Anarchy. But his more novel and arguably greater achievement lies in the way he places the company's rise in the turbulent political landscape of late Mughal India -- Maya Jasanoff Guardian A tour de force -- Anne de Courcy Telegraph Dalrymple has been at the forefront of the new wave of popular history, consistently producing work that engages with a wider audience through writerly craft, an emphasis on characters and their agency, evocative description of place and time, and the inclusion of long-neglected perspectives ... The book's real achievement is to take readers to an important and neglected period of British and south Asian history, and to make their trip their not just informative but colourful -- Jason Burke Observer Magnificent ... Dalrymple is an accomplished historian with a gift for imposing narrative clarity on a complex story. He combines a profound understanding of the background against which the Company's story played out with an impressive capacity to weave a range of historical voices into this history ... The Anarchy explodes myths that have accreted around the history of the Company like barnacles on the hulls of its ships -- John McAleer Evening Standard It is well-trodden territory but Dalrymple ... brings to it erudition, deep insight and an entertaining style Financial Times Combining extensive research, judicious analysis and an acceptable level of outrage, Dalrymple's compelling account will cement his status as the most widely read British writer on India since Kipling ... A brave and stirring narrative of India's eighteenth-century fragmentation -- John Keay Literary Review One of the best books on Indian history published in a long time -- Tirthankar Roy Times Literary Supplement [A] rampaging, brilliant, passionate history ... Dalrymple gives us every sword-slash, every scam, every groan and battle cry. He has no rival as a narrative historian of the British in India ... A gripping tale of bloodshed and deceit, of unimaginable opulence and intolerable starvation ... shot through with an unappeasable moral passion Wall Street Journal 'Masterful ... Dalrymple has been for some years one of the most eloquent and assiduous chroniclers of Indian history. With this new work, he sounds a minatory note ... Dalrymple has done a great service in not just writing an eminently readable history of eighteenth-century India, but in reflecting on how so much of it serves as a warning for our own time' -- Stuart Kelly Scotland on Sunday A magnificently readable book, deeply researched and richly atmospheric, written with a historian's understanding of power and a novelistic eye for detail -- Francis Wheen Mail on Sunday A rip-roaring tale of wild adventure, amorality, feckless greed and despicable behaviour ... His best history to date -- Louise Nicholson Country Life [Dalrymple] is a terrifically good storyteller. He makes the reader see how events unfold and observe the personalities up close. He is widely read both in the primary sources and the historical scholarship. As a result, The Anarchy is one of the best books on Indian history published in a long time Times Literary Supplement William Dalrymple's galloping narrative vividly details how the institution changed Indian and British lives while reshaping global history -- Best Books of 2019 Wall Street Journal A wonderfully readable history of the East India Company -- The best history books of 2019 Prospect A dazzling account of multinational corporate rapacity in one of its first forms, the East India Company; yet again Dalrymple manages brilliantly to be both historian and contemporary analyst -- Robert Macfarlane, author of 'Underland: A Deep Time Journey' Extraordinarily interesting and jaw-dropping ... A winner -- India Knight Sunday Times

'Masterful ... Dalrymple has been for some years one of the most eloquent and assiduous chroniclers of Indian history. With this new work, he sounds a minatory note ... Dalrymple has done a great service in not just writing an eminently readable history of eighteenth-century India, but in reflecting on how so much of it serves as a warning for our own time'

In his most ambitious book to date, bestselling historian William Dalrymple tells the timely and cautionary tale of the rise of the East India Company and one of the most supreme acts of corporate violence in world history

William Dalrymple is an extremely high-profile travel writer and historian. His books are bestsellers that have deservedly received extraordinary critical acclaim and won numerous awards