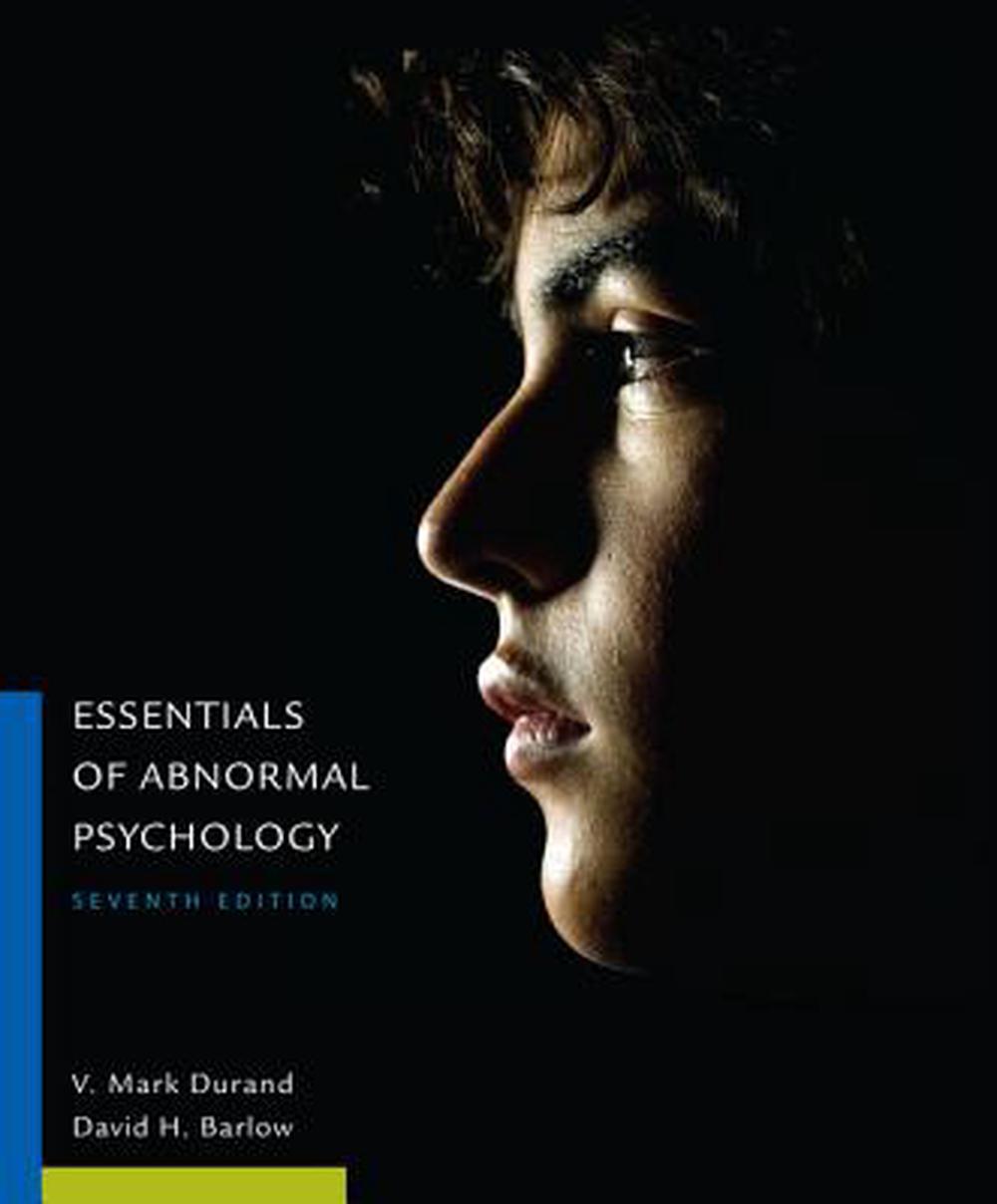 Revised to reflect DSM-5, this book describes abnormal psychology through the authors' standard-setting integrative approach - the most modern, scientifically valid method for studying the subject.

Revised to reflect DSM-5, this briefer version of Durand and Barlow's widely used book fully describes abnormal psychology through the authors' standard-setting integrative approach--the most modern, scientifically valid method for studying the subject. Through this approach, readers learn that psychological disorders are rarely caused by a single influence, but rooted in the interaction among multiple factors: biological, psychological, cultural, social, familial, and even political. A conversational writing style, consistent pedagogy, and real case profiles--95 percent from the authors' own case files--provide a realistic context for the scientific findings of the book. In addition, these features ensure that readers never lose sight of the fact that real people are behind the DSM-5 criteria, the theories, and the research.

David H. Barlow is an internationally recognized expert and leader in clinical psychology, having pioneered many treatments and investigations in anxiety and mood disorders. Currently Professor of Psychology and Psychiatry at Boston University, Dr. Barlow is also founder and Director Emeritus of the Center for Anxiety and Related Disorders, one of the largest research clinics of its kind in the world. Previously, he was distinguished professor at State University of New York at Albany. From 1975 to 1979, he was professor of psychiatry and psychology at Brown University, where he also founded the clinical psychology internship program. From 1969 to 1975, he was professor of psychiatry at the University of Mississippi, where he founded the Medical School psychology residency program. Dr. Barlow received his B.A. from the University of Notre Dame, his M.A. from Boston College, and his Ph.D. from the University of Vermont. He is the recipient of a Lifetime Achievement award from the American Psychological Association and is a fellow of the American Psychological Society. V. Mark Durand is known worldwide as an authority in the area of autism spectrum disorders. He is a professor of psychology at the University of South Florida St. Petersburg, where he was the founding Dean of Arts and Sciences and Vice Chancellor for Academic Affairs. Dr. Durand is a fellow of the American Psychological Association and has received over $4 million in federal funding to study the behavior problems in children with disabilities. Previously he served in a variety of leadership positions at the University at Albany, including chair of the psychology department, interim dean of Arts and Sciences, and founder of the Center for Autism and Related Disabilities. He received his B.A., M.A., and Ph.D. (all in psychology) at the State University of New York Stony Brook. Dr. Durand was awarded the University Award for Excellence in Teaching at SUNY Albany in 1991, and the Chancellor's Award for Excellence in Research and Creative Scholarship at the University of South Florida St. Petersburg in 2007. Currently a member of the Professional Advisory Board for the Autism Society of America, he is the co-editor of the Journal of Positive Behavior Interventions and has written 10 books as well as over 100 publications on functional communication, educational programming, and behavior therapy. Dr. Durand developed a unique treatment for severe behavior problems that is used worldwide. Most recently he developed an innovative approach (Optimistic Parenting) to help families work with their challenging children.

"The information in each chapter starts from the disorder and explains it very effectively. Then it goes on to incorporate case examples as well as the diagnostic criteria for the disorder. Few books present this material in such a detailed fashion. It further presents research information, statistical facts, medications, and side effects for the particular diagnosis. Treatment information and the client/ therapist interaction are also included." "It is one of the most effective and accessible presentations of the scientific evidence related to psychopathology in the textbook market."