ISBN: 9781784973971
ANNOTATION:
An elegant and entertaining account explaining the strange history of the (non-existent) Planet Vulcan, which confounded the 19th century's brightest minds. 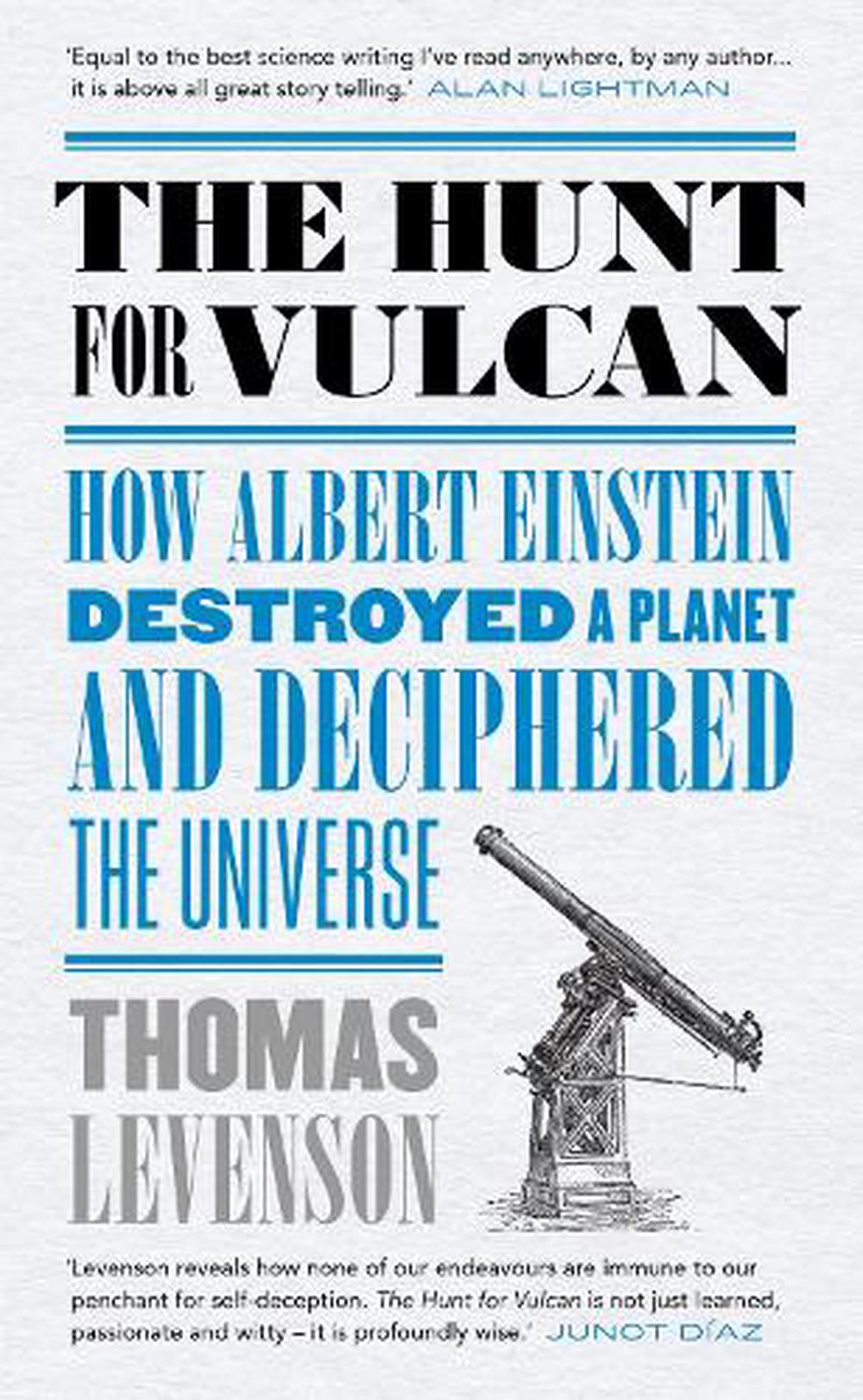 OTHER FORMATS:
ISBN: 9781784973971
ANNOTATION:
An elegant and entertaining account explaining the strange history of the (non-existent) Planet Vulcan, which confounded the 19th century's brightest minds.

An elegant and entertaining account explaining the strange history of the (non-existent) Planet Vulcan, which confounded the 19th century's brightest minds.

An elegant and entertaining account explaining the strange history of the (non-existent) Planet Vulcan, which confounded the 19th century's brightest minds.

In 1859, the brilliant scientist Urbain LeVerrier discovered that the planet Mercury has a wobble, that its orbit shifts over time. His explanation was that there had to be an unseen planet circling even closer to the sun. He called the planet Vulcan. Supported by the theories of Sir Isaac Newton, the finest astronomers of their generation began to seek out Vulcan and at least a dozen reports of discovery were filed. There was only one problem. Vulcan does not exist - and was never there. The real explanation was only revealed when a young Albert Einstein came up with a theory of gravity that also happened to prove that Mercury's orbit could indeed be explained - not by Newton's theories but by Einstein's own theory of general relativity. THE HUNT FOR VULCAN is a scientific detective tale at the intersection of theory, measurement, and belief; and a reflection on a bizarre period in which the power of conformity led very smart people to literally see a planet that wasn't there.

Thomas Levenson is a professor at the Massachusetts Institute of Technology and the author of the bestselling Newton and the Counterfeiter (2009). His other books include Einstein in Berlin (2003) and Ice Time: Climate, Science and Life on Earth (1990).

'The story of an imagined planet - its birth and demise - and of the human's quest for discovery is chronicled brilliantly' Free Press Journal (Mumbai). 'Levenson adopts a fresh approach that succeeds in being both lucid and entertaining' Business Standard (New Delhi). 'Includes several thrillerish elements in its style ... enthralling' London Review of Books. 'A fresh, smartly paced account ... By making Vulcan the star turn, so to speak, Levenson shines a light on how science really happens ... New readers who want to learn how the solar system works could profit from this book. Those who think they already know the story of the revolution in astronomy from Newton to Einstein will find episodes new to them' The Guardian. 'Levenson's style gives life to each of the episodes of his story with good humour and a lightness of touch' TLS. 'A scientific detective story written in the best blockbuster style' The Tablet. 'A charming tale about an all-but-forgotten episode in science history. It might document a planetary snipe hunt, but the delights found along the way are real enough' Wall Street Journal. 'His impressive talents as a good old-fashioned storyteller [...] provoke such a sense of narrative excitement. He's a thoroughly user-friendly explicator of the more abstruse notions of theoretical physics and relativity theory' Sunday Times. 'Levenson's narrative is a well-structured, fast-paced example of exemplary science writing. A scintillating popular account of the interplay between mathematical physics and astronomical observations' Kirkus. 'Levenson tells the tale with verve, showing how observations and calculations clashed in a battle that decided the fate of the universe' Sean Carroll, author of The Particle at the End of the Universe. 'Science writing at its best. The Hunt for Vulcan is not just learned, passionate and witty - it is profoundly wise' Junot Diaz. 'This delightful and enlightening drama involves the hunt for a planet that did not exist and how Einstein resolved the mystery with the most beautiful theory in the history of science' Walter Isaacson, author of the bestselling biographies of Steve Jobs and Albert Einstein. This book is equal to the best science writing I've read ... Beautifully written, rich in historical context, deeply researched with primary source material, it is above all great story telling ... The book gives a true picture of the scientific enterprise, with all its good and bad guesses, wishful thinking, passion, human ego, and a desire to know and understand this strange and magnificent cosmos we find ourselves in' Alan Lightman, author of the international bestseller Einstein's Dreams. 'Packed with colourful anecdotes, this is a vivid, well-paced and thoroughly enjoyable tale of human delusion and ultimate scientific triumph' Marcus Chown, author of Quantum Theory Cannot Hurt You and The Afterglow of Creation.

'His impressive talents as a good old-fashioned storyteller ['_

'Packed with colourful anecdotes, this is a vivid, well-paced and thoroughly enjoyable tale of human delusion and ultimate scientific triumph' Marcus Chown, author of Quantum Theory Cannot Hurt You and The Afterglow of Creation .