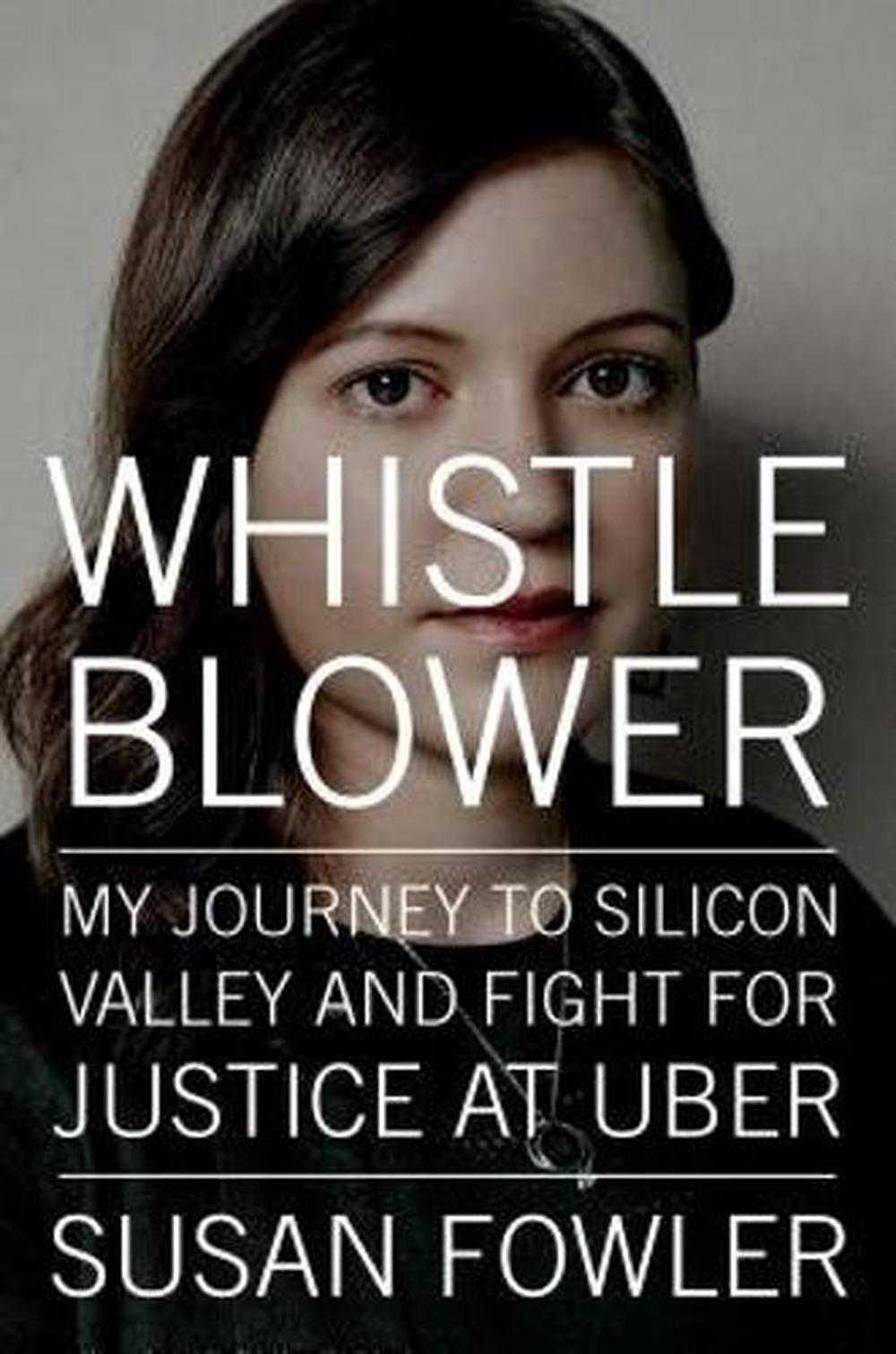 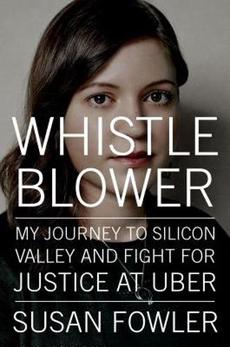 In 2017, twenty-five-year-old Susan Fowler published a blog post detailing the sexual harassment and retaliation she'd experienced as an entry-level engineer at Uber. The post went viral, leading not only to the ouster of Uber's CEO and twenty other employees, but "starting a bonfire on creepy sexual behavior in Silicon Valley that . . . spread to Hollywood and engulfed Harvey Weinstein" (Maureen Dowd, The New York Times).

When Susan decided to share her story, she was fully aware of the consequences most women faced for speaking out about harassment prior to the #MeToo era. But, as her inspiring memoir, Whistleblower, reveals, this courageous act was entirely consistent with Susan's young life so far- a life characterized by extraordinary determination, a refusal to accept things as they are, and the desire to do what is good and right. Growing up in poverty in rural Arizona, she was denied a formal education--yet went on to obtain an Ivy League degree. When she was told, after discovering the pervasive culture of sexism, harassment, racism, and abuse at Uber, that she was the problem, she banded together with other women to try to make change. When that didn't work, she went public. She could never have anticipated the lengths to which Uber would go in its efforts to intimidate and discredit her, the impact her words would have on Silicon Valley--and the world--or how they would set her on a course toward finally achieving her dreams.

The moving story of a woman's lifelong fight to do what she loves--despite repeatedly being told no or treated as less-than--Whistleblower is both a riveting read and a source of inspiration for anyone seeking to stand up against inequality in their own workplace.

The technology op-ed editor at The New York Times, Susan Fowler has been named a "Person of the Year" by Time, The Financial Times, and the Webby Awards, and has appeared on Fortune's "40 under 40" list, Vanity Fair's New Establishment List, Marie Claire's New Guard List, the Bloomberg 50, the Upstart 50, the Recode 100, and more. She is the author of a book on computer programming that has been implemented by companies across Silicon Valley.

"Sharp and engrossing . . . A powerful illustration of the obstacles our society continues to throw up in the paths of ambitious young women, and the ways that institutions still protect and enable badly behaving men." --The New York Times Book Review "This is not just a book for people interested in the culture of Silicon Valley. Like all the best books, it delivers the reader into a fully drawn world she may never have imagined . . . At times it reads like a spy thriller, at others like a satire of what might happen when corporate overlords go unchecked . . . It is not just a book about harassment or inequality; it is the story of a woman navigating a world that would rather not deal with her . . . The details around her experience at Uber are the sizzle; Fowler's own story is the steak. She's an unlikely hero, unconnected, anachronistic and almost irritatingly admirable, a woman blessed with unending curiosity and an exceptional facility to learn. That she became a whistle-blower and a pioneer of a social movement almost seems inevitable once you get to know her. Uber should have seen her coming." --San Francisco Chronicle

"Gut-wrenching . . . An intimate first-person account that doubles as a warning . . . [Whistleblower is] the story of how Fowler's life was shaped by her time at Uber--but a story, too, of her fight for a life that would not succumb to the company's influence . . . Fowler's story--her full story--is the indictment. That is what gives Whistleblower its power." --The Atlantic

"It's easy to focus on what happened to Fowler . . . But in her new memoir, Fowler makes a dedicated plea for you to focus, instead, on what she did about it . . . [Whistleblower] does provide more eyebrow-raising details about just how hostile and chaotic Uber's workplace was. But Fowler is much more interested in unpacking how--and why--she responded by going public . . . This memoir is a bit of a how-to book, too, with some take-home lessons for anyone discouraged by a hostile workplace." --NPR.org

"[An] earnest retelling of one woman's effort to go to school and do her job in environments that were actively hostile to her existence and well-being . . . One can only imagine the alternate reality in which Fowler and her ilk were the ones hailed as geniuses and given all the money in this world to build a better one." --The Washington Post

"[Whistleblower] broadens the view beyond Uber, offering a clear-eyed exploration of what workplace sexual discrimination looks like, why it's so toxic and how it destroys ambitions, careers and lives." --HuffPost

"[D]espite the title of her book, Fowler defies one-word labels. She is a musician, a writer, a physicist, a philosopher . . . Less the story of how Fowler became a victim, Whistleblower is more of a guide to how she became a hero . . . Though [the] lessons are universal, Fowler's account is intensely personal . . . She paints a picture of a ferociously independent and determined person." --The Guardian

"There's a good case that Uber would still have its notoriously toxic workplace culture were it not for Susan Fowler . . . Whistleblower fills us in on how junior white-collar employees struggled to keep the culture [the CEO] instilled from threatening their sanity, and how one of them was eventually able to tear it down." --Slate

"Whistleblower . . . promises to start a new conflagration of its own. This time, the system being indicted is not Uber, or even Silicon Valley more broadly, but the entire American patriarchy...American society did its very best to prevent her from succeeding. Her life, and this book, represents her triumph over almost inconceivable odds." --Axios

"[Whistleblower] shows the importance of having people who are of strong character, who are willing to stand up to some of the things they see going wrong at these companies and speak up about them." --Wired

Prologue "It''s important that you don''t share the details of this meeting--or that this meeting even happened--until after the investigation has concluded." Sitting directly across from me, asking me to keep our meeting secret, was the former U.S. attorney general Eric Holder. His hands were clasped together, his elbows resting on the table, a plastic binder filled with notes open before him. To his left sat Tammy Albarr