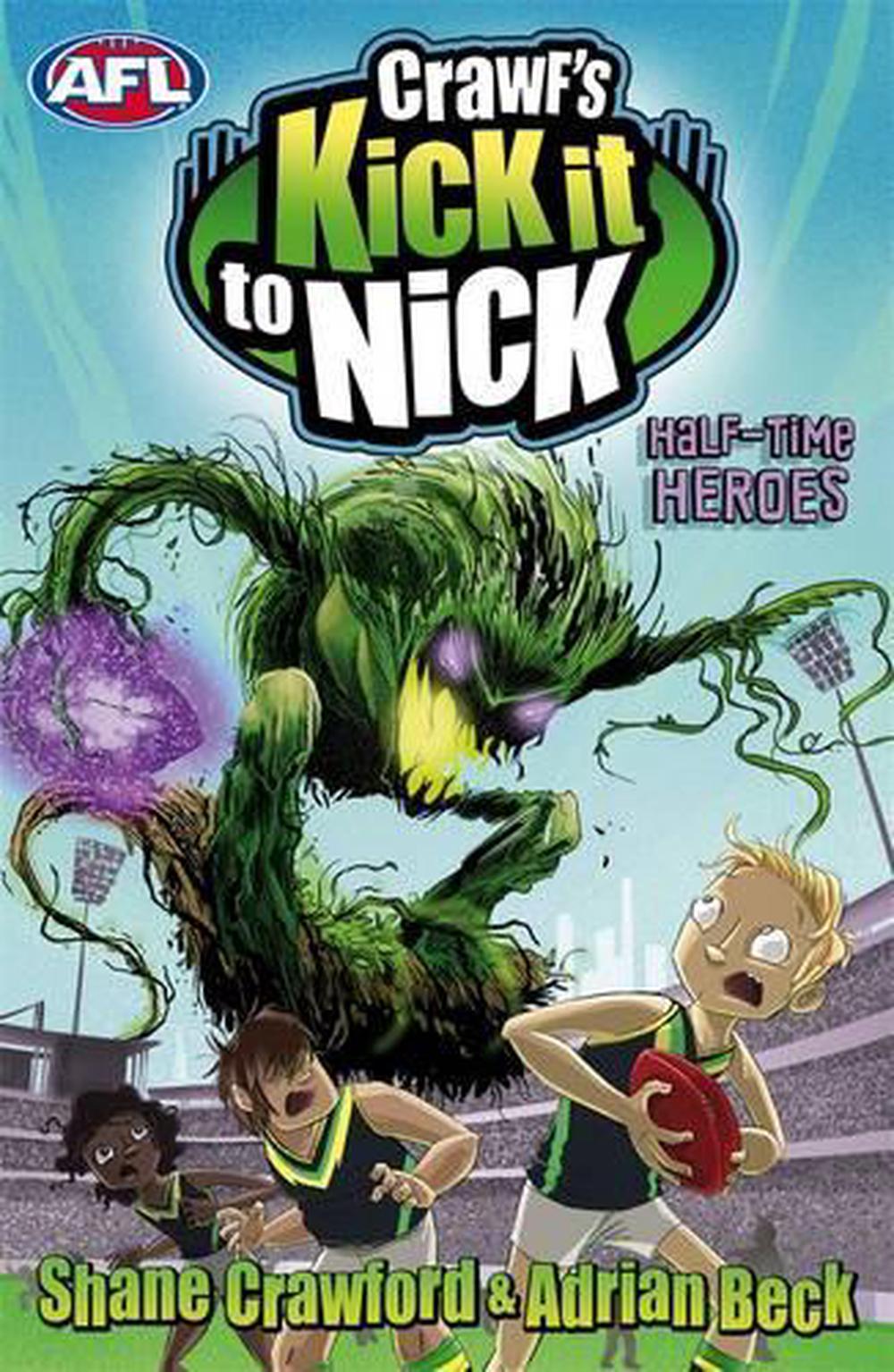 The Crocs have won the chance to play at half-time during the AFL Grand Final. It doesn't get any better than this. But their old enemy Cactus is back. He's greener and meaner than ever and he's out to destroy football for good. Can Nick, Ella and Bruiser win the game and save everyone in the MCG? Kick it to Nick is the number one series about the number one game in town! Bryce Gibbs, AFL Star http-// http-//twitter.com/kickittonick http-/

Adrian Beck is a TV producer and has worked on shows such as The Footy Show, The Logie Awards, Carols by Candlelight, Prank Patrol and Kids' WB. He is the author of the Kick it to Nick series, a collaboration with AFL Hall of Famer Shane Crawford, and Dale in the Stuff Happens series. adrianbeck.com.au