That Left Turn At Albuquerque 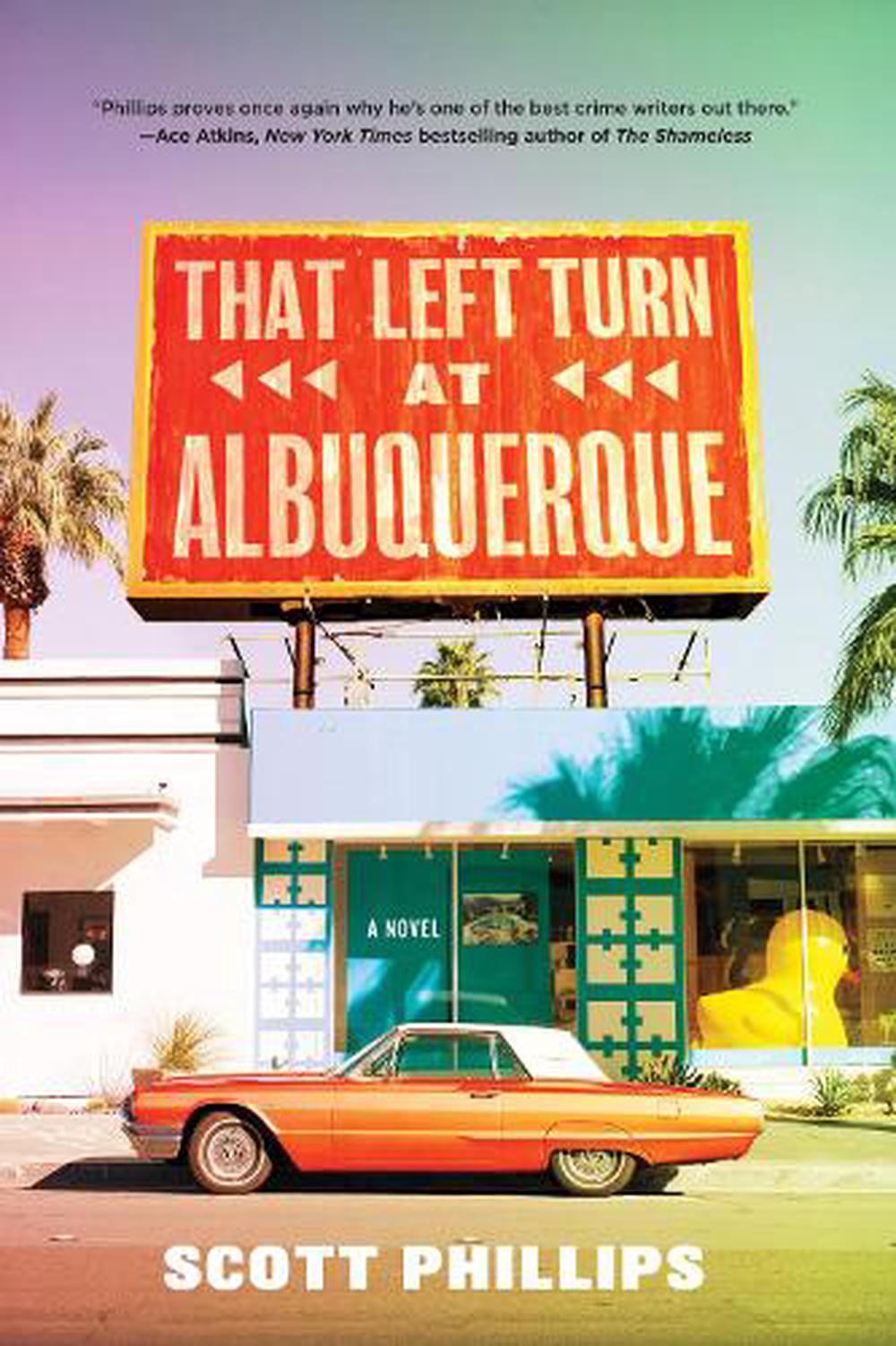 Douglas Rigby, attorney-at-law, is bankrupt. He's just sunk his last $200,000-a clandestine "loan" from his last remaining client, former bigshot TV exec Glenn Haskill-into a cocaine deal gone wrong. The lesson? Never trust anyone else with the dirty work. Desperate to get back on top, Rigby formulates an art forgery scheme involving one of Glenn's priceless paintings, a victimless crime. But for Rigby to pull this one off, he'll need to negotiate a whole cast of players with their own agendas, including his wife, his girlfriend, an embittered art forger, Glenn's resentful nurse, and the man's money-hungry nephew. One misstep, and it all falls apart-will he be able to save his skin?

Written with hard-knock sensibility and wicked humor, Scott Phillips's newest novel will cement him as one of the great crime writers of the 21st century.

Scott Phillips is a screenwriter, photographer and the author of seven novels and numerous short stories. His bestselling debut novel, The Ice Harvest, was a New York Times Notable Book and was adapted as a major motion picture starring John Cusack and Billy Bob Thornton. He won the California Book Award and was a finalist for the Edgar Award, the Hammett Prize, and the CWA Gold Dagger Award. Scott was born and raised in Wichita, Kansas, and lived for many years in France. He now lives with his wife and daughter in St. Louis, Missouri.

Praise for That Left Turn at Albuquerque "Many writers bill themselves as noir, but if you want to experience what the word truly means, in its finest expression, then pick up That Left Turn at Albuquerque, a brutally funny, wickedly clever nightmare that heralds the triumphant return of Scott Phillips, the twenty-first century's greatest purveyor of crime fiction." --Blake Crouch, author of Recursion and the Wayward Pines trilogy

"In That Left Turn at Albuquerque, Phillips displays a master alchemist's touch. No one blends the elements of happenstance, malevolence, unintended consequences, irony and humor into crime fiction magic like Phillips. No one!" --Reed Farrel Coleman, New York Times bestselling author of What You Break

"A hilarious, twisty, dark, and profane romp deep into a modern noir world. The people in a Scott Phillips novel are so damn authentic, they remind me of folks I met while covering the crime beat. Phillips proves once again why he's one of the best crime writers out there." --Ace Atkins, New York Times bestselling author of The Shameless

"Funny, craftily malevolent . . . An ice-pick-sharp crime story that sustains its film-noir energy all the way to an outrageous whammy of an ending." --The New York Times

"[The author] has a way of writing a bon vivant of the Wild West with testosterone raging without it appearing macho or obnoxious or egocentric . . . It is a joy to read Phillips." --Huffington Post

"Phillips is dark, dangerous, and important . . . Crime fiction at its best." --Michael Connelly

"The unparalleled master of the noir anti-hero." --Megan Abbott

"One of the most original practitioners of noir working today." --Spinetingler Magazine