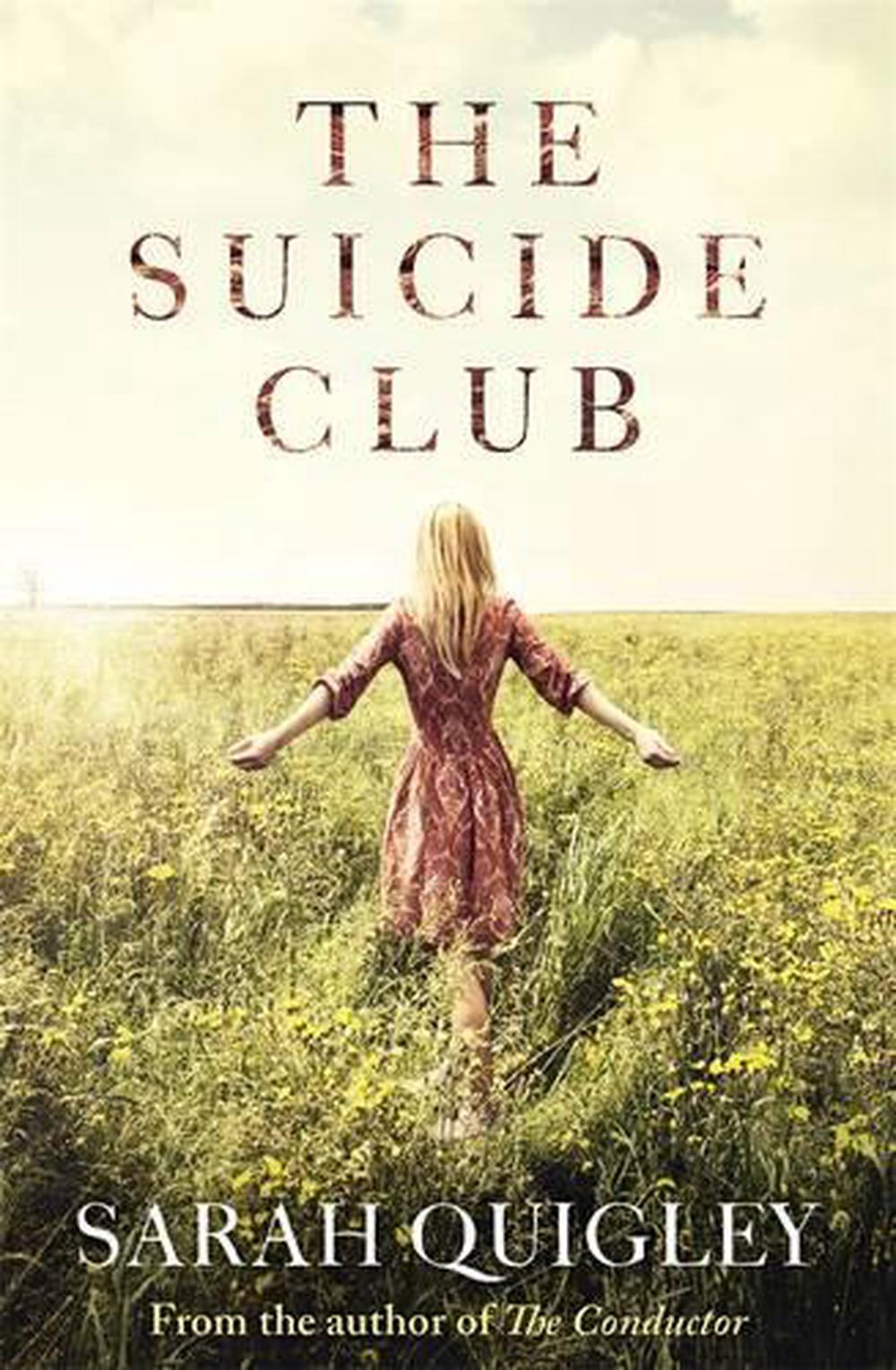 Three misfits - close to genius, close to the brink - come together in a desperate love triangle in this compelling novel.

When Bright is suddenly catapulted to fame, he can't cope with the pressure. He decides to end it all by jumping from the 20th floor of a high-rise on his twentieth birthday. He's saved by the quirky, eccentric Gibby, and soon the two boys find themselves in a love triangle, vying for the attention of the beautiful, brilliant, unreachable Lace, and also trying to protect her from harm.

The three misfits - close to genius, close to the brink - travel from England to a beautiful old spa town in Bavaria. Here, in an experimental institution under the colourful Dr Geoffrey, the pressure mounts. Soon it's no longer clear who's in the greatest danger, and who needs saving the most.

Unflinching, but tender and often humorous, The Suicide Club is an examination of the last taboo in our society - as well as our deep human desire to connect. It explores why we feel the need to extinguish our lives, how we can pull back from the edge, and how - by saving ourselves - we can sometimes also save the people we love.

Sarah Quigley was born in Christchurch, New Zealand. She is a novelist, critic, non-fiction writer, poet, and columnist. She has a DPhil in Literature from the University of Oxford and is a graduate of Bill Manhire's creative writing course. In 1998, she won the Buddle Findlay Sargeson Fellowship. Her short stories and poetry have been widely broadcast and published, and she has won many prizes, including the Sunday Star-Times Short Story Award and the Commonwealth Pacific Rim Short Story Award. Her publications include novels, short fiction, a creative writing manual and poetry collections, many of which have sold internationally.

In 2000 she won the inaugural Creative New Zealand Berlin Residency. Since then she has divided her time between New Zealand and Berlin. Her novel The Conductor, which is set during the siege of Leningrad, was the highest selling adult fiction title in New Zealand in 2011, remaining at number one for 20 weeks. Subsequently it won the Booksellers Choice Award and was long-listed for the 2012 International IMPAC Award and was shortlisted for the Prix Femina in France. More about Quigley's work can be found on her website-

The New Zealand Herald wrote of The Conductor- 'This extraordinary novel is a symphony on the power of love - the love of music, home, family, city, and Quigley's love of writing. Each sentence carries the weight of these loves, but each sentence is characterised by an unexpected moving lightness of being. A triumph on every level ...' A review in The Observer read- 'The Conductor reads like a proper up-all-night page-turner, but it also conveys the extraordinary life-saving properties of music, and hope.' The novel was chosen by The Observer as one of its top picks for 2012, and has been sold into 10 different countries.