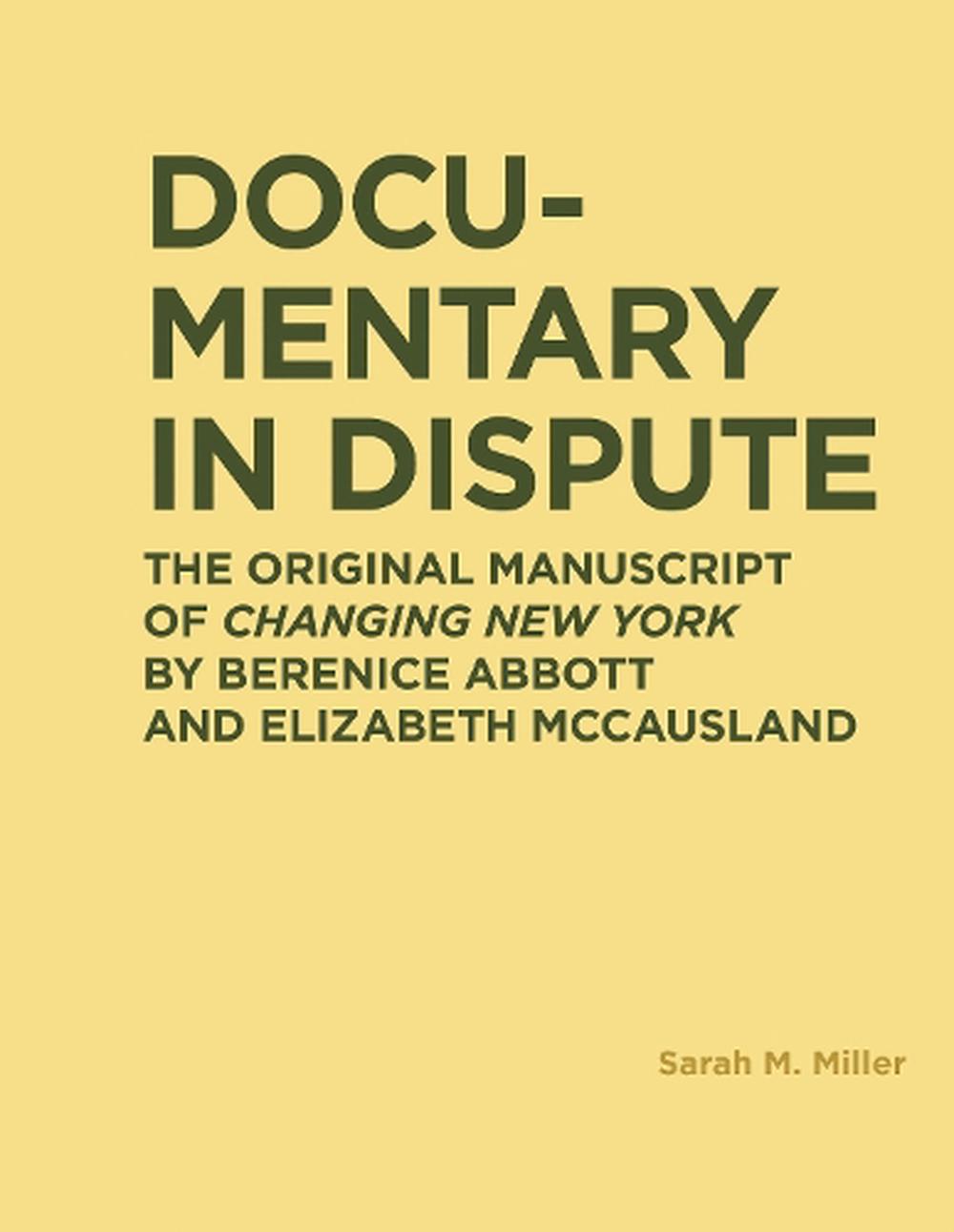 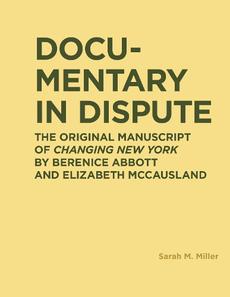 The recreation of a landmark in 1930s documentary photography. The 1939 book Changing New York by Berenice Abbott, with text by Elizabeth McCausland, is a landmark of American documentary photography and the career-defining publication by one of modernism's most prominent photographers. Yet no one has ever seen the book that Abbott and McCausland actually planned and wrote. In this book, art historian Sarah M. Miller recreates Abbott and McCausland's original manuscript for Changing New York by sequencing Abbott's one hundred photographs with McCausland's astonishing caption texts. This reconstruction is accompanied by a selection of archival documents that illuminate how the project was developed, and how the original publisher drastically altered it. Miller analyzes the manuscript and its revisions to unearth Abbott and McCausland's critical engagement with New York City's built environment and their unique theory of documentary photography. The battle over Changing New York , she argues, stemmed from disputes over how Abbott's photographs--and photography more broadly--should shape urban experience on the eve of the futuristic 1939 World's Fair. Ultimately it became a contest over the definition of documentary itself. Gary Van Zante and Julia Van Haaften contribute an essay on Abbott's archive and the partnership with McCausland that shaped their creative collaboration. Copublished with Ryerson Image Centre, Toronto

Sarah M. Miller is the author and editor of Berenice Abbott's Changing New York and is Assistant Adjunct Professor of Art History at Mills College. Her reviews, criticism, and interviews have appeared in Aperture, Critical Inquiry, tudes Photographiques, Artforum, Photography & Culture, and caa.reviews.

The recreation of a landmark in 1930s documentary photography. Berenice Abbott's Changing New York (1939) is the career-defining book by one of modernism's most prominent photographers and a landmark in 1930s documentary photography. Published in 1939 by E. P. Dutton with support from the New Deal's Federal Art Project, the book presented ninety-seven photographs from Abbott's larger WPA-funded "Changing New York" project (1935-1939), with by captions credited to art critic Elizabeth McCausland. Yet, because of editorial changes by the publisher, the book that Abbott and McCausland actually planned, sequenced, and wrote remains unseen. As a consequence, their wholly unique theory of documentary, along with their radical program for conjoining change, history, experience, and photography-trained vision in New York City's built environment, have been lost. This book recreates Changing New York as it was originally envisioned by Abbott and McCausland, presenting their original selection of photographs and McCausland's original and published captions.