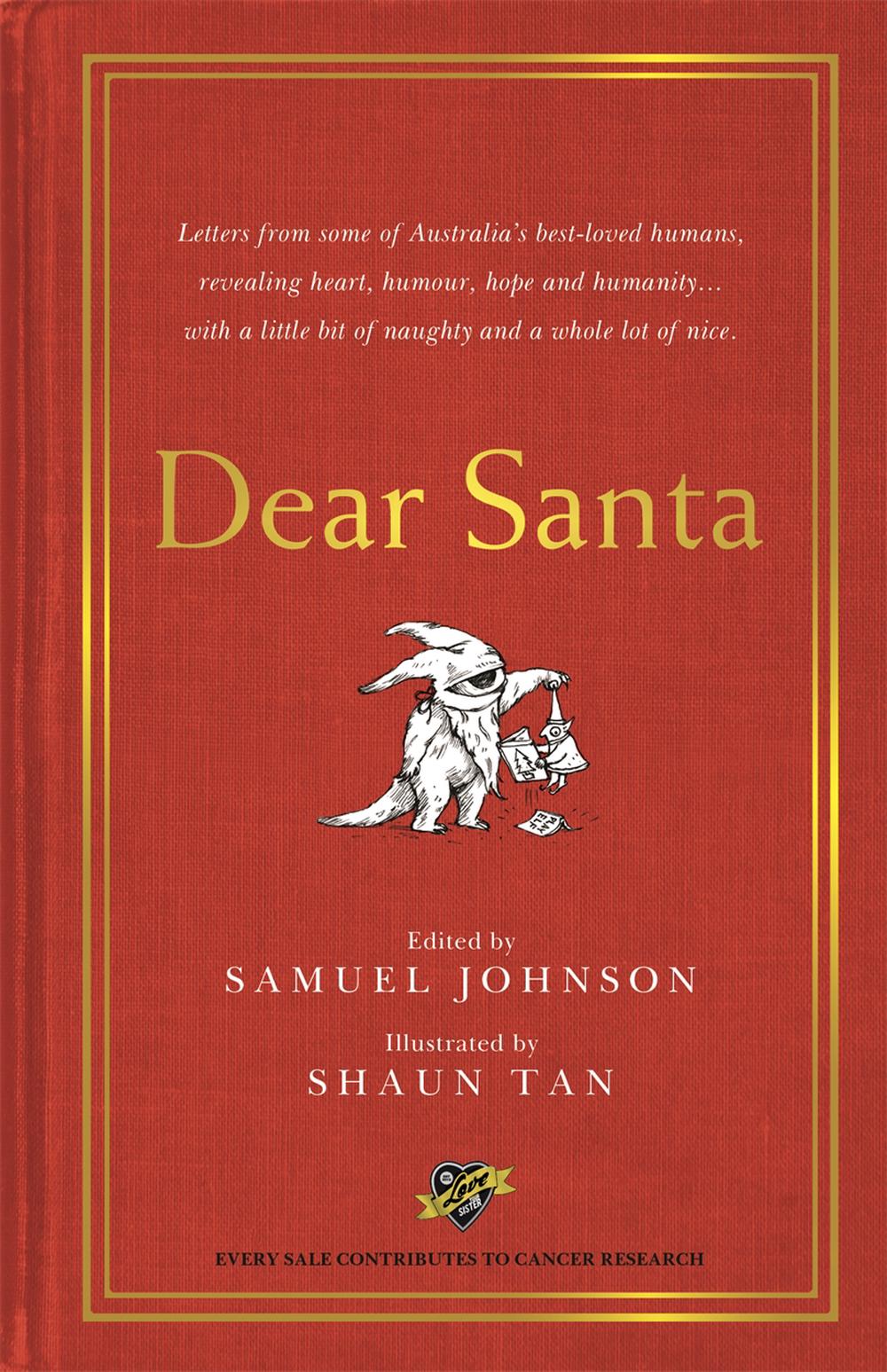 If you could ask Santa for absolutely anything, what would you ask for?

Samuel Johnson OAM, Australia's favourite skylarker, brother and determined cancer vanquisher, has asked his friends and supporters (who just happen to be some of Australia's best writers, comics, actors, artists, musicians and personalities) to share their letters to Santa.

Some letters are naughty.

Some letters are nice.

Some echo a favourite childhood memory.

Some just want something sweet.

This little book of letters is wicked, witty and warm-hearted. It will make you laugh, think and feel and is the perfect Christmas gift for those who speak human.

Every copy sold will contribute to cancer research

Samuel Johnson OAM is a much-loved Australian actor, best known for his work on THE SECRET LIVES OF US, CRACKERJACK, UNDERBELLY II, RUSH and as the star of the hit biopic MOLLY. In recent times he is more proud of his work as a breast cancer advocate and determined unicyclist. He won a Gold Logie in 2017 for his work on MOLLY and was named the 2018 Victorian of the Year for his charity work to vanquish cancer. Samuel has retired from acting until he raises $10M for cancer research. So far the charity he set up with his sister Connie, Love Your Sister, has raised over $9M. Samuel is a bestselling author with his and Connie's book LOVE YOUR SISTER and last year's DEAR SANTA both hitting the bestseller lists and both shortlisted for an ABIA award. His recent winning stint on DANCING WITH THE STARS reminded all of Australia how much we love Samuel Johnson.