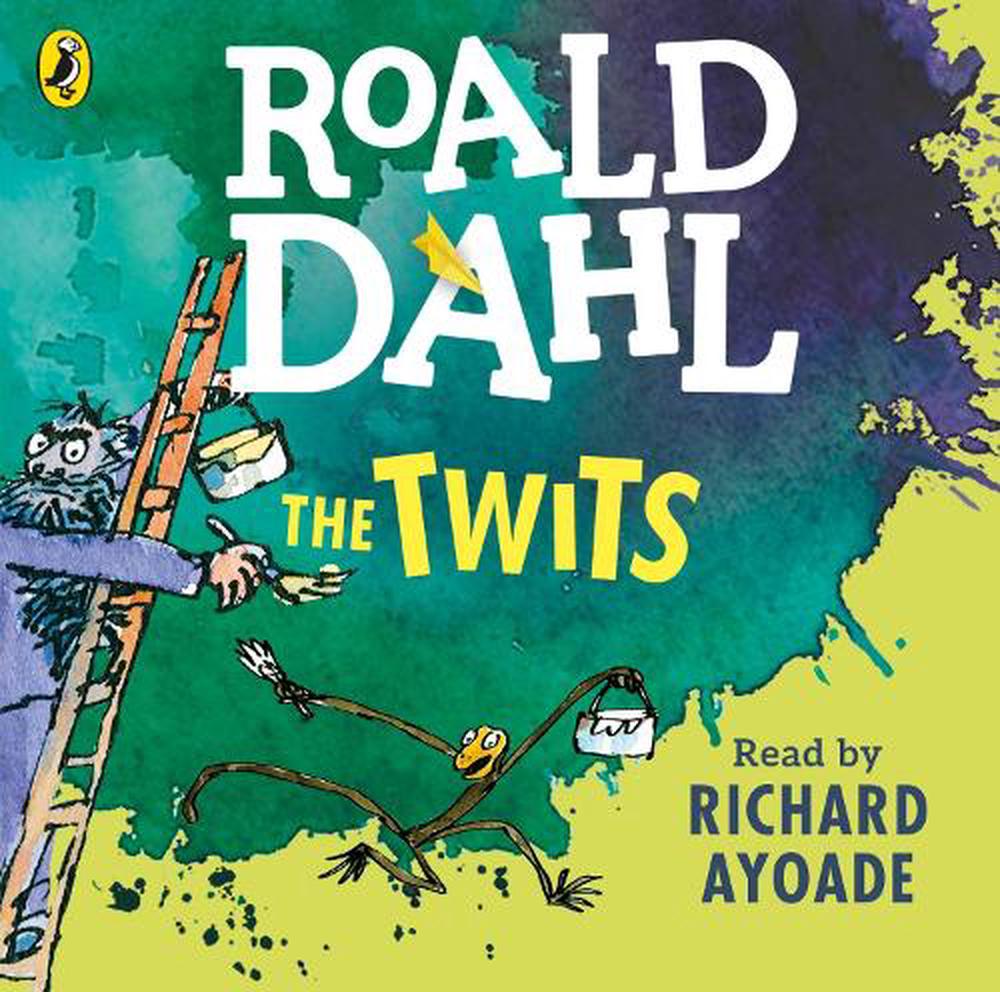 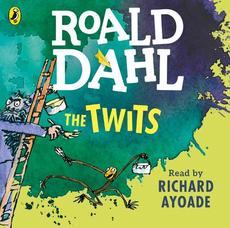 Puffin Audiobooks presents a marvellous new reading of Roald Dahl's The Twits read by IT Crowd star Richard Ayoade. The audiobook features original music. Mr Twit is a foul and smelly man with bits of cornflake and sardine in his beard. Mrs Twit is a horrible old hag with a glass eye. They've kept Muggle-Wump monkeys caged in the garden for far too long, and now the monkeys want to take their revenge . . . Listen to THE TWITS and other Roald Dahl audiobooks read by some very famous voices, including Kate Winslet, David Walliams and Steven Fry - plus there are added squelchy soundeffects from Pinewood Studios! Look out for new Roald Dahl apps in the App store and Google Play- including the disgusting TWIT OR MISS! inspired by the revolting Twits.

Sitting in a hut at the bottom of his garden, surrounded by odd bits and pieces such as a suitcase (used as a footrest), his own hipbone (which he'd had replaced) and a heavy ball of metal foil (made from years' worth of chocolate wrappers), Roald Dahl wrote some of the world's best-loved stories including Charlie and the Chocolate Factory, The Twits, The Witches, The BFG, Fantastic Mr Fox, James and the Giant Peach and lots more. Quentin Blake is one of Britain's most successful illustrators. He has illustrated nearly three hundred books and he was Roald Dahl's favourite illustrator. He has won many awards including the Whitbread Award and the Kate Greenaway Medal and taught for over twenty years at the Royal College of Art. In 1999 he became the first ever Children's Laureate and in 2013 he was knighted in the New Year's Honours.