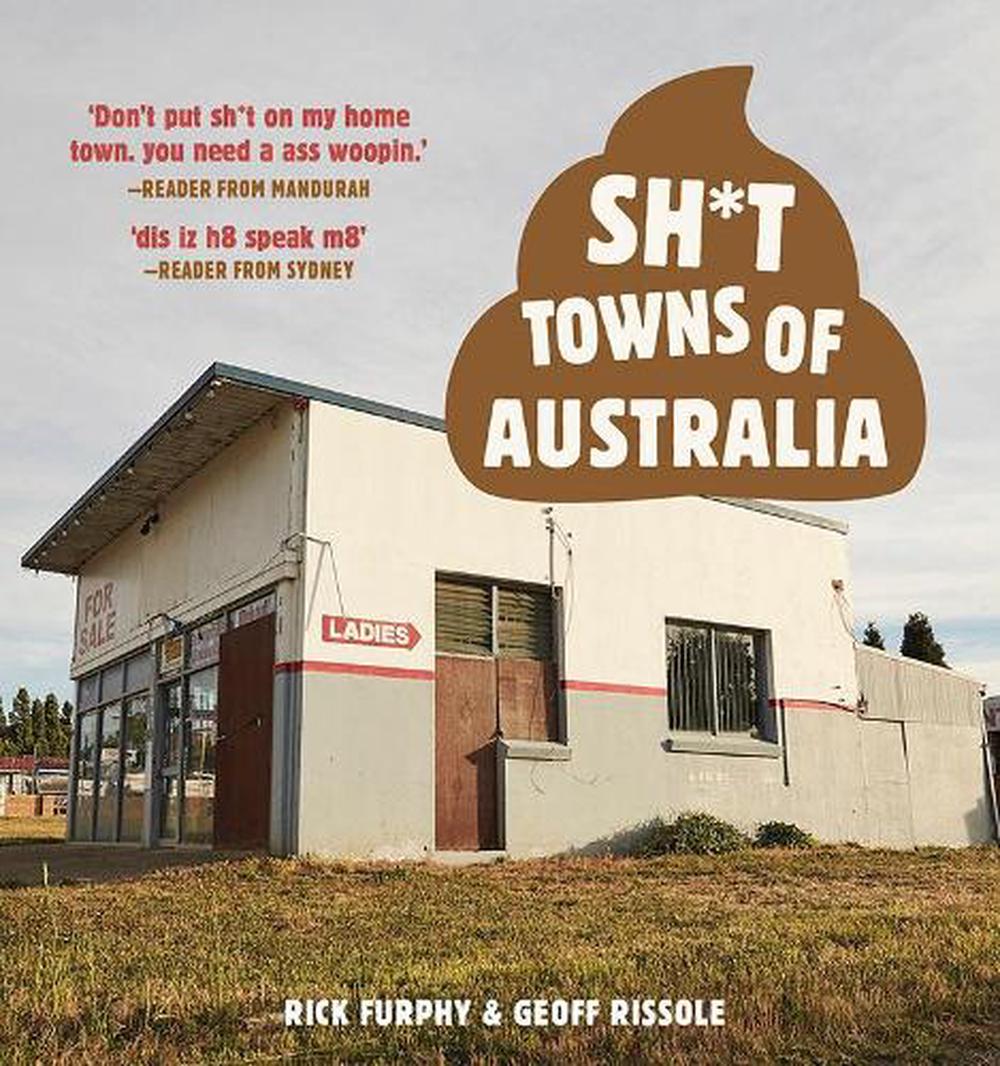 From dusty desert shtholes to free-range bogan breeding grounds, to the bin-chicken playgrounds of our megacities, Sht Towns of Australia is a guide to the concrete, fibro and methamphetamine wastelands that we like to call home.

From Coober Pedy to Canberra, from Ballarat to Broken Hill, from Logan to Launceston, Sht Towns takes us through the veritable fck-tonne of crappy towns and cities that make up the 'Lucky Country' - profiling all the best places not to visit or, heaven forbid, live.

The sixty towns and cities reviewed in this volume have been carefully selected using an exacting set of scientific criteria developed at the prestigious University of Nimbin, combined with extensive field research, a desire to offend, and where possible a sense of humour.

Rick Furphy and Geoff Rissole are two of Australasia's leading self-appointed experts on sociology, travel and culture. After cutting their teeth as investigative reporters for regional newspapers such as the Asbestos Times and the Gawler Growler, Furphy and Rissole released their bestselling debut Sh*t Towns of New Zealand, which won the Poolitzer Prize, the Poobody Award and the Nobel Prize for Shiterature. The pair's work has attracted controversy - including one district mayor suggesting they be shot - but in the spirit of other true Aussie rebels like Ned Kelly, the Eureka diggers and Swino the pig, Rick Furphy and Geoff Rissole refuse to let naysayers deter them from their vital work.

HOW TO SPEAK AUSTRALIAN

TEN SIGNS YOU LIVE IN A SHIT TOWN