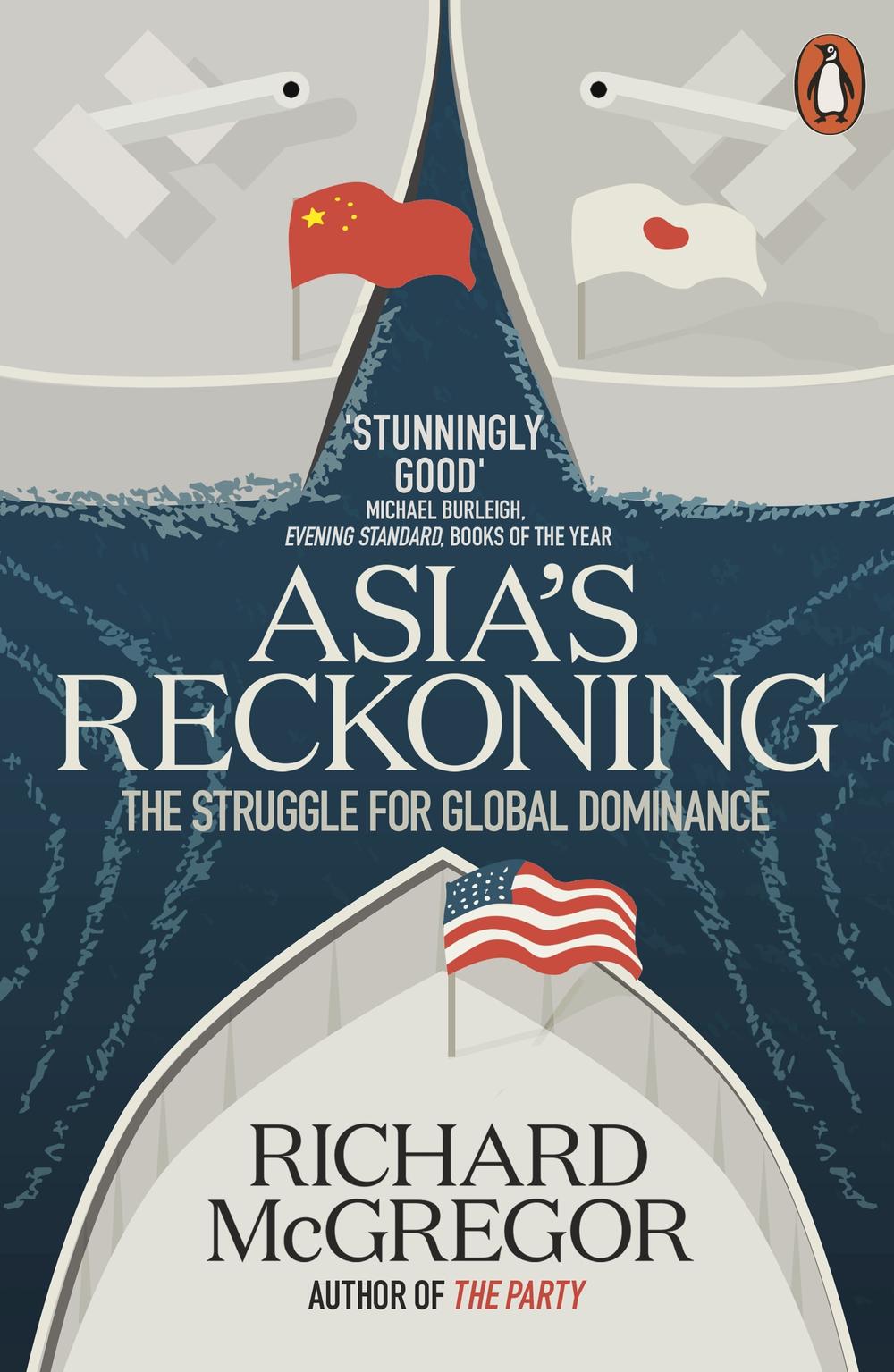 For more than half a century, American power in the Pacific has successfully kept the peace. But it has also cemented the tensions in the toxic rivalry between China and Japan, consumed with endless history wars and entrenched political dynasties. Now, the combination of these forces with Donald Trump's unpredictable impulses and disdain for America's old alliances threatens to upend the region. If the United States helped lay the postwar foundations for modern Asia, Asia's Reckoning will reveal how that structure is now crumbling. With unrivalled access to archives in the US and Asia, as well as many of the major players in all three countries, Richard McGregor has written a tale which blends the tectonic shifts in diplomacy with the domestic political trends and personalities driving them. It is a story not only of an overstretched America, but also of the rise and fall and rise of the great powers of Asia. The confrontational course on which China and Japan have increasingly set themselves is no simple spat between neighbours. And the fallout would be a political and economic tsunami.

Author of the acclaimed bestseller The Party- The Secret World of China's Communist Rulers, Richard McGregor has reported from Asia for two decades. Formerly Chief of the Washington Bureau of the Financial Times, he has won numerous awards for his journalism. He has also contributed articles and reports to the BBC, the International Herald Tribune and the Far Eastern Economic Review. In 2015 he was made a Fellow at the Wilson Center in Washington.

McGregor has written a magisterial book that combines old-fashioned shoe leather reporting and extensive archival research to hart seven decades of history between the three countries. -- Anna Fifield Australian Foreign Affairs McGregor offers a masterful account of the complex fifty-year dance between China, Japan and the United States. -- Graeme Dobell The Strategist Richard McGregor has followed up his masterful 2010 book on The Party by focusing on the collisions and the less frequent collusions between the three Pacific powers: China, Japan and the US. Most regional strategic writing is focused on one of the three countries, but McGregor has done immense research in each of them and sets up the story beautifully. -- Rowan Callick The Australian McGregor's fascinating narrative of the three countries' relations over 50 years is filled with fresh anecdotes drawn from interviews and newly released archival documents. McGregor has a sharp eye for personalities and policy factions, as well as a firm grasp of geopolitics. -- Andrew Nathan Foreign Affairs In Asia's Reckoning, Richard McGregor provides a cogent and superbly researched guide to the deep forces that undergird China's geopolitical strategy and the attempts of two other great powers in the region, the United States and Japan, to deal with it. -- Peter Tasker The Mekong Review For journalists taking up new posts in China, the first book I always suggest is Richard McGregor's The Party. I will now add McGregor's new book, Asia's Reckoning, to my list for those headed to the Far East. -- Melissa Chan Los Angeles Review of Books McGregor's brilliant book is packed with insights on the complex Sino-Japanese relationship, the gist of that being that past history should be our teacher rather than master. Will a more powerful China learn magnanimity, one wonders. -- David Sexton Evening Standard, Book of the Year A compelling account of the post-war relationship between China, Japan and America, brings to life one of the world's most complicated love-hate triangles. -- Clifford Coonan Irish Times A must read for anyone who wants to understand our future. Asia's Reckoning provides a detailed picture of the slow military, diplomatic and economic waltz between China, Japan and the United States that determined the shape of the past half-century. -- Nicholas Stuart Brisbane Times An in-depth depiction of radical changes and challenges in Japan-China relations in the post-war period, thoroughly researched and rich in storytelling. In the course of tumultuous relations with China, Japan has had to trail blaze in the face of the rise of China. Japan's naked exposure to the unfolding Realpolitik with China at its core is for the first time comprehensively reviewed. -- Yoichi Funabashi, former Editor-in-Chief, Asahi Shimbun McGregor distills years of meetings with high officials in China and Japan to give a vivid nuanced picture of their relations in the 21st century -- Ezra Vogel, author of Deng Xiaoping and the Transformation of China Richard McGregor's new book is essential reading for anyone worried about the most fraught relationship in Asia-between China and Japan. With extensive experience in and knowledge of both China, Japan, and the United States, McGregor is in a unique position to unpack the relationship and sort through the extensive propaganda and myth-making on all sides. A great read! -- John Pomfret, author of The Beautiful Country and the Middle Kingdom The United States, China, and Japan form the power triangle that will shape much of the international politics in the 21st century. Richard McGregor's masterful The Party illuminated one corner of that triangle-China. In this important book he describes how the other two corners have interacted with China since World War II. Lucid, insightful and ominous, as the author describes big trouble ahead -- Eliot Cohen, author of SUPREME COMMAND [A] wide-ranging study of China's re-emergence as a regional power in Asia after a long hiatus, thwarting the designs of other powers, including the United States and Russia. . . . The U.S. [finds itself] firmly ensnared in the so-called Thucydides trap, 'the principle that it is dangerous to build an empire but even more dangerous to let it go.' So it is, and the current leadership appears to be at a loss about what to do or to formulate other aspects of any coherent policy in and toward Asia. . . . Geopolitics wonks will want to give attention to this urgent but nonsensationalized argument. Kirkus Reviews An excellent modern history. . . . provides the context needed to make sense of the region's present and future. -- Joyce Lau South China Morning Post Skillfully crafted and well-argued -- Jeffrey Wasserstrom Financial Times A compelling and impressive read Economist A shrewd and knowing book -- Robert D. Kaplan Wall Street Journal

A shrewd and knowing book

The dramatic story of the relationship between the world's three largest economies, one that is shaping the future of us all, by one of the foremost experts on east Asia.