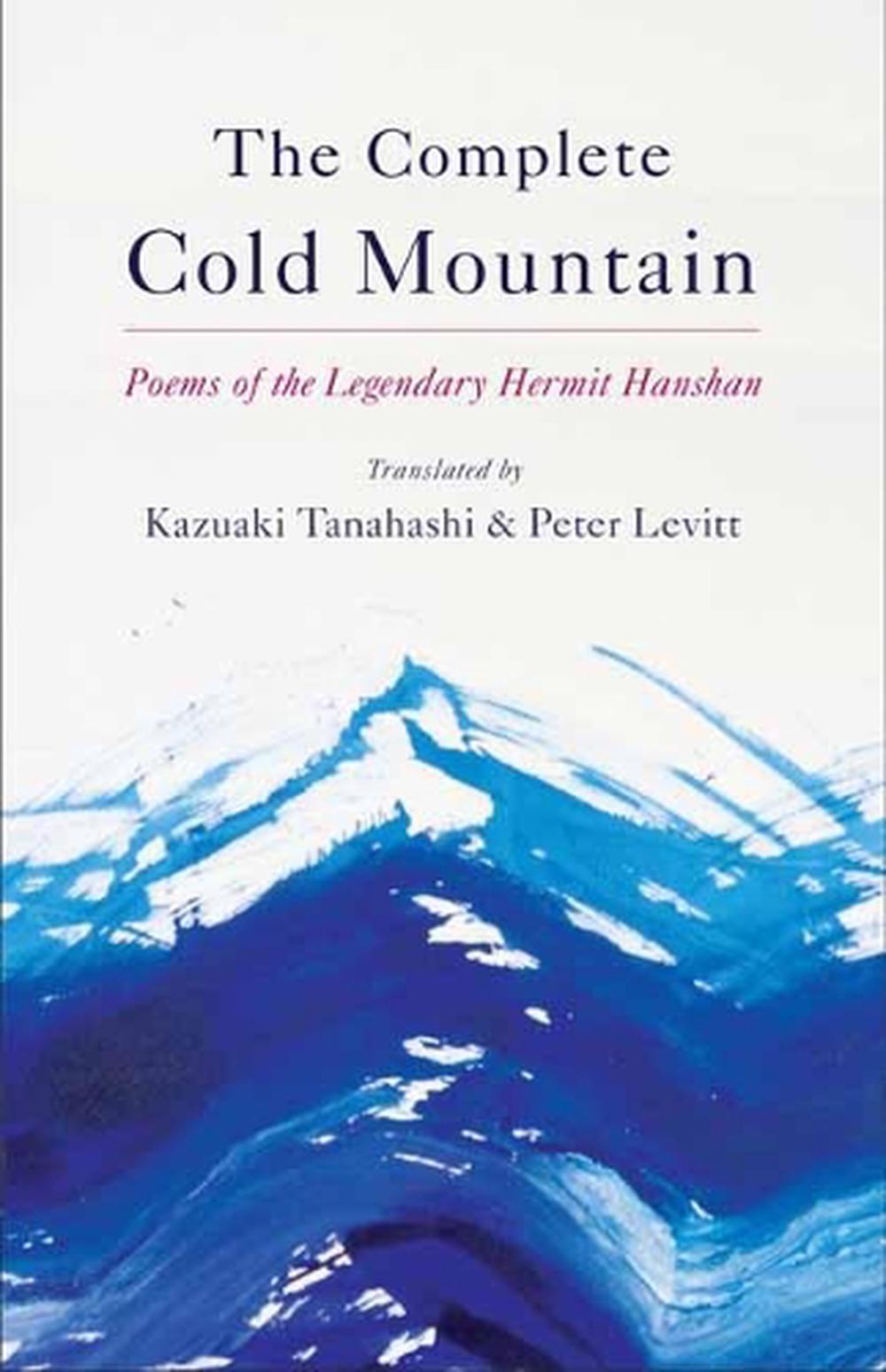 The Hanshan ("Cold Mountain") poems are unquestionably the most enduring works to come out of the poetically rich Tang dynasty (seventh to early tenth century) of China. They entered modern Western consciousness though the influence of the Beat generation writers for whom they were a major influence, and they're rightfully known as some of the most accessible of classic Chinese poetry--the kind of poetry that speaks even to those who don't usually relate to poetry. They have been much translated. This new translation is unique both in its scope--it includes all the poems traditionally associated with Hanshan, more than 300--and in its tone- it is a collaboration between two renowned and very different poets and Zen students who honor the Buddhist elements of the verse while perceiving in the Cold Mountain poems a kind of humor and tenderness of heart that makes their renditions particularly delightful. The translation includes the full Chinese text of the poems and a wealth of fascinating ancillary materials. This collection also stands out from the others in its organization- scholars often identify two different authors of the Cold Mountain poems, whereas Tanahashi and Levitt identify three poets from three different periods (explained in a fascinating appendix), and they have arranged the poems accordingly.

KAZUAKI TANAHASHI is a world-renowned calligraphic artist, a Zen teacher, author, environmentalist, peaceworker--and translator, particularly of the works of Eihei Dogen. He is author or translator of numerous books, and his art has been featured in shows throughout the world. PETER LEVITT is a poet and Zen teacher who lives in British Columbia. He was authorized to teach in the lineage of Shunryu Suzuki by Norman Zoketsu Fischer. He is the author of several collections of poetry and is the recipient of the prestigious Lannan Foundation Award in Poetry. He also teaches creativity in writing and other endeavors in various venues--he is the author of Fingerpainting on the Moon- Writing and Creativity as a Path to Freedom (Harmonym, 2003).

"A deep, inspiring, inclusive study of the mysterious poet Hanshan. This book includes all his poems with a beautiful introduction by Levitt and a thorough historical analysis by Tanahashi. The reader can feel the joy, care, and reverence both translators experienced and share in creating this book about the wild hermit poet. Just read a few of these ancient poems and you'll want to take off for the mountains and open your arms to all of life, including the pain and suffering. Read more and you will find your own true heart right here in the present. This book should be read by everyone."--Natalie Goldberg, author of The Great Spring and Writing Down the Bones "This comprehensive work of original scholarship and incisively translated verses expands our knowledge of an iconic poet. Here is the Hanshan of social fabric and family as well as of monastery and mountain; the poet of parable, rebuke, and opinion as well as of dharma and icy stream. A sharp-tongued observer of society's failures describes inequality's effects on the spirit; a rapt solitary shares cliff-edge mind with tigers, free-drifting boats, and clouds. Kaz Tanahashi's and Peter Levitt's The Complete Cold Mountain joins the shelf of indispensable translations, confirming and extending Hanshan's abiding relevance, presence, history, and range."--Jane Hirshfield, author of The Beauty and Ten Windows: How Great Poems Transform the World

"Hanshan may be legendary or he may have been three people, but these poems, wherever they came from, are more real than real. They are living Tao and Chan artifacts, well over one thousand years old, brought to life and framed in the most amazing ways with the deepest appreciation for and direct transmission of their down-to-earth, embodied, non-dual, poetic elegance and existential poignancy by Kaz Tanahashi and Peter Levitt. This work--the poems themselves coupled with the authors' probing commentaries about their puzzling origins, structure, and essence--is a jewel, with the wondrous property that you can live inside it and let it live inside you for a long, long time."--Jon Kabat-Zinn, author of Full Catastrophe Living and Meditation Is Not What You Think

"The Complete Cold Mountain is an extraordinary collection of the complete works of Hanshan; brilliantly translated by Kazuaki Tanahashi and Peter Levitt, it lifts the spirit in the great mountains and beyond."--Joan Halifax, abbot of Upaya Zen Center and author of Standing at the Edge