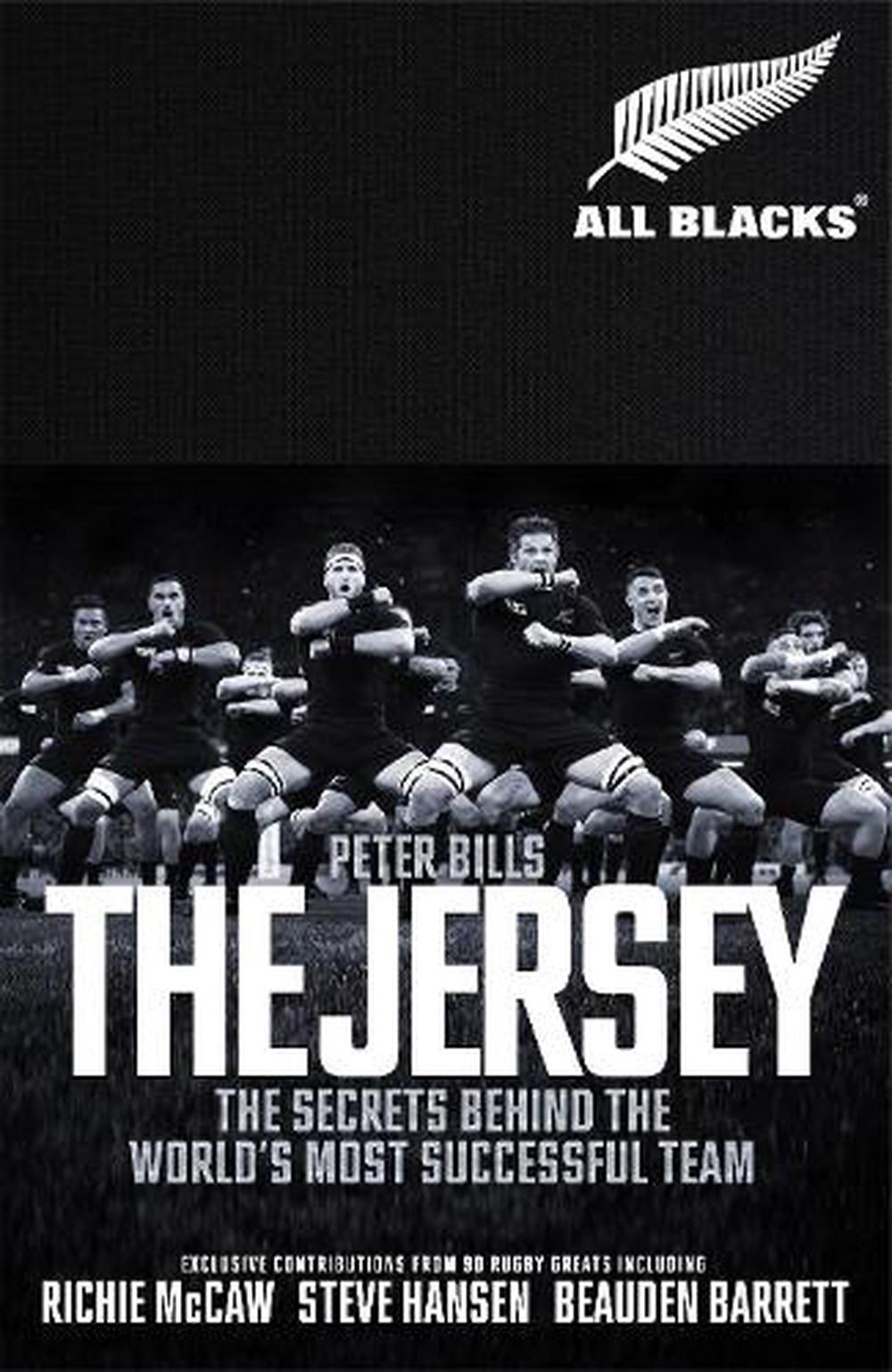 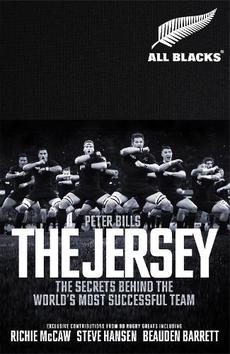 ISBN: 9781509856688
ANNOTATION:
Based on exclusive interviews with past and present All Blacks, The Jersey reveals the secrets behind how the New Zealand All Blacks have dominated the game of rugby.
$38.29
Or pay later with

OTHER FORMATS:
ISBN: 9781509856688
ANNOTATION:
Based on exclusive interviews with past and present All Blacks, The Jersey reveals the secrets behind how the New Zealand All Blacks have dominated the game of rugby.

Based on exclusive interviews with past and present All Blacks, The Jersey reveals the secrets behind how the New Zealand All Blacks have dominated the game of rugby.

New Zealand rugby is a dynasty that transcends all national barriers. As a culture and a model of humility and consistent success, which have led them to three Rugby World Cups, the world of rugby continues to look to the New Zealand model for guidance.

Traditionally, the renowned All Blacks and those charged with guiding them have kept their rules of engagement close to their chests. However now, New Zealand Rugby has agreed to open their doors to rugby writer Peter Bills to consider the reasons behind their dominance of the world game in the build-up towards the Lions Series in 2017 and Rugby World Cup 2019 in Japan.

Through this book, Peter Bills draws on case studies and interviews of officials, coaches and players, as well as people involved in all elements of rugby right across New Zealand. The Jersey tells an extraordinary story with unprecedented access and insight, and explores the basic requirements and immense challenges required not only to become number one in the world, but remain consistently at the top.

The All Blacks are the greatest sports team on the planet. With a better winning record than any other sports team in history, they stand head and shoulders above their nearest rugby rivals, and go to the 2019 World Cup as back-to-back World Champions. How did an island of just 4.8 million people conquer the world?Peter Bills, who has reported on international rugby for more than forty years, was given exclusive access to all the key figures in New Zealand rugby as he set out to understand the secrets behind the All Blacks' success. From Steve Hansen to Beauden Barrett, Richie McCaw to the late Sir Colin Meads, Peter Bills talked at length with over ninety people, in New Zealand and around the world, with intimate knowledge of what makes the All Blacks tick.This is a story of the first settlers, and the 'Originals' who forged the All Blacks' legacy, right through to modern times. It draws heavily on the contributions made by all New Zealanders: players, coaches, officials, supporters and those who have worn the most recognized jersey in the world. Intrinsically, The Jersey goes to the heart of the All Blacks' success. It is also an epic story of not just a rugby team but a nation, whose identities are inextricably linked. Additionally, it debates a question, terrifying for any of their opponents: could the All Blacks get even better?

Peter Bills is a world-renowned rugby journalist who has reported and written on the sport for more than forty years. He was given unprecedented access to the All Blacks to research The Jersey.

A great read . . . I thoroughly enjoyed it -- Conrad Smith, 94-times capped All Blacks Very good. The New Zealand people will like it. I thought the schools chapter was particularly good -- Sir Graham Henry, All Blacks' 2011 World Cup winning coach Extremely well written. Compelling, accurate, insightful and brilliant in the way it captures the New Zealand way. -- John Hart, former All Blacks coach. This is a wonderful description of why the All Blacks are so good. The author's assessment is spot on. Beautifully written -- Nick Mallett, ex-South Africa and Italy coach. Since playing their first Test match in 1903, the All Blacks have amassed numerous accolades and are considered one of the most prolific teams across any sport. The All Blacks are the first rugby team to win 500 Test matches and are the current Rugby World Cup champions, winning the title in 2011 and 2015, adding to the inaugural Cup they claimed in 1987. They have also won ten of the sixteen Tri-Nations trophies, five of the six Rugby Championships contested, and have most recently held the Bledisloe Cup for fourteen years (2003-2017). -- RugbyWorld.com Since October 2003, when World Rugby introduced a rankings system, the All Blacks have held the number one position for over 80% of the time. As of December 2017, the All Blacks have held the number one position since 2009. -- RugbyWorld.com The All Blacks are the most successful international men's rugby side of all time with a winning percentage of 77.21 over 566 Tests (1903-2017). -- RugbyWorld.com

The first ever account of how the New Zealand All Blacks have dominated the game of rugby, and what lessons we can learn from them about how to achieve excellence in all fields.