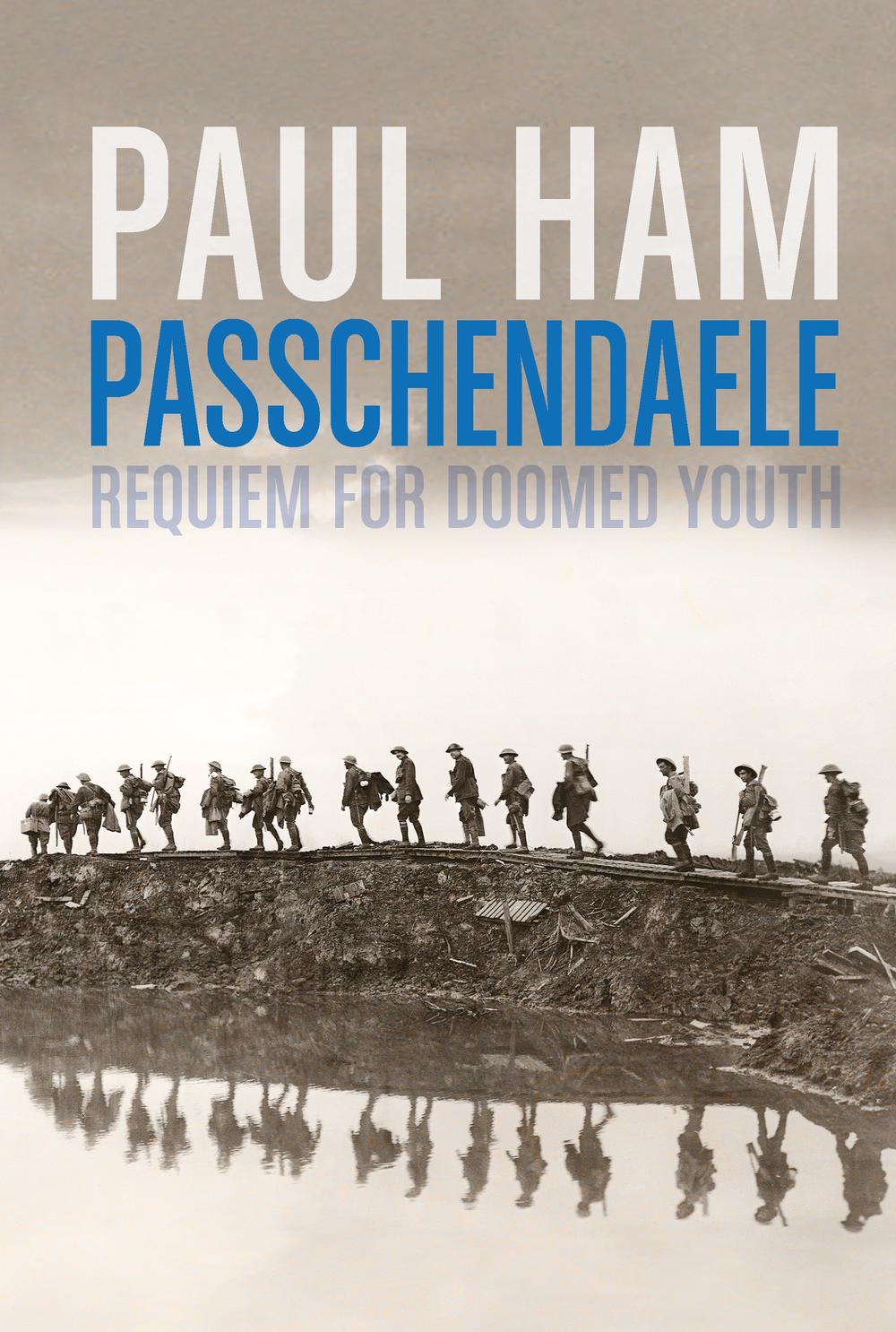 The intervening century, the most violent in human history, has not disarmed these pictures of their power to shock. At the very least they ask us, on the 100th anniversary of the battle, to see and to try to understand what happened here. Yes, we commemorate the event. Yes, we adorn our breasts with poppies. But have we seen? Have we understood? Have we dared to reason why? What happened at Passchendaele was the expression of the 'wearing-down war', the war of pure attrition at its most spectacular and ferocious. Paul Ham's Passchendaele- Requiem for Doomed Youth shows how ordinary men on both sides endured this constant state of siege, with a very real awareness that they were being gradually, deliberately, wiped out. Yet the men never broke- they went over the top, when ordered, again and again and again. And if they fell dead or wounded, they were casualties in the 'normal wastage', as the commanders described them, of attritional war. Only the soldier's friends at the front knew him as a man, with thoughts and feelings. His family back home knew him as a son, husband or brother, before he had enlisted. By the end of 1917 he was a different creature- his experiences on the Western Front were simply beyond their powers of comprehension. A century later, this is what 'Passchendaele' has come to mean in the public mind- a struggle that, even by the standards of the Great War, entered the realm of the abominable, infernal and monumentally futile. Humans, animals, ordnance and pouring rain were thrown together in a maelstrom of steel and flesh in the name of a strategy that prescribed casualty lists in the hundreds of thousands. Such huge losses were not some epic blunder. Casualties on this scale were planned and, in the context of the time, expected, in the minds of commanders captive to an offensive they were helpless to avert. Paul Ham distinguishes his book from other 'mud and blood' accounts by setting the soldiers' experiences in the context of the military and political power that controlled him. He shines a light in particular on the fraught relationship between David Lloyd George, the British Prime Minister, and Field Marshal Sir Douglas Haig, commander-in-chief of the British (and Dominion forces) on the Western Front, to show how their poisonous relationship influenced the outcome of the battle. Lloyd George had pledged never to fight another Somme, another 'Haig' war. But Haig, short of the political will to stop the war, believed he had no choice other than to keep battering away at the German lines. Their relationship degenerated into a state of mutual loathing that had a direct impact on the tragedy of Passchendaele. Paul Ham's Passchendaele- Requiem for Doomed Youth tells the story of ordinary men in the grip of a political and military power struggle that determined their fate and has foreshadowed the destiny of the world for a century. Passchendaele lays down a powerful challenge to the idea of w

Paul Ham is a Sydney-based historian, and the author of HIROSHIMA NAGASAKI, to be published in November 2011 by HarperCollins. His previous books are VIETNAM- THE AUSTRALIAN WAR (November 2007) and KOKODA (November 2004), both published by HarperCollins. 'VIETNAM' won the NSW Premier's Prize for Australian History and was shortlisted for the Prime Minister's Prize for Non-Fiction (2008), a Walkley Award and two other State literary awards. KOKODA was shortlisted for the Walkley Award for Non-Fiction and the NSW Premier's Prize for Non-Fiction. Since 1998, Paul has been the Australia correspondent for The London Sunday Times, covering politics, business and current affairs. He has a Masters degree in Economic History from the London School of Economic, and lives in Sydney with his wife, Marie, and son, Oliver.