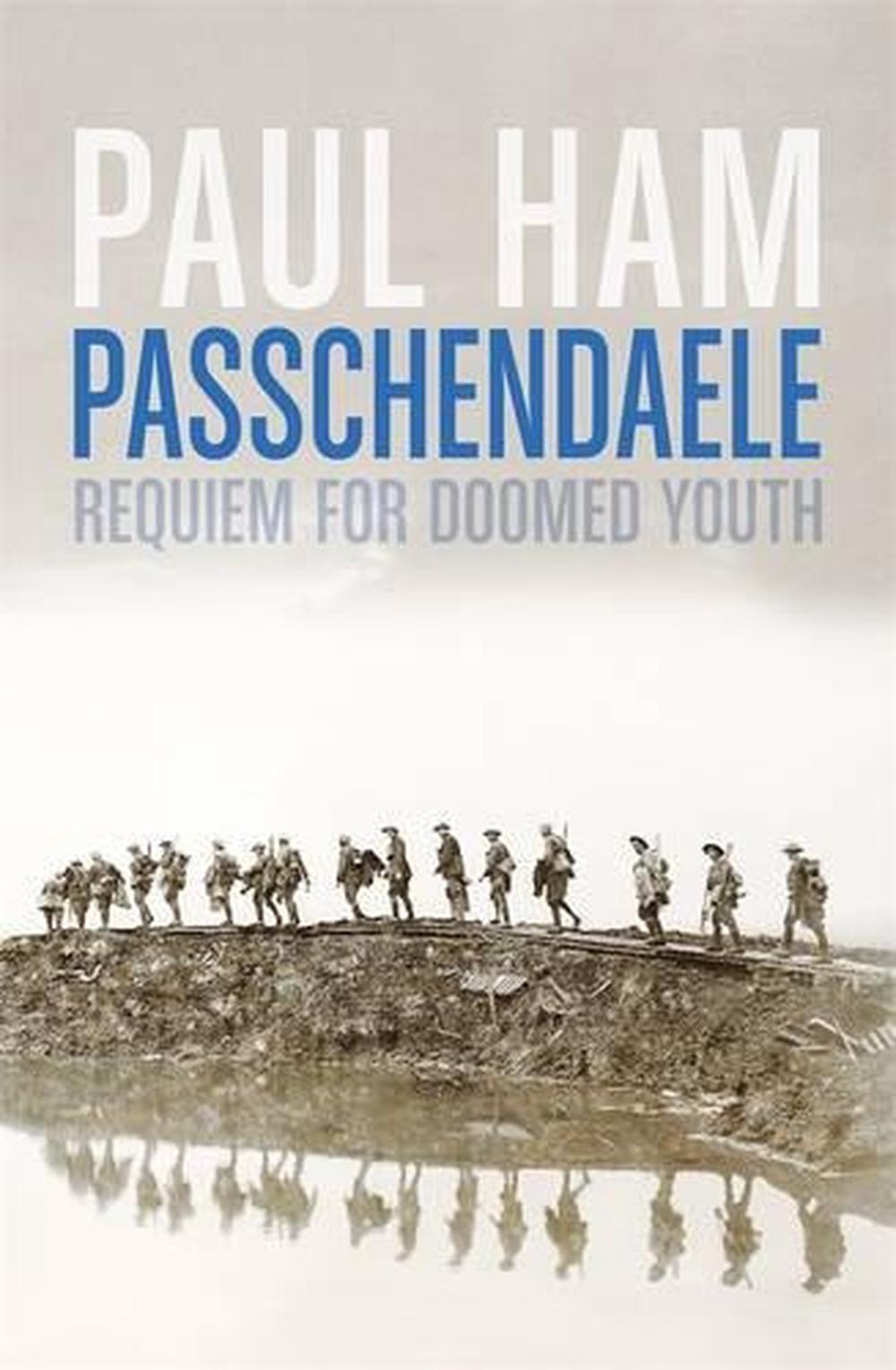 Passchendaele epitomises everything that was most terrible about the Western Front. The photographs never sleep of this four-month battle, fought from July to November 1917, the worst year of the war- blackened tree stumps rising out of a field of mud, corpses of men and horses drowned in shell holes, terrified soldiers huddled in trenches awaiting the whistle. The intervening century, the most violent in human history, has not disarmed these pictures of their power to shock. At the very least they ask us, on the 100th anniversary of the battle, to see and to try to understand what happened here. Yes, we commemorate the event. Yes, we adorn our breasts with poppies. But have we seen? Have we understood? Have we dared to reason why? What happened at Passchendaele was the expression of the 'wearing-down war', the war of pure attrition at its most spectacular and ferocious. Paul Ham's Passchendaele- Requiem for Doomed Youth shows how ordinary men on both sides endured this constant state of siege, with a very real awareness that they were being gradually, deliberately, wiped out. Yet the men never broke- they went over the top, when ordered, again and again and again. And if they fell dead or wounded, they were casualties in the 'normal wastage', as the commanders described them, of attritional war. Only the soldier's friends at the front knew him as a man, with thoughts and feelings. His family back home knew him as a son, husband or brother, before he had enlisted. By the end of 1917 he was a different creature- his experiences on the Western Front were simply beyond their powers of comprehension. The book tells the story of ordinary men in the grip of a political and military power struggle that determined their fate and has foreshadowed the destiny of the world for a century. Passchendaele lays down a powerful challenge to the idea of war as an inevitable expression of the human will, and examines the culpability of governments and military commanders in a catastrophe that destroyed the best part of a generation.