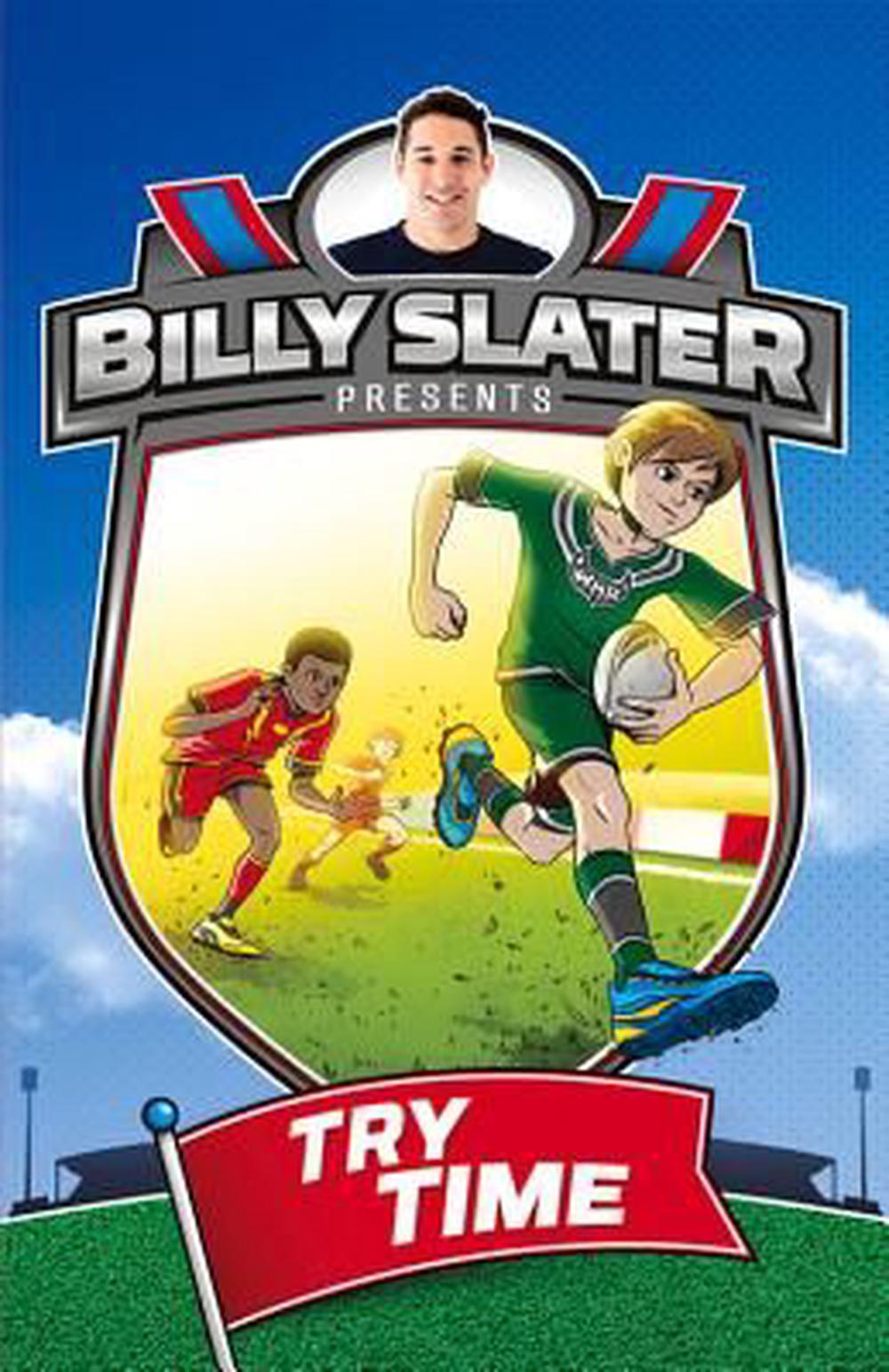 A junior fiction series for boys about a local boys rugby league team who get special coaching and advice from star NRL player Billy Slater. Josh can play footy. He s fast and fleet-footed and a blur down the sideline. But every time he steps onto the field a stampede of elephant-sized butterflies invade his stomach and he fumbles the ball. Having his footy-mad grandad screaming from the sidelines doesn't help. To top it off, he blows an easy try and loses his team the opening game of the season. Josh starts thinking about giving up football forever. That is, until NRL legend and Josh's hero, Billy Slater, turns up at training one day. Can Billy help Josh overcome his nerves and hang onto the ball long enough to score?

BILLY SLATER is a talent unlike any other in the world of rugby league. He is an Australian fullback who plays for the Melbourne Storm, Queensland Maroons and Australian Kangaroos. Also a dedicated family man, Billy has decided it is time to share what he has learnt on the field with Australia s next generation of players and get them reading! In his children s book series, Billy explores what is important to him family, teamwork, health and fun. PATRICK LOUGHLIN is a high school English teacher and writer who lives in Sydney with his wife, two daughters and hyperactive spoodle. He played Junior Rugby League rather badly when he was young. Try Time is his first book. NAHUM ZIERSCH was born and raised in the Clare Valley in South Australia. From a very young age he knew he wanted to draw for a living, surrounded by very artistic parents who encouraged and nurtured his passion. As a kid he would watch Astro Boy and stacks of other cartoons in his PJs, devour comics and draw his own imaginative worlds and characters. Nahum works as a freelance illustrator in Adelaide. While his main areas of work include editorial, advertising and educational illustrations, he still has a mad

A junior fiction series for boys about a local boys' rugby league team who get special coaching and advice from star NRL player Billy Slater.