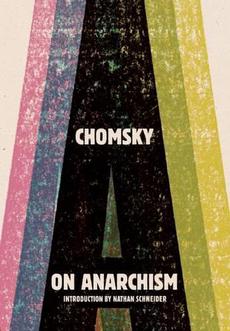 On Anarchism provides the reasoning behind Noam Chomsky's fearless lifelong questioning of the legitimacy of entrenched power. In these essays, Chomsky redeems one of the most maligned ideologies, anarchism, and places it at the foundation of his political thinking. Chomsky's anarchism is distinctly optimistic and egalitarian. Moreover, it is a living, evolving tradition that is situated in a historical lineage; Chomsky's anarchism emphasizes the power of collective, rather than individualist, action. The collection includes a revealing new introduction by journalist Nathan Schneider, who documented the Occupy movement for Harper's and The Nation , and who places Chomsky's ideas in the contemporary political moment. On Anarchism will be essential reading for a new generation of activists who are at the forefront of a resurgence of interest in anarchism--and for anyone who struggles with what can be done to create a more just world.

Noam Chomsky, Professor of Linguistics at the Massachusetts Institute of Technology, is the author recently of "Hopes and Prospects" (2010) and "Power and Terror" (Paradigm 2011). His articles and books revolutionized the contemporary study of linguistics and his political writings are widely read and translated throughout the world. In 2003 a profile of Chomsky in the "New Yorker" described his influence as one of the most cited scholars in history.

"The essence of anarchism [is] the conviction that the burden of proof has to be placed on authority and that it should be dismantled if that burden cannot be met." -Noam Chomsky