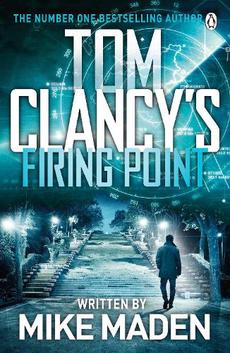 THE LATEST ELECTRIC THRILLER IN TOM CLANCY'S NO. 1 BESTSELLING JACK RYAN SERIES Jack Ryan - out to avenge the murder of an old friend - finds himself in deep trouble fast . . . A blast from out of the past . . . After a mission goes wrong Jack Ryan heads to Barcelona for some required R&R. In a restaurant he bumps into old friend Renee Moore - but they have barely time to talk before a bomb blows the place apart. Dying in Jack's arms, Renee gasps a final word: 'Sammler'. Unsure who or what this is but not a believer in coincidences, he decides to investigate both Renee's reasons for being in Spain and the bombing itself. Soon, Jack is on the trail of a secretive organisation intent on bringing the world's great powers to the brink of war . . . Praise for Tom Clancy: 'Constantly taps the current world situation for its imminent dangers and spins them into an engrossing tale' New York Times 'Heart-stopping action . . . entertaining and eminently topical' Washington Post 'A virtuoso display of page-turning talent' Sunday Express 'There's hardly another thriller writer alive who can fuel an adrenaline surge the way Clancy can' Daily Mail

Mike Maden grew up working in the canneries, feed mills and slaughterhouses of California's San Joaquin Valley. A lifelong fascination with history and warfare ultimately lead to a Ph.D. in political science focused on conflict and technology in international relations. Like millions of others, he first became a Tom Clancy fan after reading The Hunt for Red October , and began his published fiction career in the same techno-thriller genre, starting with Drone and the sequels, Blue Warrior , Drone Command and Drone Threat . He's honored to be joining "The Campus" as a writer in Tom Clancy's Jack Ryan, Jr., series.