Why I Love Footy 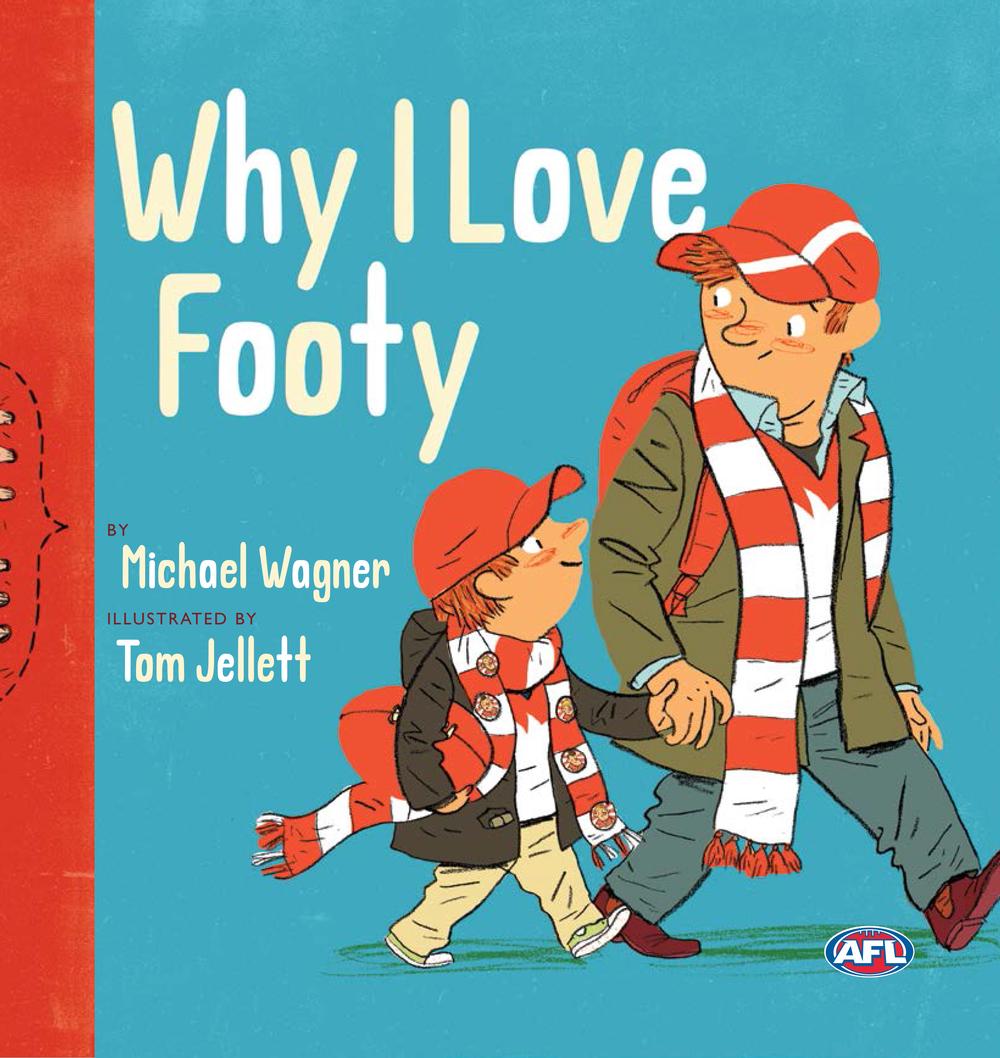 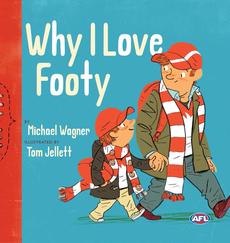 A perfect picture book for families and footy fans of all colours.

There are a bazillion reasons to love footy! These are just my biggest ones...

There's the big tackles and amazing marks. There's wearing the scarf and singing the song. But whether your team wins or loses, from the opening bounce to the final siren, the very best thing about footy is that we do it together.

Michael Wagner (Author) Michael Wagner is a children's author, speaker and storyteller. He writes for early childhood and for older children and his recent books include Why I Love Footy illustrated by Tom Jellett.

Prior to becoming a children's author, Michael played in a band that almost became famous, spent ten years working as a radio broadcaster with the ABC, wrote and produced award-winning animation for television, and wrote and performed comedy. He is the author of the Maxx Rumble series, the Undys series and the Ted series. He also runs the publishing venture, Billy Goat Books.

Tom Jellett (Illustrator) Tom Jellett is an Australian illustrator based in Sydney. Tom has been an editorial illustrator for News Limited, working on The Australian, The Weekend Australian and The Daily Telegraph and his work has appeared in the South China Morning Post, The Week and Medical Observer.

He is an acclaimed children's book illustrator whose work includes a series about a little pirate (The Littlest Pirate), books about a teddy bear called Ted (Ted Goes Wild, Ted Gets Lost and Ted Hits Town) and the Sporty Kids series, written by Felice Arena.

In 2011, Tom was included in the editorial category for Illustrators 53, exhibited at the Society of Illustrators, New York.

A perfect picture book for families and footy fans of all colours.