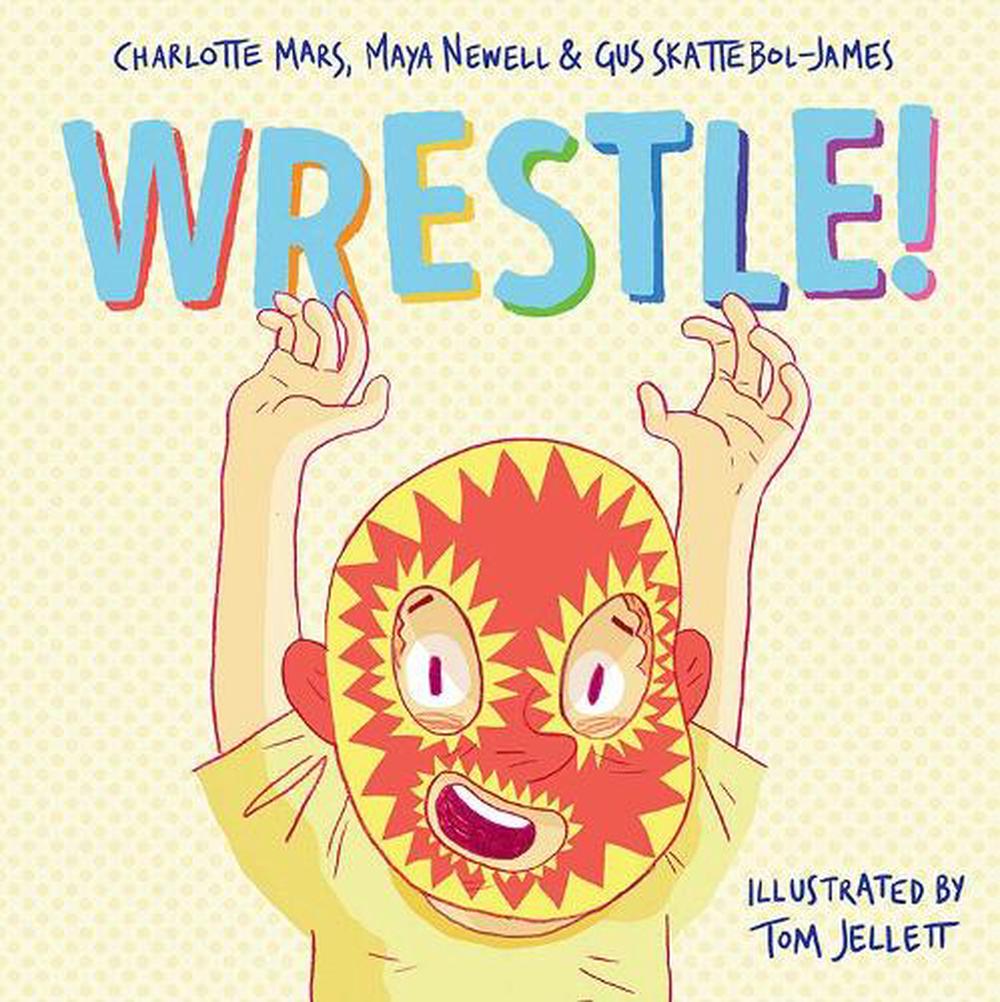 I love wrestling. When I grow up, I want to be just like my wrestling heroes: big and tough, with really huge muscles. The only problem is, my mums don't like fighting...

A funny story about identity, family and dressing up, inspired by the award-winning documentary, Gayby Baby.

Maya Newell grew up with two mums in a little cottage in the Inner West of Sydney. Every year, they would dress up and march in the Sydney Gay and Lesbian Mardi Gras - in her family, the parade was better than Christmas! From a young age knew she wanted to be a storyteller. She picked up a camera and realised this was the tool she could use to show (not tell) beautiful and bold tales that could open up new worlds to the masses who were blind-hearted.

Charlotte Mars is from the Blue Mountains and her childhood was spent creating imaginary worlds in the bush. It was not unexpected that those imaginary worlds would one day inspire her to write and make films of her own. Even now, Charlotte still dips into them, and can often be found getting lost in her head and talking to herself. Some days she feels like a woman, some days she doesn't, so Charlotte loves stories that speak to gender diverse identities and experiences.

Maya and Charlotte spent 8 years making a film about the experiences of children in same-sex attracted families, Gayby Baby. To get the film and its messages out there in the world, Maya and Charlotte did all kinds of funny things - they once crashed a TV talk show, another time they staked-out a morning news show to try and get on air, and one time they made a live video from a rollercoaster! Even when fighting for important issues, they always try to have fun. They also took the film, and a group of Gaybies, to share stories and discuss policy with our nation's leaders at state and federal parliaments.

One of the kids they followed around for 3 years making Gayby Baby, is their co-author, Gus Skattebol-James. These days, Gus isn't obsessed with wrestling, but he is a black belt in Aikido (a Japanese martial art) and is mad about skateboarding. Now that Gus is almost a grown up, he is finishing his HSC exams and next year he wants to travel the world.

Tom Jellett has illustrated a number of books for children including Whale in the Bath by Kylie Westaway, The Gobbledygook is Eating a Book by Justine Clarke and Arthur Baysting, and My Dad Thinks He's Funny by Katrina Germein. Tom has also been included in the Editorial and Book category for Illustrators 53 and exhibited at the Society of Illustrators, New York in 2011 and 2013.