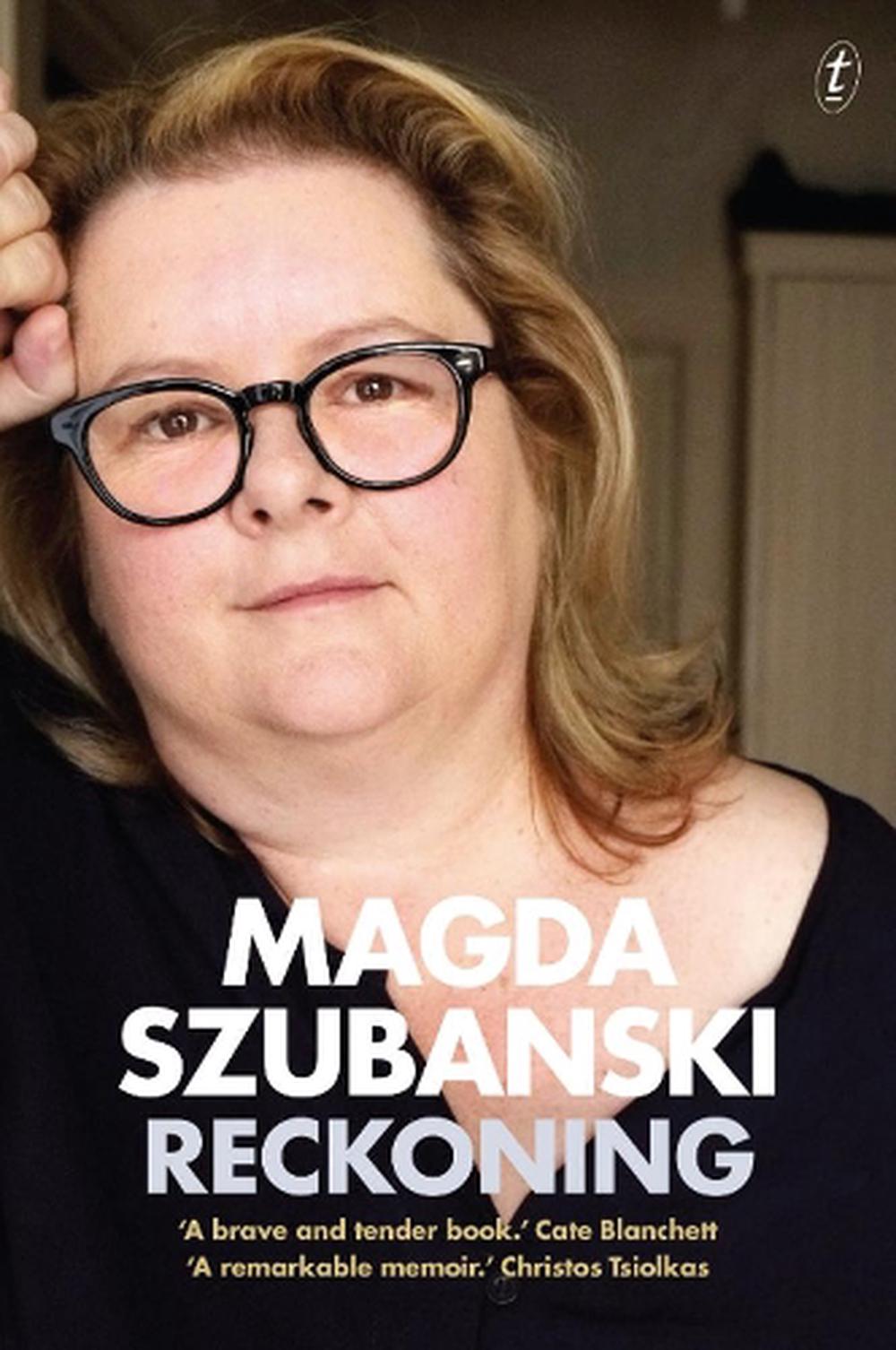 'If you had met my father you would never, not for an instant, have thought he was an assassin.'

In this extraordinary memoir, Magda Szubanski describes her journey of self-discovery from a suburban childhood, haunted by the demons of her father's espionage activities in wartime Poland and by her secret awareness of her sexuality, to the complex dramas of adulthood and her need to find out the truth about herself and her family. With courage and compassion she addresses her own frailties and fears, and asks the big questions about life, about the shadows we inherit and the gifts we pass on.

Magda Szubanski is one of Australia's best known and most loved performers. She began her career in university revues, then appeared in a number of sketch comedy shows before creating the iconic character of Sharon Strzelecki in ABC-TV's Kath and Kim. She has also acted in films (Babe, Babe: Pig in the City, Happy Feet, The Golden Compass) and stage shows. Reckoning won the 2016 Indie Award for Non-Fiction, the 2016 NSW Premier's Literary Award for Non-Fiction, the 2016 Nielson Bookdata Booksellers Choice Award, the 2016 Australian Book Industry Award for Biography and the Australian Book Industry Award for Book of the Year 2016.

'A brave and tender book about everything that matters most in life.' Cate Blanchett 'This is a remarkable memoir, that weaves the tragedy of twentieth century history into a personal narrative of coming to terms with family and self, and manages to honour both stories. The writing is assured and controlled, the storytelling expert and thoughtful, the language eloquent and moving. The writing, the story, the voice-all of it is beautiful.' Christos Tsiolkas 'Reckoning is a riveting, overwhelmingly poignant autobiography by a woman of genius...It is an extraordinary hymn to the tragic heroism at the heart of ordinary life and the soaring moral scrutiny of womankind. Every library should have it, every school should teach it.' Weekend Australian 'Unlike most autobiographies by famous people, Reckoning has substance beyond the writer's fame...Szubanski's fine memoir, written with great style, adds another layer to our history - another startling migrant story.' Crikey 'Reckoning is a powerful, exquisitely written account of Szubanski's loves and "lives" thus far.' West Australian 'With its hints of nostalgia, raw honesty, compassion, and a good amount of bravery, Szubanski's Reckoning reflects on the truths we hide and the realities we cannot ignore as we develop into and through our adult lives.' Conversation 'Sensitive and searching, colourful and vividly composed...stylish and accomplished.' Sydney Morning Herald 'Nearly every memoir is described as "brave" these days but Szubanski has earned the word...The result of her efforts is an affecting story of family intimacy - soulfully and sensitively told.' Saturday Paper '[Reckoning] reveals [Magda] to be an extraordinarily rare talent - somebody with first-rate emotional and comedic instincts as well as a fierce intellect which would allow her to succeed in any academic task she'd set herself...This is a book which will be good for the soul of anybody who reads it.' Daily Review '[Reckoning is] a page-turner...The quality of a memoir depends on how interesting a life the person writing it has had and Szubanski doesn't appear to do dull. She is articulate and likeable as she tries to reconcile herself with the many difficult aspects of her past.' New Zealand Herald [Reckoning] untangles intergenerational trauma with intelligence and insight...[Szubanski] declares herself as a sensitive intellectual who is cursed, or blessed, depending on your point of view, with the fervent desire to understand.' Newtown Review of Books 'Reckoning isn't simply a collection of anecdotes, though - it is so much more. Sharp, beautiful, a must-read.' Canberra Weekly 'Magda's memoir is a moving exploration of her relationship with her Polish Resistance hero father...Reckoning is a quest and, in a sad but satisfying way, Magda does find what she's seeking.' Australian Women's Weekly 'Far more than a run-of-the-mill celebrity memoir, this is a beautifully written, heartfelt and illuminating family saga.' New Daily 'This is an inspiring memoir of a woman who faced her demons, sought treatment for depression and overcame disappointments. She is loved and admired by thousands but, more importantly, she exudes power - the power of being herself.' Good Reading 'Compelling author, compelling premise, compelling writing.' Graeme Simsion, Age/Sydney Morning Herald, Best Books of 2015 'I also adored Magda Szubanski's memoir, Reckoning. She has great stories to draw on but it is her very fine writing that makes it such a joy to read.' Christos Tsiolkas, Age Sydney Morning Herald, Best Books of 2015 'We all knew she was funny, but who knew she could write like this?' Benjamin Law, Age/Sydney Morning Herald 'Do not, repeat, do not underestimate comedian Magda Szubanski's Reckoning...A powerful piece of writing.' Courier Mail 'Reckoning is a beautiful and moving story of a serious, thoughtful and complex person.' Paul Barclay, Radio National Books and Arts, Best Books of 2015 'A fascinating memoir from the much-loved comedian...One of our favourites.' InDaily 'Magda Szubanski's brave, compassionate - and hilarious - Reckoning may be some sort of masterpiece of the form.' Australian, Best Books of 2015 'Magda Szubanski blew us away with her writing chops in this remarkable, fearless and deeply personal memoir.' Booktopia, Books of the Year 2015 'A moving and grave account of how a great comedian plumbed the enigma of her father's activities as a Polish wartime resistance hero.' Peter Craven, Australian, Best Books of 2015 '[Szubanski] captures wonderfully well the strange dissonance of history.' Sophie Cunningham, Australian, Best Books of 2015 'It is so refreshing to read an autobiography by a skilful character actor who is also in her own, non-stereotypical way, a role model for your average Aussie...The book will endure, just as Szubanski herself has.' Same Same 'It is impossible not to be moved...Let's hope Szubanski writes more. She shines just as brightly as a serious writer as she does as a comedian.' Guardian, Best Australian Books of 2015