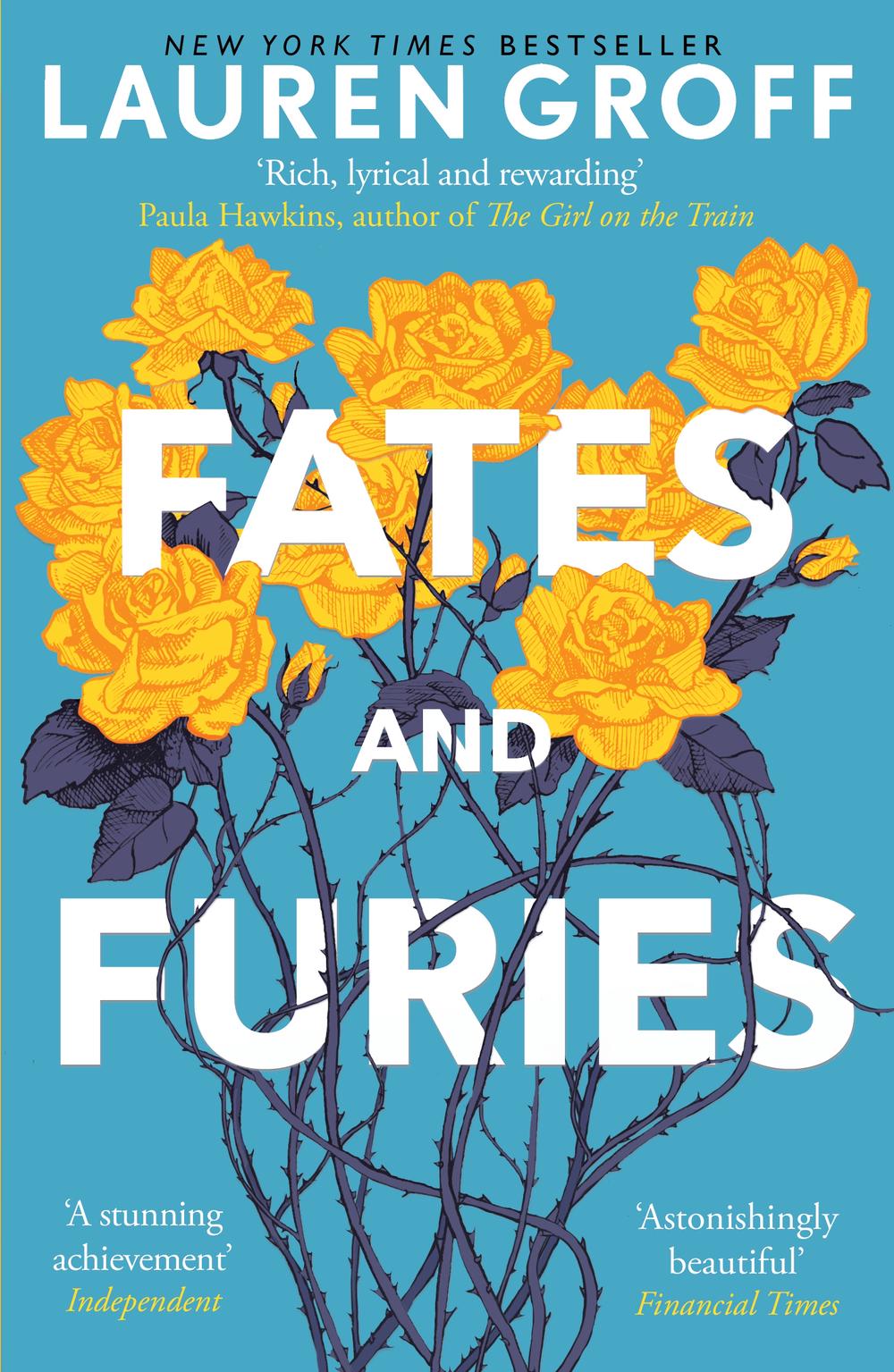 Every story has two sides. Every relationship has two perspectives. And sometimes, it turns out, the key to a great marriage is not its truths but its secrets.

Lauren Groff is the author of three New York Times bestselling novels - Fates and Furies (named by Barack Obama as his favourite book of 2015), The Monsters of Templeton and Arcadia - as well as the story collection Delicate Edible Birds. She graduated from Amherst College and has an MFA in fiction from the University of Wisconsin-Madison. Groff's fiction has won the Pushcart Prize and the PEN/O. Henry Award, among others, and has been shortlisted for the Orange Award for New Writers and the Los Angeles Times Book Prize. In 2017, she was named one of Granta's Best of Young American Novelists. Her stories have appeared in publications including The New Yorker, the Atlantic, One Story and Ploughshares, and in several of the annual The Best New American Stories anthologies. She lives in Gainesville, Florida, with her husband and two sons.

A clear-the-ground triumph ... Groff captures the complicated ways love blesses, transforms and, yes, deceives us over many years...There's a touch of F. Scott Fitzgerald in this glamorous story... Halfway through, Groff leverages her story in a remarkable and transformative way ... A vertiginous ride that will shake your confidence in what you think you know about your spouse - and yourself. Washington Post Devastatingly good, with the most satisfying ending I've read in a long time. The writing is gorgeous, the plot twisting, and the characters are almost too real. Sara Taylor, Guardian Books of the Year [An] ingenious novel ... buttressed by real emotional power Mail on Sunday Barack Obama's favourite book of last year (and getting on for ours too), Fates and Furies is finally coming out in paperback. The tale of a marriage in parallel myths is a truly delicious story. Observer Magazine - We Love... A dazzling novel ... At once intimate and sweeping, this is the story of a marriage as parallel myths-- flaring with passion and betrayal, with redemption and retribution, with the sort of heart-breaking, head-slapping secrets that make you want to seek out someone else who's read it. Lauren Groff is a powerful and graceful writer, one of the best of her generation. Jess Walter, author of Beautiful Ruins A book to submit to and be knocked out by. Meg Wolitzer Rare and impressive... Groff has created a novel of extraordinary and genuine complexity...The word "ambitious" is often used as code for "overly ambitious", a signal that an author's execution has fallen short. No such hidden message here. Lauren Groff is a writer of rare gifts, and Fates and Furies is an unabashedly ambitious novel that delivers - with comedy, tragedy, well-deployed erudition and unmistakable glimmers of brilliance throughout. New York Times A searing exploration of how far a person will go for love, loyalty and revenge. Time A truly special novel ... if you haven't read her before, I'm delighted to take the credit for introducing you to one of your new favourite authors. The Pool Absorbing and beautifully written, this is a riveting study of love, power and creativity. Sunday Express [A] stunning achievement. The plotting is elegant, intricate and assured . . . it will give you much to savour. Independent Addictive to read ... Groff has drawn a woman so complex it seems that with every chapter a new layer is revealed, each as deliciously intriguing as the next ... The result is a compelling portrait of an unconventional marriage across two decades. Stylist A lyrical and, at times, astonishingly beautiful account of how little it is possible to know about those closest to us. Financial Times Rich, lyrical and rewarding. -- Paula Hawkins, author of THE GIRL ON THE TRAIN Guardian (Books of the Year) Enough betrayal, vengeance and sex to read like one of the Greek tragedies Observer

"Enough betrayal, vengeance and sex to read like one of the Greek tragedies"

On the surface, Mathilde is the perfect wife. But there are always two sides to every marriage. Read the New York Times bestseller taking the world by storm.