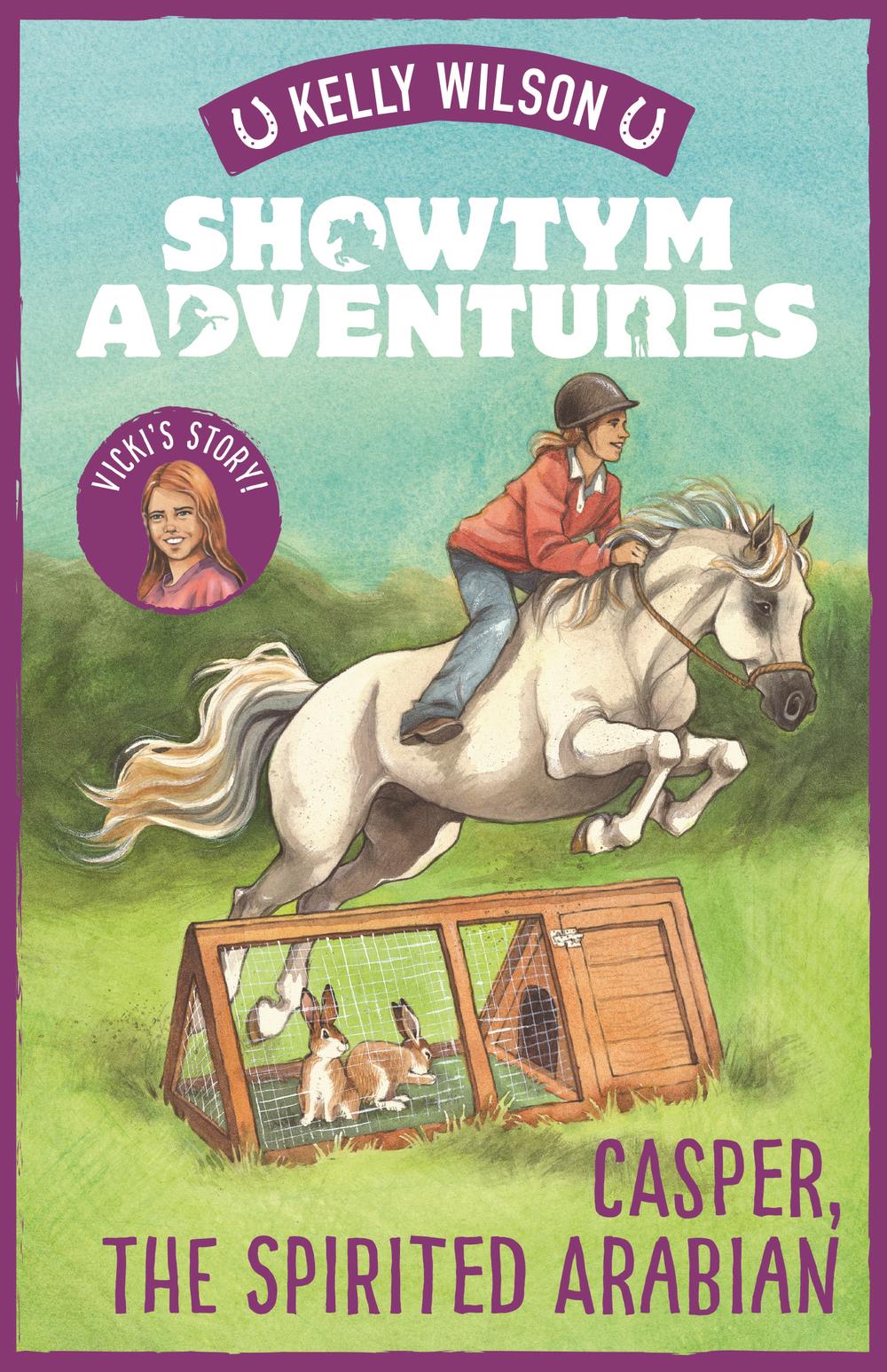 In the third Showtym Adventure, Vicki takes on a dangerously bad-tempered Arabian. Will she be able to uncover his potential?

When Vicki hears about a difficult Arabian that no one wants, she will stop at nothing to save him. Years of misunderstanding have left Casper wayward and mistrustful, but Vicki senses a gentle soul beneath the pony's rough exterior.

Vicki must learn the importance of patience and compromise to have any chance of winning over the high-strung gelding. Will Casper ever trust humans again? And will Vicki be able to uncover the potential she sees in the spirited Arabian?

This story of self-discovery and second chances, in which Vicki, Kelly and Amanda Wilson first help a misunderstood pony to trust again, is inspired by the Wilson Sisters' early years.

Born in Whangamata, Kelly Wilson relocated to Northland with her family at the age of five. Having grown up around horses, she competed in show jumping to Pony Grand Prix level, before focusing on her creative talents. She won a scholarship to Auckland University of Technology and graduated in 2009 with a Bachelor of Graphic Design, going on to become an award-winning photographer and designer. She is the bestselling author of four biographical non-fiction books, For the Love of Horses, Stallion Challenges, Mustang Ride and Saving the Snowy Brumbies, a children's picture book Ranger the Kaimanawa Stallion and a junior chapter book series Showtym Adventures. With her sisters Vicki and Amanda, Kelly has starred in the hit-rating TV series, Keeping up with the Kaimanawas, following their work taming New Zealand's wild Kaimanawa horses, and travelled to America and Australia to rescue and tame wild horses.

The third book in a bestselling junior fiction series inspired by true stories from the Wilson Sisters' childhoods. Vicki's biggest challenge yet . . . to transform a dangerous pony!