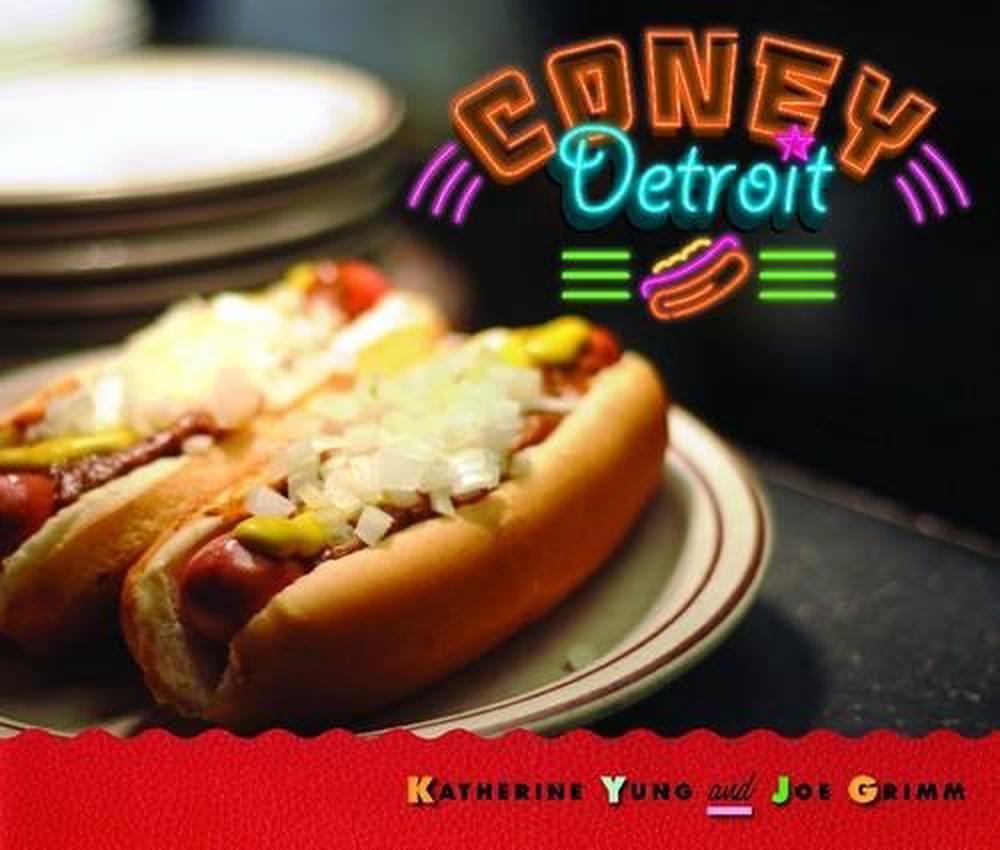 OTHER FORMATS:
ISBN: 9780814335185
ANNOTATION:
A thorough history of and ode to the Detroit coney island hotdog.

A thorough history of and ode to the Detroit coney island hotdog.

Detroit is the world capital of the coney island hot dog-a natural-casing hot dog topped with an all-meat beanless chili, chopped white onions, and yellow mustard. In Coney Detroit, authors Katherine Yung and Joe Grimm investigate all aspects of the beloved regional delicacy, which was created by Greek immigrants in the early 1900s. "Coney Detroit" traces the history of the coney island restaurant, which existed in many cities but thrived nowhere as it did in Detroit, and surveys many of the hundreds of independent and chain restaurants in business today. In more than 150 mouth-watering photographs and informative, playful text, readers will learn about the traditions, rivalries, and differences between the restaurants, some even located right next door to each other. "Coney Detroit" showcases such Metro Detroit favorites as American Coney Island, Lafayette Coney Island, Duly's Coney Island, Kerby's Coney Island, National Coney Island, and Leo's Coney Island. As Yung and Grimm uncover the secret ingredients of an authentic Detroit coney, they introduce readers to the suppliers who produce the hot dogs, chili sauce, and buns, and also reveal the many variations of the coney-including coney tacos, coney pizzas, and coney omelets. While the coney legend is centered in Detroit, Yung and Grimm explore coney traditions in other Michigan cities, including Flint, Jackson, Kalamazoo, Port Huron, Pontiac, and Traverse City, and even venture to some notable coney islands outside of Michigan, from the east coast to the west. Most importantly, the book introduces and celebrates the families and individuals that created and continue to proudly serve Detroit's favorite food. Not a book to be read on an empty stomach, "Coney Detroit" deserves a place in every Detroiter or Detroiter-at-heart's collection.

Katherine Yung is a reporter at the Detroit Free Press covering Michigan's economy and other business subjects. Before joining the Free Press in May 2007, she worked for the Dallas Morning News and the Detroit News.