A History of God

PUBLISHED: 7th January 1999
ISBN: 9780099273677
ANNOTATION:
In this account of the evolution of belief, Karen Armstrong examines Western society's unerring fidelity to this idea of One God and the many conflicting convictions it engenders. 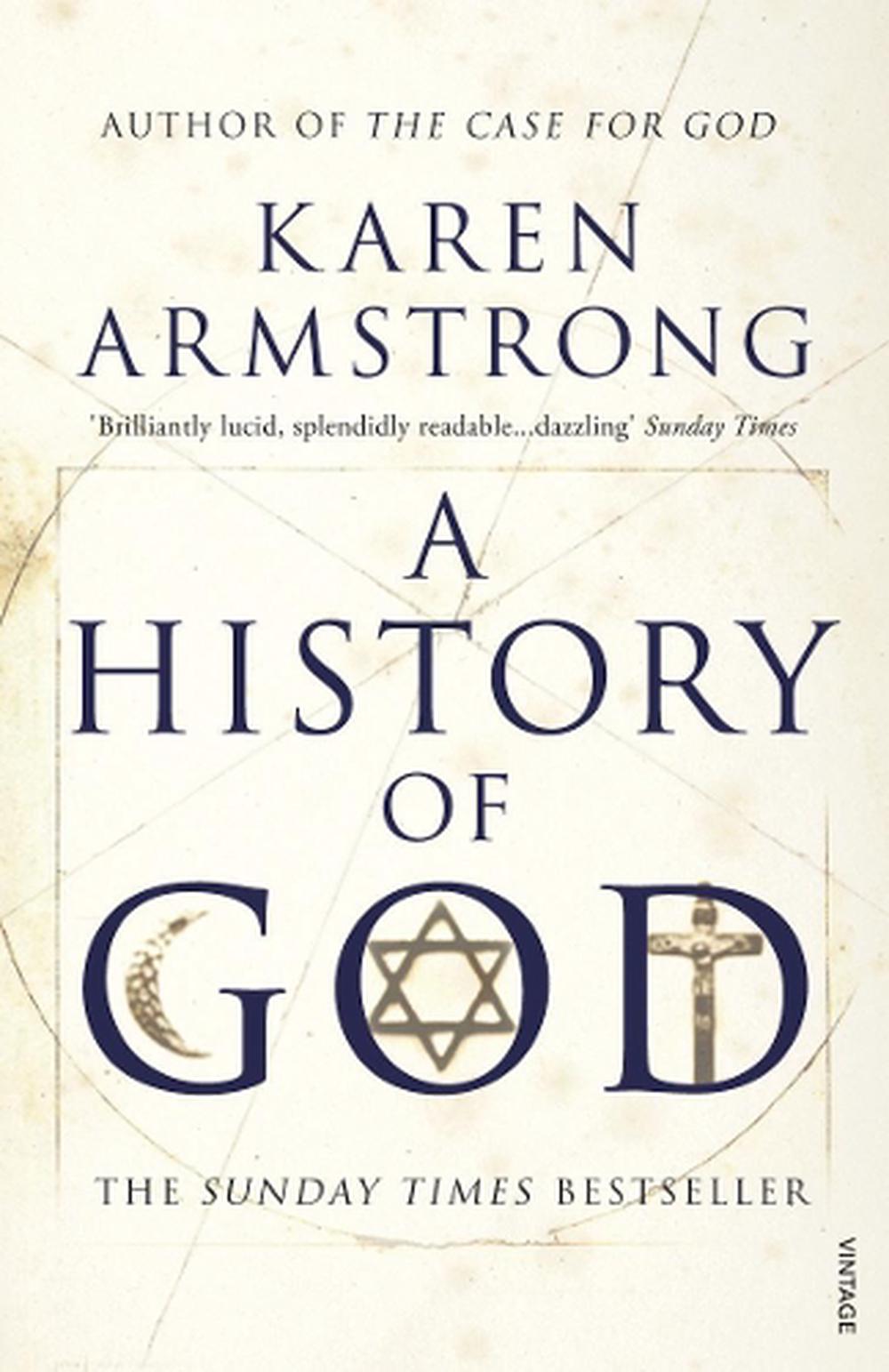 OTHER FORMATS:
PUBLISHED: 7th January 1999
ISBN: 9780099273677
ANNOTATION:
In this account of the evolution of belief, Karen Armstrong examines Western society's unerring fidelity to this idea of One God and the many conflicting convictions it engenders.

In this account of the evolution of belief, Karen Armstrong examines Western society's unerring fidelity to this idea of One God and the many conflicting convictions it engenders.

The idea of a single devine being - God, Yahweh, Allah - has existed for over 4, 000 years. But the history of God is also the history of human struggle. While Judaism, Islam and Christianity proclaim the goodness of God, organised religion has too often been the catalyst for violence and ineradicable prejudice. In this fascinating, extensive and original account of the evolution of belief, Karen Armstrong examines Western socitety's unerring fidelity to this idea of One God and the man conflicting convictions it engenders. A controversial, extraordinary sroty of worship and war, A HISTORY OF GOD confronts the most fundamental fact - or fiction - of our lives.

Karen Armstrong is one of the world's leading commentators on religious affairs. She spent seven years as a Roman Catholic nun in the 1960s, but then left her teaching order in 1969 to read English at St Anne's College, Oxford. In 1982, she became a full time writer and broadcaster. She is a best-selling author of over 15 books. An accomplished writer and passionate campaigner for religious liberty, Armstrong has addressed members of the United States Congress and the Senate and has participated in the World Economic Forum.

"Brilliantly lucid... She has written a splendidly readable book... Armstrong has dazzling ability: she can take a long and complex subject and reduce it to its fundamentals, without over-simplifying" Sunday Times "An invigorating, unpretentious, sympathetic history, of interest to believers curious about what they believe, and non-believers fascinated by belief, as non-believer ought to be. It is hard to imagine anybody who won't learn a good deal about world culture and present discontents from this book" Observer "This is the most fascinating and learned survey of the biggest wild-goose chase in history - the quest for God. Karen Armstrong is a genius" -- A.N. Wilson "Armstrong shows a reverent curiosity and a generosity of spirit, refreshing the understanding of what one knows and providing a clear introduction to the unfamiliar" -- Rt Revd Robert Runcie Daily Telegraph "Witty, informative and contemplative: Ms Armstrong can simplify complex ideas, but she is never simplistic" New York Times Book Review

Whether he is called God, Yahweh or Allah, the idea of a single divine being has existed for over 4000 years. In this wide-ranging, fascinating, readable work Karen Armstrong traces the history and changing nature of the idea of one god. She looks mainly at Judaism, Christianity and Islam, but also at pagan, Hindu and Buddhist conceptions of 'ultimate reality', and at atheism, the rejection of the idea of god. This is not 'a history of the ineffable reality of God itself... but a history of the way men and women have perceived him from Abraham to the present day'. (Kirkus UK)

Superb kaleidoscopic history of religion, from an English nun-turned-scholar. Armstrong (Holy War, 1991, etc.) was a nun in the early 1960's but left her convent in 1969 as part of the great wave that defected from religious life at that time. Although her faith grew progressively weaker, her fascination with religion didn't abate, and, even as a nonbeliever, she continues to pursue theological studies. Here, her basic message is that "religion is highly pragmatic. We shall see that it is far more important for a particular idea of God to work than for it to be logically or scientifically sound." In an extraordinary survey, Armstrong traces the development of Judaism, Christianity, and Islam from their inception to the present day, and shows how they were created and shaped by their historical surroundings - which, in turn, they helped form and alter. Although this approach is standard among religious scholars, Armstrong uses it to particular advantage in underscoring the historical correspondences among the three faiths - for example, examining the messianic fervor that surrounded the career of the Sabbatai Zevi (the 12th-century rabbi who built up an enormous apocalyptic cult among diaspora Jews prior to his imprisonment and conversion to Islam) in light of the early Christian response to the crucifixion of Jesus or of Jeremiah's prophecies about the destruction of Jerusalem. It's particularly in the mystical traditions, according to Armstrong, that the different faiths corroborate each other - in large part, she says, because the mystical apprehension of the divine is more abstract and therefore less dependent upon the traditional symbols by which most religions distinguish themselves. There are major gaps in Armstrong's history - she pays little attention to the Christian churches of the 20th century - but she manages against the odds to provide an account that's thorough, intelligent, and highly readable. Magisterial and brilliant. (Kirkus Reviews)