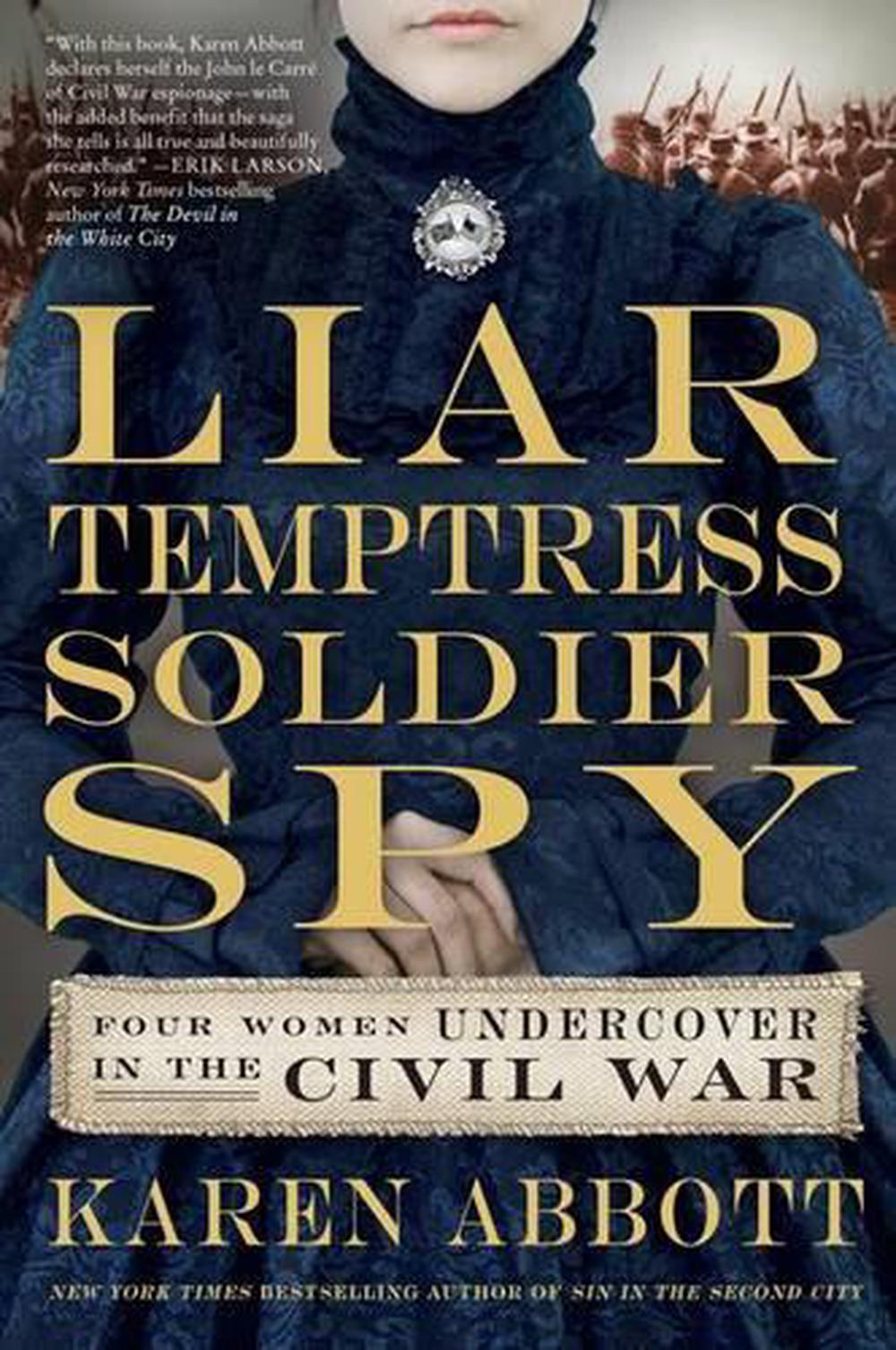 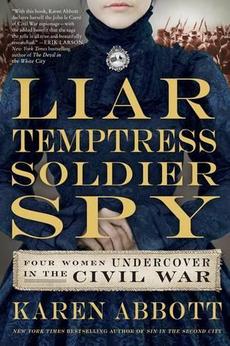 Karen Abbott, the New York Times bestselling author of Sin in the Second City and "pioneer of sizzle history" (USA Today), tells the spellbinding true story of four women who risked everything to become spies during the Civil War.

Karen Abbott illuminates one of the most fascinating yet little known aspects of the Civil War: the stories of four courageous women-a socialite, a farmgirl, an abolitionist, and a widow-who were spies.

After shooting a Union soldier in her front hall with a pocket pistol, Belle Boyd became a courier and spy for the Confederate army, using her charms to seduce men on both sides. Emma Edmonds cut off her hair and assumed the identity of a man to enlist as a Union private, witnessing the bloodiest battles of the Civil War. The beautiful widow, Rose O'Neale Greenhow, engaged in affairs with powerful Northern politicians to gather intelligence for the Confederacy, and used her young daughter to send information to Southern generals. Elizabeth Van Lew, a wealthy Richmond abolitionist, hid behind her proper Southern manners as she orchestrated a far-reaching espionage ring, right under the noses of suspicious rebel detectives.

Using a wealth of primary source material and interviews with the spies' descendants, Abbott seamlessly weaves the adventures of these four heroines throughout the tumultuous years of the war. With a cast of real-life characters including Walt Whitman, Nathaniel Hawthorne, General Stonewall Jackson, detective Allan Pinkerton, Abraham and Mary Todd Lincoln, and Emperor Napoleon III, Liar, Temptress, Soldier, Spy draws you into the war as these daring women lived it.

Karen Abbott worked as a journalist on the staffs of "Philadelphia "magazine and "Philadelphia Weekly," and has written for Salon.com and other publications. A native of Philadelphia, she now lives with her husband in Atlanta, where she's at work on her next book.

"From the Hardcover edition."

"With this book, Karen Abbott declares herself the John le Carre of Civil War espionage--with the added benefit that the saga she tells is all true and beautifully researched."--Erik Larson, bestselling author of Devil in the White City "Karen Abbott's Liar, Temptress, Soldier, Spy is the kind of page-turning book you can get so absorbed in that you keep forgetting it's nonfiction."--Bustle.com The subjects of Karen Abbott's gripping story Liar, Temptress, Soldier, Spy leap up -- and almost off -- the page... an irresistibly good tale of Civil War espionage and a reminder that the heroes of our history are often found in the most unexpected places.--Deborah Blum, New York Times bestselling author of The Poisoner's Handbook "Beautifully written, meticulously researched, and paced like an edge-of-your-seat-novel---I love this big, ambitious, unstoppable book."-- Joshilyn Jackson, New York Times bestselling author of Gods in Alabama and Someone Else's Love Story Thrilling, illuminating, heart-pounding. Liar, Temptress, Solider, Spy reads like a crackling espionage novel...Karen Abbott brings to vivid life four of extraordinary and audacious women, and runs glorious roughshod over all our traditional notions of the role of women in the Civil War.--Megan Abbott, Edgar-award winning and New York Times bestselling author of Dare Me and The Fever "With Liar, Temptress, Soldier, Spy, Karen Abbott has taken history and written it with the eloquence of good fiction. Halfway through her book, I decided Ian Fleming could not have invented better spies...nor have written about them with any more suspense."--Robert Hicks, New York Times bestselling author of The Widow of the South and A Separate Country "Liar, Temptress, Soldier, Spy is a masterwork of suspenseful plots and unforgettable characters rendered in exacting, gorgeous detail-a brilliant new take on the heroines and villainesses of the Civil War."--Lydia Netzer, author of the New York Times notable book Shine Shine Shine "Liar, Temptress, Solider, Spy by Karen Abbott is a masterpiece of narrative storytelling, backed by impeccable research and extraordinary material. I was gripped by every page."--Amanda Foreman, author of the award-winning best sellers Georgiana, Duchess of Devonshire and A World on Fire: A Epic History of Two Nations Divided "Abbott...[reveals] in such vivid detail the extraordinary lives of women who involved themselves so dangerously in the Civil War. This is that rare work of history that reads like a novel -- and a really good one at that -- and in which the truth is more thrilling than fiction. "--Michael Korda, NY Times bestselling biographer of Dwight D. Eisenhower, Ulysses S. Grant, and T. E. Lawrence "Karen Abbott's powerful narrative is first rate American history about a fascinating, little-known chapter of the Civil War, as well as a compulsive, thrilling saga of espionage. Brilliant storytelling, highly accessible, and impossible to put down."--Gilbert King, Pulitzer Prize-winning author of Devil in the Grove "Abbott's prose is vivid, especially when she writes about battles and the terrible costs they exact."--Washington Post "Compelling... Karen Abbott stitches together a patchwork narrative as complex as a pieced quilt, combining the colorful, unrelated tales of four women who fought in the Civil War as surely as Lee and Grant... [her] high achievement lies in her Augean compilation of published and archival material."--Washington Times "Gripping... a remarkable story of passion, strength, and resilience."--Publishers Weekly (Starred Review) "Karen Abbott's Liar, Temptress, Soldier, Spy...is full of so many titillating dramas and details, you could be forgiven for periodically checking the back of the book to make sure it's nonfiction."--Christian Science Monitor "Eloquent... A riveting psychological inquiry and probing examination of the courage, incomparable patriotism, stamina, and agility of four women who repeatedly risked their lives to serve their citizenry... Liar, Temptress, Soldier, Spy [feels] like an operatic espionage novel, where deception, betrayal, love, and redemption are interspersed with gripping combat scenes and perilous rescues."--Los Angeles Review of Books "A revelation... Abbott profiles four [women], sometimes weaving, sometimes stacking their stories together into a compelling narrative."--USA Today (four stars) "Engrossing...Liar, Temptress, Soldier, Spy is conscientiously researched and smoothly written and structured."--Wall Street Journal "Not for nothing has Abbott been called a 'pioneer of sizzle history.' Here she creates a gripping page-turner that moves at a breathtaking clip through the dramatic events of the Civil War."--Los Angeles Times