Doctor Who: Tales of Trenzalore

ISBN: 9781849908443
ANNOTATION:
(Tales of Trenzalore collects four of the Doctor's adventures from different periods during the Siege of Trenzalore and the ensuing battle: Let it Snow - by Justin RichardsAn Apple a Day - by George MannStrangers in the Outland - by Paul FinchThe Dreaming - by Mark Morris) 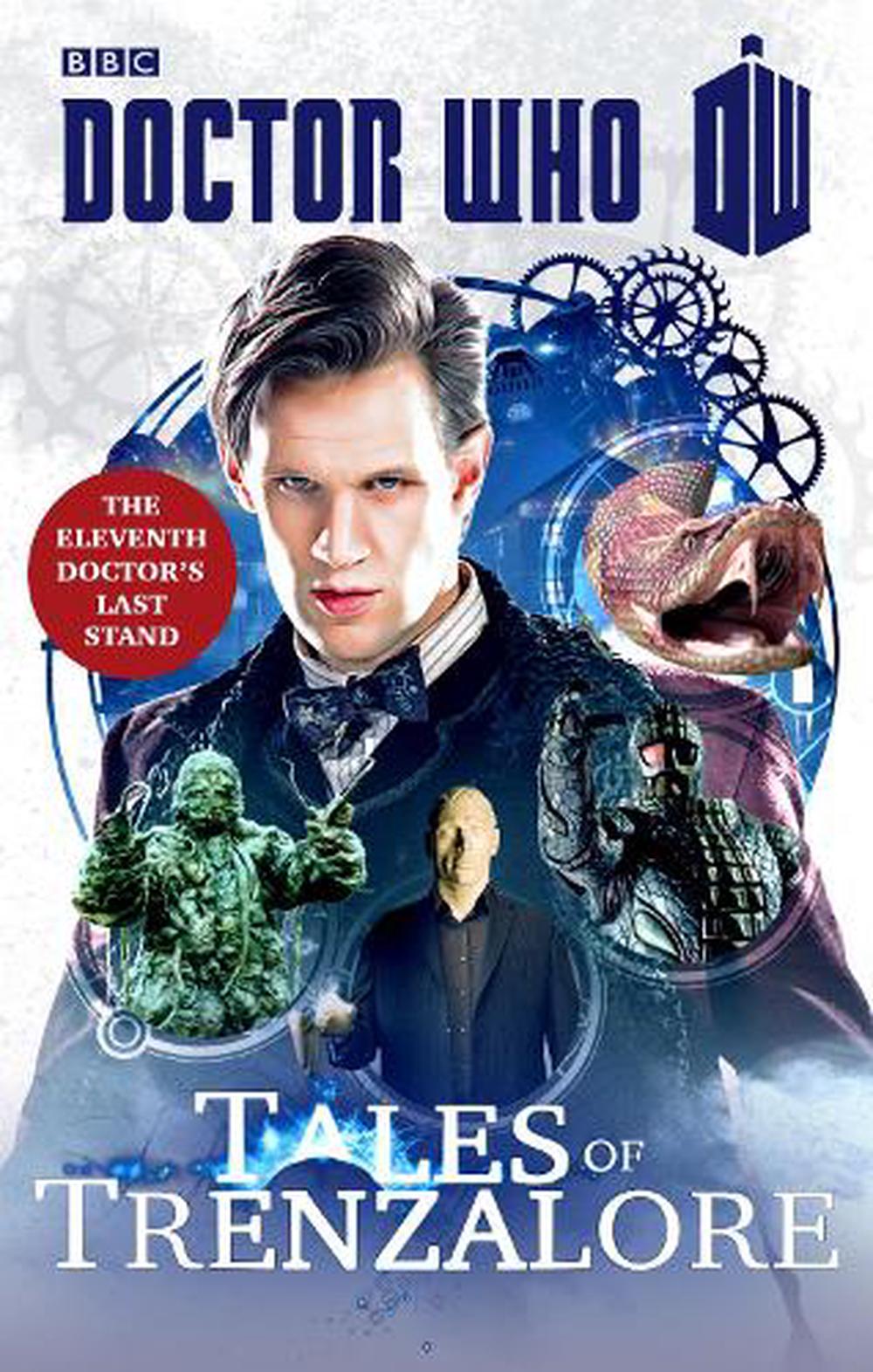 OTHER FORMATS:
ISBN: 9781849908443
ANNOTATION:
(Tales of Trenzalore collects four of the Doctor's adventures from different periods during the Siege of Trenzalore and the ensuing battle: Let it Snow - by Justin RichardsAn Apple a Day - by George MannStrangers in the Outland - by Paul FinchThe Dreaming - by Mark Morris)

(Tales of Trenzalore collects four of the Doctor's adventures from different periods during the Siege of Trenzalore and the ensuing battle: Let it Snow - by Justin RichardsAn Apple a Day - by George MannStrangers in the Outland - by Paul FinchThe Dreaming - by Mark Morris)

As it had been foretold, the armies of the Universe gathered at Trenzalore. Only one thing stood between the planet and destruction - the Doctor. For nine hundred years, he defended the planet, and the tiny town of Christmas, against the forces that would destroy it.

Some of what happened during those terrible years is well documented. But most of it has remained shrouded in mystery and darkness. Until now.

This is a glimpse of just some of the terrors the people faced, the monstrous threats the Doctor defeated. These are the tales of the monsters who found themselves afraid - and of the one man who was not.

The first novel in his adult SF series The Never War, titled The Suicide Exhibition, was published by Del Rey in late 2013. The second volume - The Blood Red City - will be published in 2014.

Justin currently acts as Creative Consultant to BBC Books' range of Doctor Who titles, as well as writing quite a few himself. Married with two children (both boys), Justin lives and works in Warwick, within sight of one of Britain's best-preserved castles.

Mark Morris (Author) Mark Morris became a full-time writer in 1988, and a year later saw the release of his first novel, Toady. He has since published a further sixteen novels, among which are Stitch, The Immaculate, The Secret of Anatomy, Fiddleback, The Deluge and four books in the popular Doctor Who range. His short stories, novellas, articles and reviews have appeared in a wide variety of anthologies and magazines, and he is editor of the highly-acclaimed Cinema Macabre, a book of fifty horror movie essays by genre luminaries, for which he won the 2007 British Fantasy Award. He also writes under the name of J. M. Morris. To find out more about Mark Morris visit his website at

George Mann (Author) George Mann is the author of the Newbury & Hobbes steampunk mystery series, as well as numerous other novels, short stories and original audiobooks. He has edited a number of anthologies including The Solaris Book of New Science Fiction, The Solaris Book of New Fantasy and a retrospective collection of Sexton Blake stories, Sexton Blake, Detective. He lives near Grantham, UK, with his wife, son and daughter.

Paul Finch (Author) Paul Finch is a former cop and journalist. He first cut his literary teeth penning episodes of the TV crime drama The Bill, and has written extensively in the field of children's animation. However, he is probably best known for his work in fantasy and horror. His first collection, Aftershocks, won the British Fantasy Award in 2002, while he won the award again in 2007 for his novella, Kid. Later in 2007, he won the International Horror Guild Award for The Old North Road. He has written two Doctor Who audio dramas for Big Finish - Leviathan and Sentinels of the New Dawn. Paul lives in Lancashire, with his wife and his children.