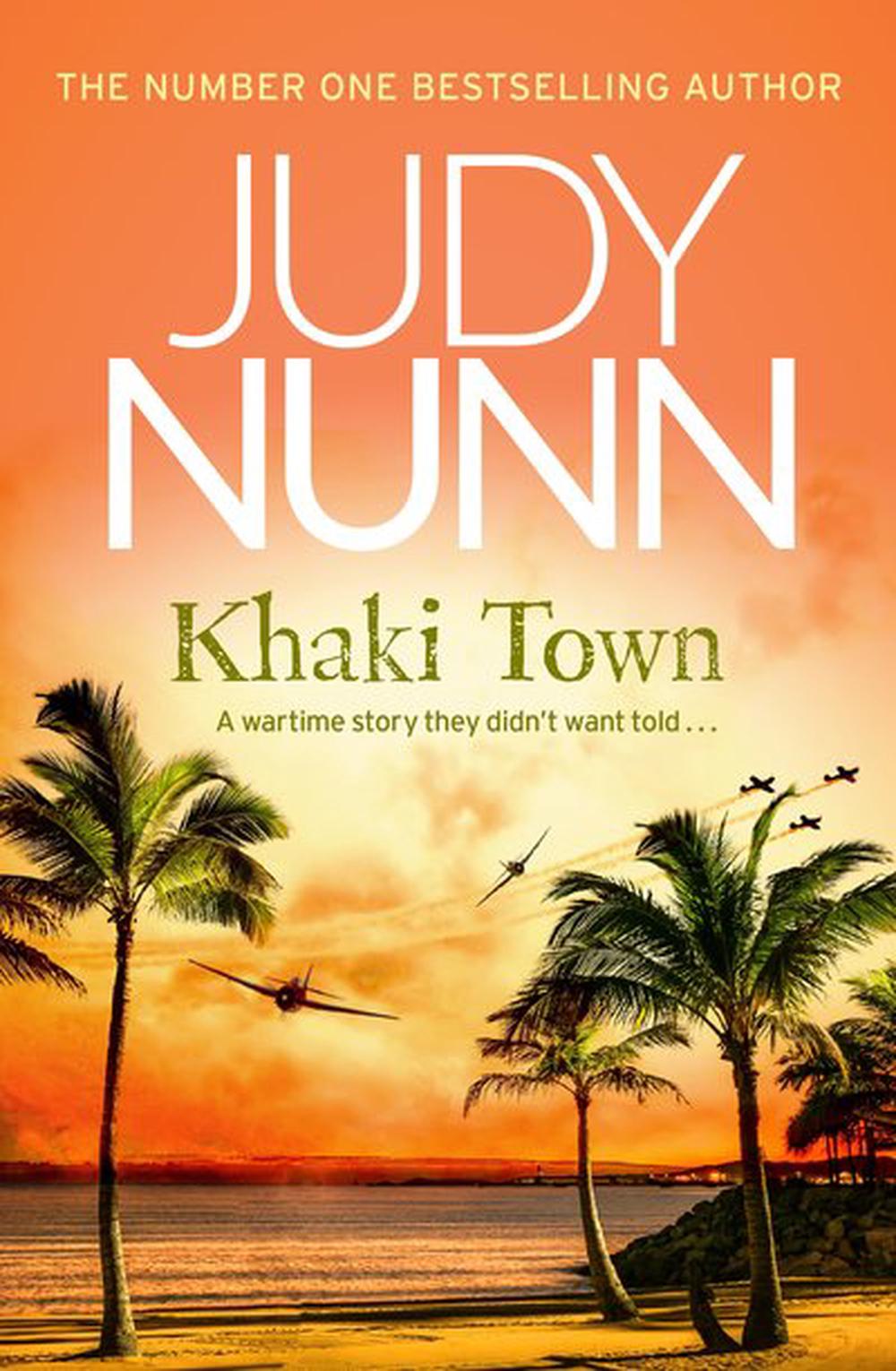 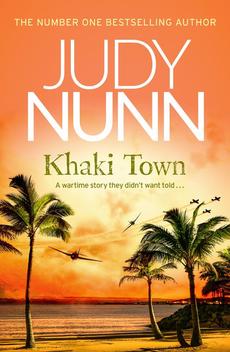 Khaki Town, Judy Nunn's exciting new novel, is inspired by a true wartime story that has remained a well-kept secret for over seventy years.

It seems to have happened overnight, Val thought . How extraordinary. We've become a khaki town.

It's March 1942. Singapore has fallen. Darwin has been bombed. Australia is on the brink of being invaded by the Imperial Japanese Forces. And Val Callahan, publican of The Brown's Bar in Townsville, could not be happier as she contemplates the fortune she's making from lonely, thirsty soldiers.

Overnight the small Queensland city is transformed into the transport hub for 70,000 American and Australian soldiers destined for combat in the South Pacific. Barbed wire and gun emplacements cover the beaches. Historic buildings are commandeered. And the dance halls are in full swing with jazz, jitterbug and jive.

The Australian troops begrudge the confident, well-fed 'Yanks' who have taken over their town and their women. There's growing conflict, too, within the American ranks, because black GIs are enjoying the absence of segregation. And the white GIs don't like it.

As racial violence explodes through the ranks of the military, a young United States Congressman, Lyndon Baines Johnson, is sent to Townsville by his president to investigate. 'Keep a goddamned lid on it, Lyndon,' he is told, 'lest it explode in our faces ...'

Judy Nunn's career has been long, illustrious and multifaceted. After combining her internationally successful acting career with scriptwriting for television and radio, Judy decided in the 90s to turn her hand to prose.

Her first three novels, The Glitter Game, Centre Stage and Araluen, set respectively in the worlds of television, theatre and film, became instant bestsellers, and the rest is history, quite literally in fact. She has since developed a love of writing Australian historically-based fiction and her fame as a novelist has spread rapidly throughout Europe where she is published in English, German, French, Dutch, Czech and Spanish.

In 2015 Judy was made a Member of the Order of Australia for her "significant service to the performing arts as a scriptwriter and actor of stage and screen, and to literature as an author".

A NUMBER ONE BESTSELLER, Judy Nunn's new blockbuster is a breathtaking historical novel set in Queensland during World War II.