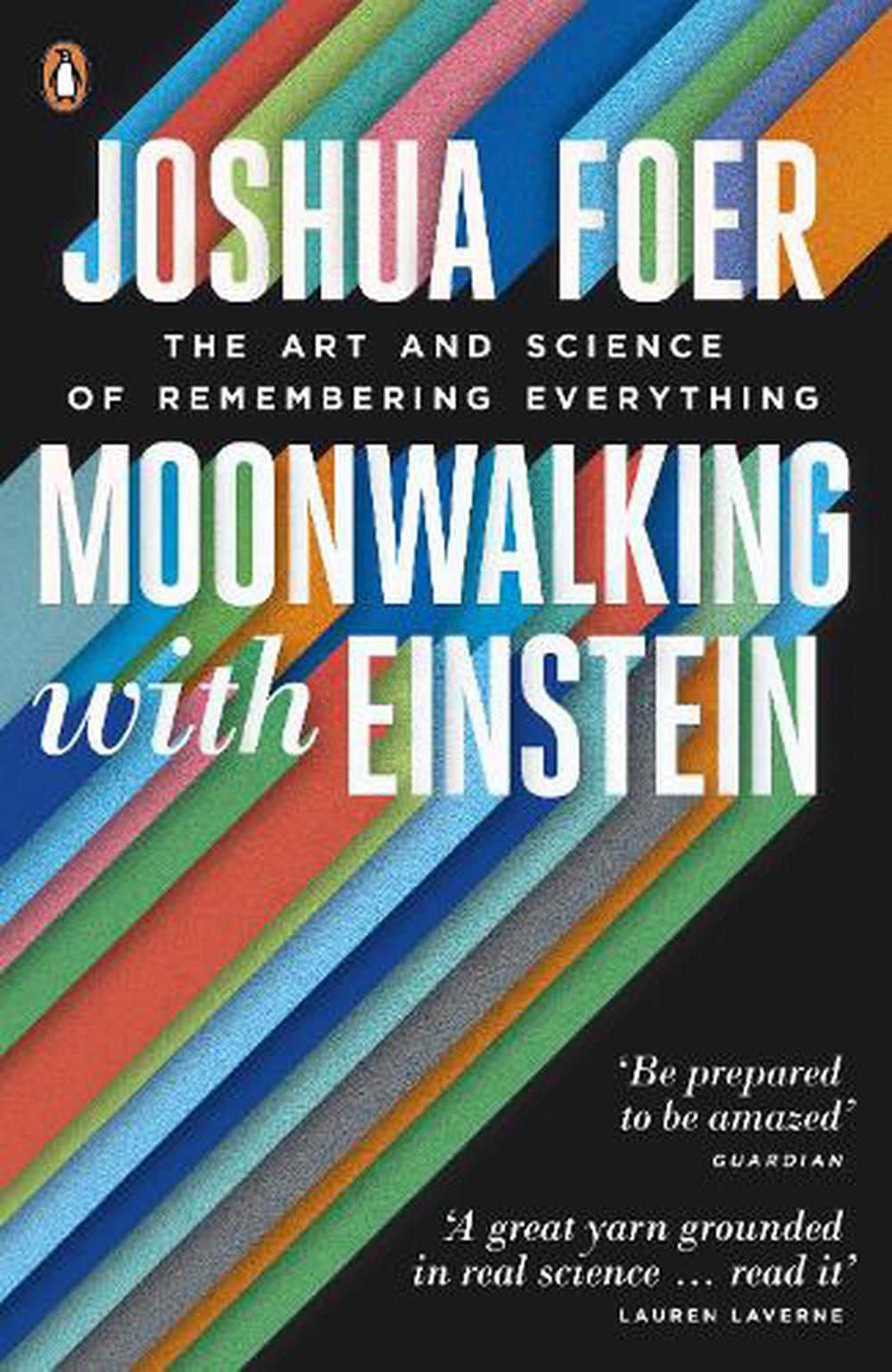 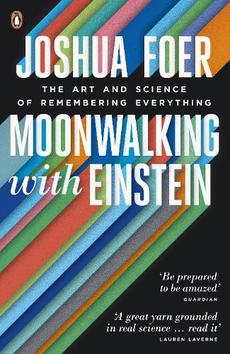 PUBLISHED: 1st February 2012
ISBN: 9780141032139
ANNOTATION:
Can anyone get a perfect memory? The author used to be like most of us, forgetting phone numbers and mislaying keys. Then he learnt art of memory training, discovering mnemonic ancient 'memory palace' technique first practiced by Simonides of Ceos over the years. This title offers a journey through mind, and secrets of how our memory really works.
$22.81
Or pay later with

Can anyone get a perfect memory? The author used to be like most of us, forgetting phone numbers and mislaying keys. Then he learnt art of memory training, discovering mnemonic ancient 'memory palace' technique first practiced by Simonides of Ceos over the years. This title offers a journey through mind, and secrets of how our memory really works.

Foer's unlikely journey from chronically forgetful science journalist to U.S. Memory Champion frames a revelatory exploration of the vast, hidden impact of memory on every aspect of our lives.

On average, people squander forty days annually compensating for things they've forgotten. Joshua Foer used to be one of those people. But after a year of memory training, he found himself in the finals of the U.S. Memory Championship. Even more important, Foer found a vital truth we too often forget: In every way that matters, we are the sum of our memories.

Moonwalking with Einstein draws on cutting-edge research, a surprising cultural history of memory, and venerable tricks of the mentalist's trade to transform our understanding of human remembering. Under the tutelage of top "mental athletes," he learns ancient techniques once employed by Cicero to memorize his speeches and by Medieval scholars to memorize entire books. Using methods that have been largely forgotten, Foer discovers that we can all dramatically improve our memories.

Immersing himself obsessively in a quirky subculture of competitive memorizers, Foer learns to apply techniques that call on imagination as much as determination-showing that memorization can be anything but rote. From the PAO system, which converts numbers into lurid images, to the memory palace, in which memories are stored in the rooms of imaginary structures, Foer's experience shows that the World Memory Championships are less a test of memory than of perseverance and creativity.

Foer takes his inquiry well beyond the arena of mental athletes-across the country and deep into his own mind. In San Diego, he meets an affable old man with one of the most severe case of amnesia on record, where he learns that memory is at once more elusive and more reliable than we might think. In Salt Lake City, he swaps secrets with a savant who claims to have memorized more than nine thousand books. At a high school in the South Bronx, he finds a history teacher using twenty- five-hundred-year-old memory techniques to give his students an edge in the state Regents exam.

At a time when electronic devices have all but rendered our individual memories obsolete, Foer's bid to resurrect the forgotten art of remembering becomes an urgent quest. Moonwalking with Einstein brings Joshua Foer to the apex of the U.S. Memory Championship and readers to a profound appreciation of a gift we all possess but that too often slips our minds.

Joshua Foer studied evolutionary biology at Yale University and is now a freelance science journalist, writing for National Geographic and The New York Times among others. Researching an article on the US Memory Championships, Foer became intrigued by the potential of his own memory. After just one year of training, he won the following year's Championship.

Foer's book is great fun and hugely readable, not least because the author is a likeable sort of Everyman-science nerd whom we want to become a memory champion. Always fascinating and frequently mind-boggling, Moonwalking with Einstein is a book worth remembering. -- Mark Turner The Independent Take, for example, the emergence of Downing Street as a salon for intellectuals from around the world, and not only economists and political scientists. Under David Cameron-or, more accurately, Steve Hilton, the prime minister's most influential adviser-the thinkers invited to hold court there often have little to say about policy per se. Joshua Foer, a young American who has written an acclaimed book about how memory works, was a recent guest. Mr Hilton's rationale is that governments have more to learn from fields of research that investigate how humans behave, such as neuroscience and social psychology, than from conventional technocrats. There is now a policy team devoted to "behaviourial insight" in the Cabinet Office. Bagehot, The Economist Addictive and fascinating...extraordinary. [Foer] attended the US Memory Championship as a journalist and returned the next year as a competitor and won...It is Foer's gifts as a teacher and a storyteller that make this book essential reading. -- Leo Robson Scottish Sunday Express A fascinating, engaging and very well-written book. -- Dallas Campbell Science Focus [A] charming book...interwoven with informed exposition about the psychological science of memory. -- Professor Larry R Squire Nature A labyrinthine personal journey that explains how our author ended up in the finals of the US Memory Championship - a compelling story arc from sceptical journalist to dedicated participant. I can't remember when I last found a science book so intriguing. -- David Profumo Literary Review Combines erudite analysis, historical context, a mind-bending adventure and extremely suggestive sex - some of it involving Foer's grandmother. -- Tony Allen-Mills Sunday Times One year, Joshua Foer is covering the US Memory Championships as a freelance journalist, the next he returns as a competitor - and wins it...How he pulled off this extraordinary feat forms the spine of this crisply entertaining book. -- Matt Rudd Sunday Times In this marvelous book, Joshua Foer invents a new genre of non-fiction. This is a work of science journalism wrapped around an adventure story, a bildungsroman fused to a vivid investigation of human memory. If you want to understand how we remember, and how we can all learn to remember better, then read this book -- Jonah Lehrer [An] endearingly geeky world...witty and revelatory...[The] journey certainly demonstrates how much memory matters...Apart from anything else, filling up our mental storehouses in the right way can make life feel longer. -- Oliver Burkeman Guardian Riotous -- Alexandra Horowitz New York Times [D]elightful...empathetic, thought-provoking and...memorable. -- Elizabeth Pisani Prospect Captivating ... Engaging ... Mr. Foer writes in these pages with fresh enthusiasm. His narrative is smart and funny -- Michiko Kakutani New York Times Memory...makes us who we are...passionate and deeply engrossing ...The more we challenge ourselves, the greater our capacity. It's a fact that every teacher, parent and student would do well to learn. The lesson is unforgettable. Washington Post A marvelous overview of one of the most essential aspects of what makes us human - our memory ... Witty and engaging -- Dan Ariely I'd never thought much about whether I could improve my memory, but I now think I could after reading Joshua Foer's book ... It's absolutely phenomenal, one of the most interesting books I've read this summer -- Bill Gates