Depends What You Mean by Extremist: Going Rogue with Australian Deplorables 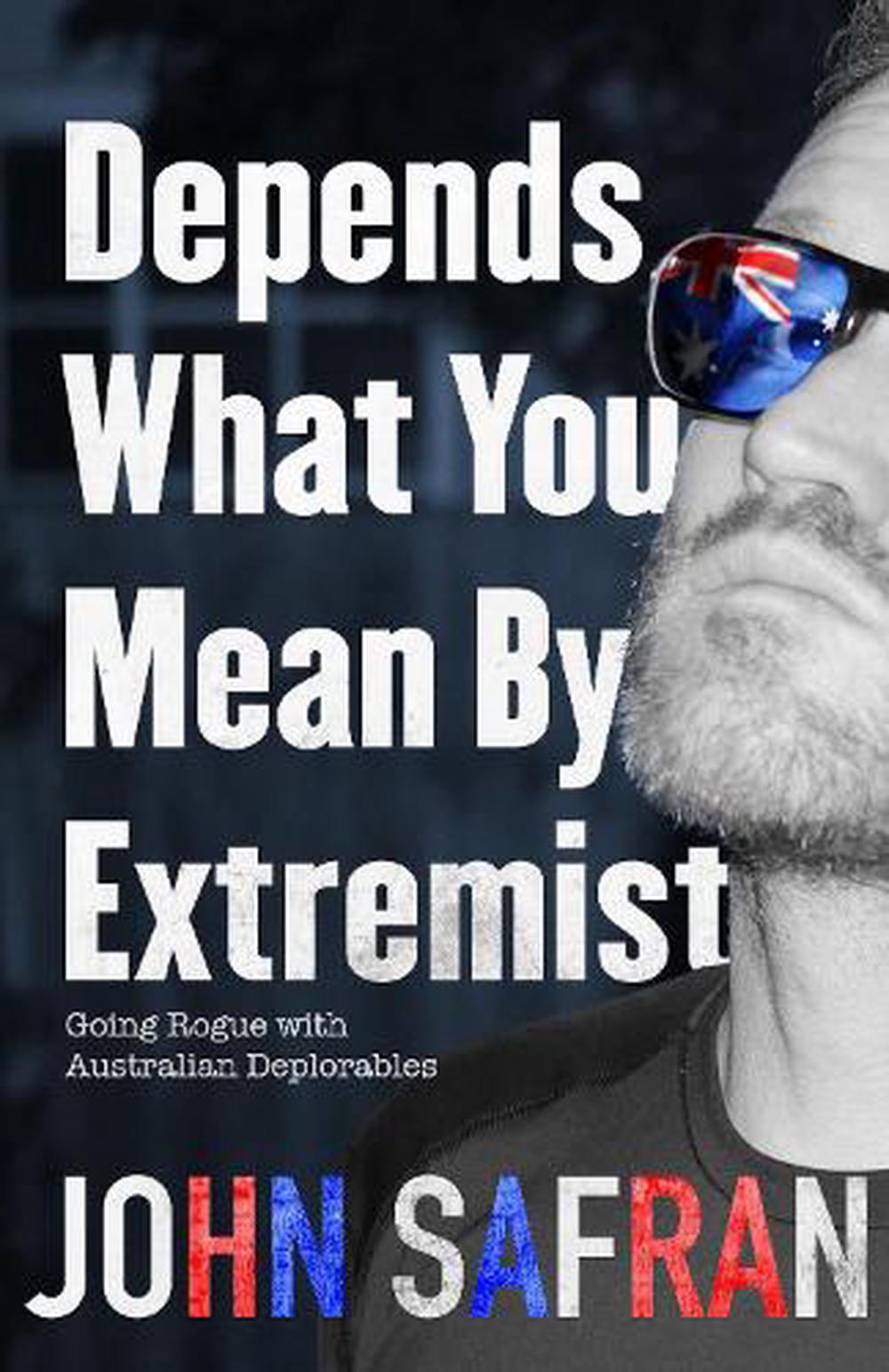 No one turns up where they're not wanted quite like John Safran. In this hilarious and disorienting adventure he gets among our diverse community of white nationalists, ISIS supporters, anarchists and more, digging away at the contradictions that many would prefer be left unexamined. Who is this black puppet-master among the white nationalists? And this Muslim fundamentalist who geeks out on Monty Python? Is there a secret radicalisation network operating in John's own Jewish suburb? And ultimately - is hanging with all these radicals washing off on John himself? Populated by an extraordinary cast of 'ordinary' Australians, Depends What You Mean by Extremist is a startling, confronting portrait of contemporary Australia. We all think we know what's going on in our own country, but this larger-than-life, timely, and alarmingly insightful true story will make you think again ...Drinking shots with nationalists and gobbling falafel with radicals, John Safran was there the year the extreme became the mainstream. 'Totes recommend John Safran's latest. Deplorable in the best sense.' Louis Theroux 'An original, insightful, frequently deadpan-funny read ...John Safran confirms that he's a major writing talent with his second book . ..Like his professional doppelgangers, Jon Ronson and Louis Theroux, Safran has a gift for eliciting information from his subjects by way of his unthreatening yet relentlessly unquestioning persona.' Jo case, Readings Monthly 'Safran has always had an unusually receptive antenna for the fraught collision of racial, cultural and religious difference ...This is an Australia where as soon as you draw a cultural, racial or religious battle line somebody strolls up to smudge it.' James Robert Douglas, The Guardian (Australia)

John Safran is an award-winning documentary-maker of provocative and hilarious takes on race, the media, religion and other issues. John first hit TV screens in 1997 on Race Around the World (ABC-TV). Both John Safran's Music Jamboree (SBS, 2002) and John Safran vs. God (SBS, 2004) won Australian Film Industry awards for Best Comedy Series and Most Original Concept, and were also nominated for Logie Awards. Other shows include John Safran's Race Relations (ABC-TV, 2009) which was nominated for two awards at the prestigious Rose d'Or Festival in Switzerland and Speaking in Tongues (SBS, 2005-06). John also co-hosted Sunday Night Safran, a radio talk show on Triple J with cranky but beloved Catholic priest, Father Bob Maguire.

Expecting skinheads, John Safran rocked up to a far-right rally in Melbourne. What he found led him into the mad world of misfits who helped propel the second coming of Pauline Hanson and foreshadowed the era of Trump.