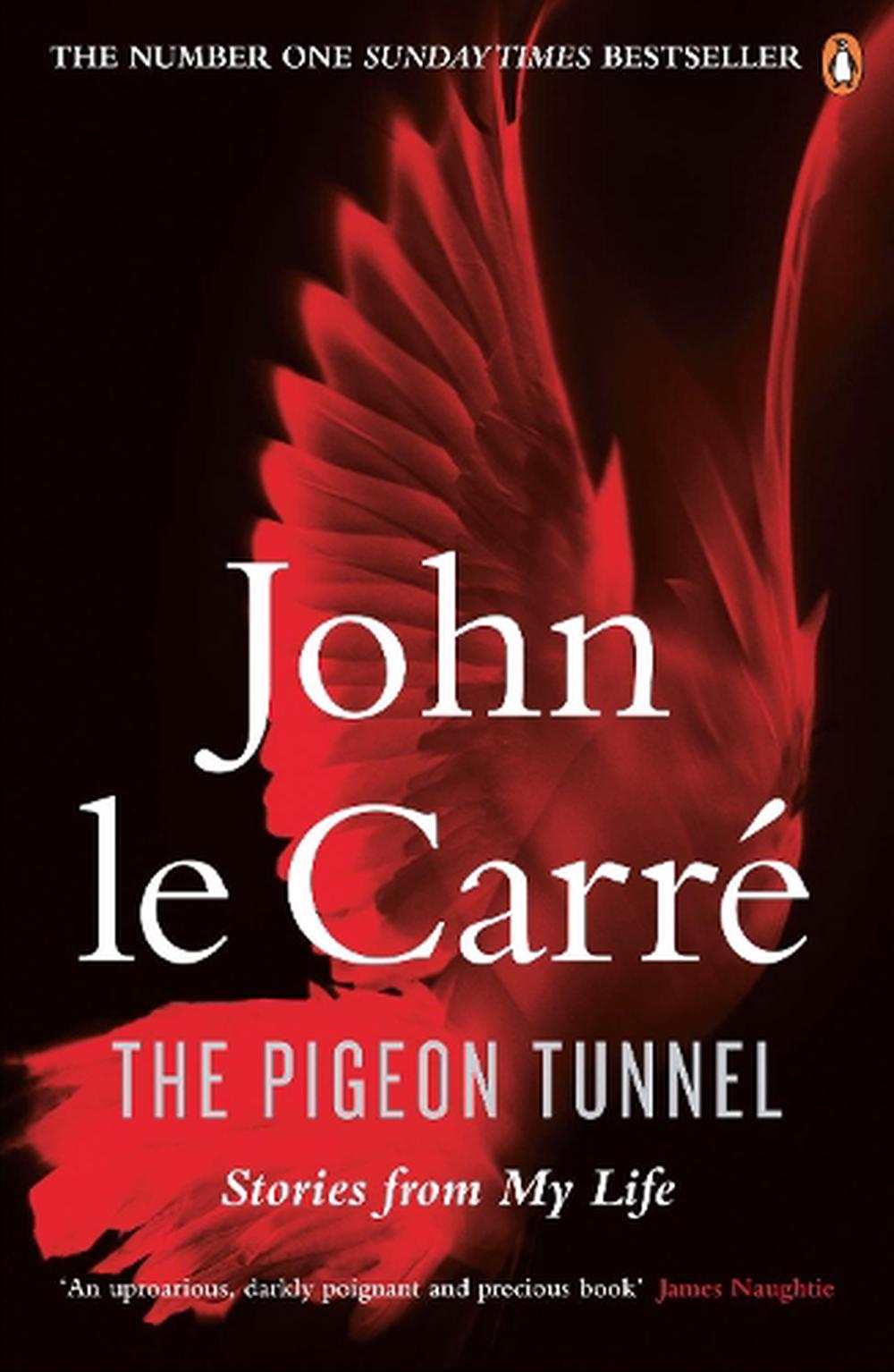 'Out of the secret world I once knew I have tried to make a theatre for the larger worlds we inhabit. First comes the imagining, then the search for the reality.'

The Pigeon Tunnel, John le Carre's memoir and his first work of non-fiction, is a thrilling journey into the worlds of his 'secret sharers' - the men and women who inspired some of his most enthralling novels. From terrifying meetings with Yasser Arafat in war-torn Beirut to brilliantly observed encounters with the great figures of 20th century film, from Stanley Kubrick to Alec Guinness. The reader is swept along not just by the chilling winds of the Cold War or by the author's frightening journeys into places of terrible violence but, most importantly, by the author's inimitable voice.

In this astonishing work we see our world, both public and private, through the eyes of one of the world's greatest writers.

John le Carre was born in 1931 and attended the universities of Bern and Oxford. He taught at Eton and served briefly in British Intelligence during the Cold War. For more than fifty years he has lived by his pen. He divides his time between London and Cornwall.

Elusive and frank and witty by turns, the spy master gives away just as much of himself as he wants to in The Pigeon Tunnel, tracing the story of his life through his walk-on parts in the history and mythology of the cold war, and the shape-shifting discipline of his imagination -- Tim Adams Guardian Biographies of the Year the entertaining recollections of a raconteur -- Neil McCormick Telegraph I savoured the gravelly, quietly insistent voice of a master storyteller examining his own life -- Michela Wrong The Spectator le Carre's The Pigeon Tunnel is exquisite -- Hugh Laurie Explosive Daily Mail A deeply personal and touching account of le Carre's life ... it has undeniable power Prospect Le Carre is such a good writer . . . Though urbane and detached, there is rage simmering not far below the surface of both le Carre and his new book. But then, nothing, absolutely nothing, is what it seems Daily Mail As enthralling as his fiction Woman and Home A beautiful book. The great glory of it is it comes close to unlocking the central mystery of le Carre -- Tony Parsons He has written an uproarious, darkly poignant and precious book -- James Naughtie New Statesman For me The Pigeon Tunnel just confirms the enigma... extremely humorous... at no point do I feel that I knew one tiny bit more than he wants me to know -- Susanne Bier, director of The Night Manager A snapshot of a story that is, truly, as extraordinary as any of his fiction Daily Mail The Pigeon Tunnel is a delight... a collection of highly polishes oddments from a life, assembled to entertain and inform...fabulously funny Radio Times Frank and fascinating Daily Express le Carre is a master of the art... fascinatingly readable The Times Cagey, clever, revealing Daily Telegraph Grippingly written, it is revealing in ways the author never intended it to be Sunday Telegraph Exceptionally well-turned and enjoyable -- David Sexton Evening Standard Offers thrills of recognition as le Carre's archetypes spring to life... The 84-year old novelist discards extended narrative and writes in elegiac fragments with linking harmonies, like the late works of that other German Romantic, Beethoven -- John Gapper Financial Times A smashing read -- Richard Davenport-Hines Wall Street Journal No other writer has charted - pitilessly for politicians but thrillingly for readers - the public and secret histories of his times Guardian When I was under house arrest I was helped by the books of John le Carre ... they were a journey into the wider world ... These were the journeys that made me feel that I was not really cut off from the rest of humankind Aung San Suu Kyi John le Carre is as recognizable a writer as Dickens or Austen Financial Times Vintage le Carre ... [he] remains a magician of plot and counter-plot, a master storyteller Observer Fascinating, important, pithy. Anyone interested in le Carre and his significant contribution to the literature of the 20th and 21st centuries will want to read these engaging meanderings through his life and career.He has plenty to say about Kim Philby, the movie business, fellow spooks and Russian defectors, encounters with the great and good, and his intrepid travels to research his novels -- William Boyd Guardian