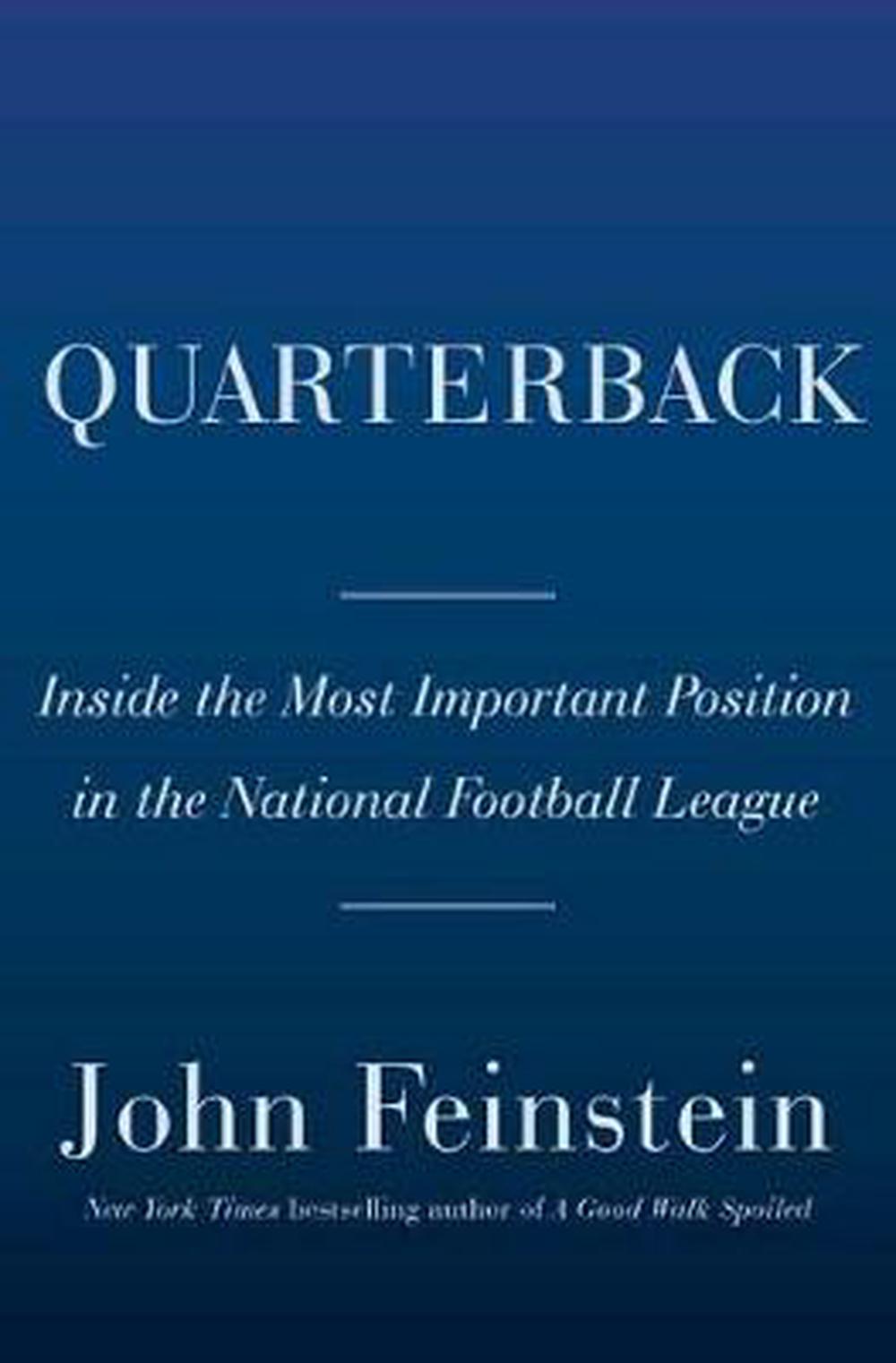 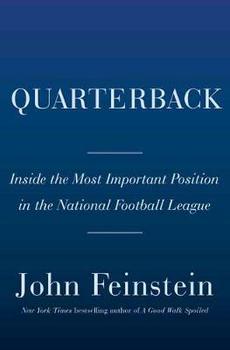 In the mighty National Football League, one player becomes the face of a franchise, one player receives all the accolades and all the blame, and one player's hand will guide the rise or fall of an entire team's season - and the dreams of millions of fans. There are thirty-two starting quarterbacks in the NFL on any given Sunday, and their lives are built around pressure, stardom, and incredible talent. Legendary bestselling sportswriter John Feinstein, in his most insightful book yet, shows readers what it's really like to play the glory position and to live that life - mapping out a journey that runs from college stardom to the NFL draft to taking command of the huddle and marching a team down the field with a nation of fans cheering.

Feinstein builds his profile around five NFL starting quarterbacks - Alex Smith, Andrew Luck, Joe Flacco, Ryan Fitzpatrick and Doug Williams. With incredible inside access, we get the full quarterback experience...being drafted #1 overall, pushing through grueling injuries, winning Super Bowls, being named a starter on multiple teams, being the first African American QB to lead a franchise to a title. Feinstein shows us exactly what it's like in the locker room, huddle, heat of battle, and press conferences, through spectacular moments and embarrassing defeats. He explores the controversies of a league embroiled in questions of substance abuse and racism, TV revenue, corporate greed, and the value placed on player health. And in the end, Feinstein addresses the ways in which each quarterback - some just a year out of college-is handed the keys to a franchise worth billions of dollars, and how each team's fortunes ride directly on the shoulders of its QB. This is Feinstein's most fascinating behind-the-scenes book.

JOHN FEINSTEIN is the #1 New York Times bestselling author of the classic sports books A Season on the Brink and A Good Walk Spoiled, along with many other bestsellers including The Legends Club, Where Nobody Knows Your Name and The First Major. He currently writes for The Washington Post and Golf Digest and is a regular contributor to the Golf Channel, Comcast Sports Regional Networks, and he hosts a college basketball show and a golf show on SiriusXM Radio.

"Another must-read from a master of long-form sports journalism." --Booklist, starred review "Eminent sportswriter Feinstein embedded himself with five successful quarterbacks . . . tak[ing] readers from one breathtaking finish to another. With a critical eye and unsurpassed sense of sports history and culture, Feinstein examines qualities of leadership, the politics and drama within locker rooms and league offices, and the unrelenting pressure that can either crush a quarterback or turn him into a legend. Stellar research and storytelling that makes this an essential read for NFL fans and sports enthusiasts." --Library Journal, starred review

"A worthy offering for fans of the modern, increasingly embattled game." --Kirkus Reviews

Praise for The First Major

"Feinstein's talent always has been the depth of his relationships, which enables him to get important figures to divulge intimate details of what transpired. . .The book features one interesting anecdote after another . . . In the hands of a lesser writer, a book about a lopsided match would have been hard to pull off. Feinstein, though, knows how to tell a good story, regardless of the outcome." --Chicago Tribune

Praise for The Legends Club

"One of [John Feinstein's] best, a beguilingly personal, sometimes heartbreaking look at the psychic cost of doing battle in America's most brutally, nakedly competitive (and actual) arenas. It makes a fitting bookend to the author's first, A Season on the Brink (1986), his hair-raising expos of Indiana coach Bobby Knight, expletives included." --The Wall Street Journal

"The legends are right there in the subtitle: Dean Smith, Mike Krzyzewski, Jim Valvano, and an Epic College Basketball Rivalry. The unbilled fourth legend is the author. His longstanding relationships with the principals give the book its insider appeal; his history with each man goes back decades, and the intersecting, layered looks at each are built on firsthand knowledge . . . Funny and smart." --USA Today

"Feinstein entertains readers with fair, objective observations based on fact and his unique inside access gained not only through years of his coverage but also through many new interviews with former players, coaches and administrators. . . In a famous speech before he died, Valvano implored all of us to attempt to do three things each day: laugh, think and cry. He would be pleased with The Legends Club because it will evoke all three from readers, no matter where their college basketball allegiances lie." --The Washington Post