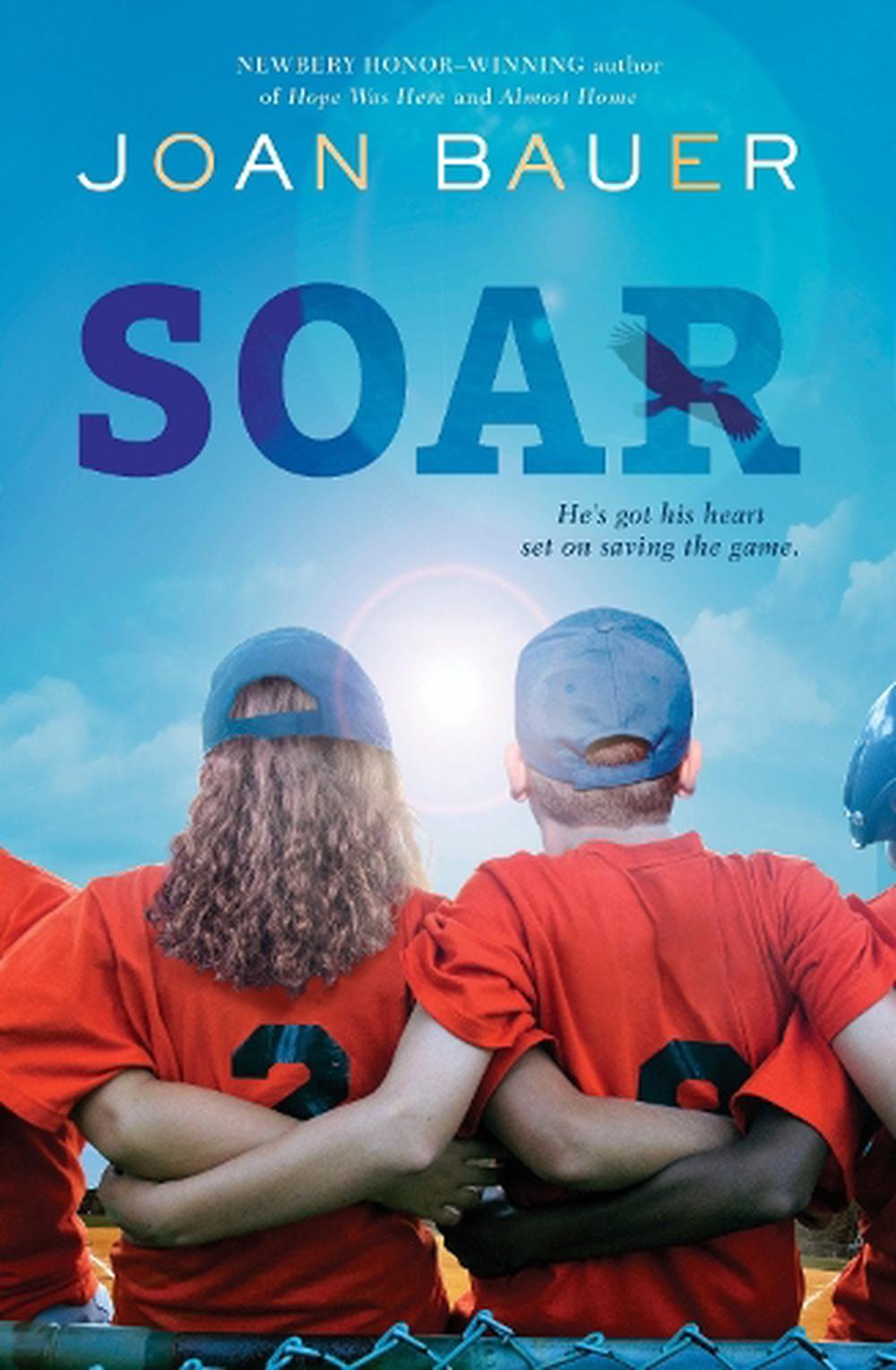 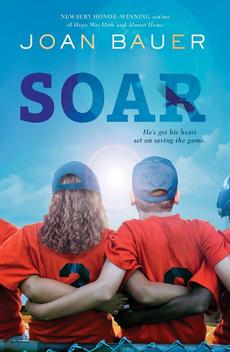 Originally published in hardcover in 2016 by Viking.

Jeremiah is the world's biggest baseball fan. He really loves baseball and he knows just about everything there is to know about his favorite sport. So when he's told he can't play baseball following an operation on his heart, Jeremiah decides he'll do the next best thing and become a coach.

Hillcrest, where Jeremiah and his father Walt have just moved, is a town known for its championship baseball team. But Jeremiah finds the town caught up in a scandal and about ready to give up on baseball. It's up to Jeremiah and his can-do spirit to get the town - and the team - back in the game.

Full of humor, heart, and baseball lore, Soar is Joan Bauer at her best.

Joan Bauer is the criticallyacclaimed author of numerous young adult novels, including "Best Foot Forward," "Rules of the Road" (recipient of the "Los Angeles Times" Book Prize) and Newbery Honor-winner Hope Was Here. She lives in Brooklyn, New York.

"Sports, friendship, tragedy, and a love connection are all wrapped up in one heartwarming, page-turning story. . . This coming-of-age tale features a boy who is courageous and witty; readers--baseball fans or otherwise--will cheer on Jeremiah and this team. The latest middle grade novel from this award-winning author is triumphant and moving." --School Library Journal

"Jeremiah's enthusiasm for baseball is infectious, and he plays a major role in rebuilding and coaching a team at the middle school while lifting the sagging spirits of community members. . . Readers will feel that Jeremiah's victories are well earned and deserved." --Publishers Weekly

"This is not the predictable baseball-as-metaphor-for-life offering it seems but rather a character study in resilience and a tender evocation of a father-son relationship. 'Tender, ' however, is not code for 'slow' or 'dull'; Jeremiah is a wry and witty narrator, and his take-charge (but sensible) approach to life impels the story along at a brisk clip." --BCCB

Praise for Joan Bauer's Tell Me

"Bauer establishes a multi-faceted plot combining crime drama with a modern coming of age story. Anna's voice rings clear through first-person narration, allowing readers to sing, cry, and smell the flowers along with the protagonist. Short chapters and smart dialogue keep the pace moving. Ultimately, Bauer twists the widespread divorce issue into a lesson on empathy, inviting readers to keep their minds and eyes alert to worlds other than their own." --School Library Journal

"In this novel filled with comedy and drama. . . Bauer skillfully weaves subplots together as Rosemont citizens (and Anna's parents) rise to the challenge of solving the mystery." --Publishers Weekly

"There are numerous, valuable messages for readers here: pay attention, trust your instincts, and speak up; sometimes being brave is about small, uncertain steps that we take; and helping others helps us, too. Humor and hope are balanced throughout, making this a good recommendation for those who prefer a serious topic treated with a less heavy hand and a happy ending." --VOYA

"Bauer manages the difficult feat of folding the topic of human trafficking into a middle-grade novel about daily-life family and peer struggles; in fact, Anna's conviction that the missing girl matters is part and parcel of her character throughout, as she similarly commits whole-heartedly to her acting efforts and beloved friends. . . Readers will appreciate the story for Bauer's classic and relatable heroine who pursues her goal through adversity." --BCCB

"Bauer has done an exceptional job of informing young readers about human trafficking without being heavy-handed or speaking down to her audience." --LMC