What Were the Twin Towers? 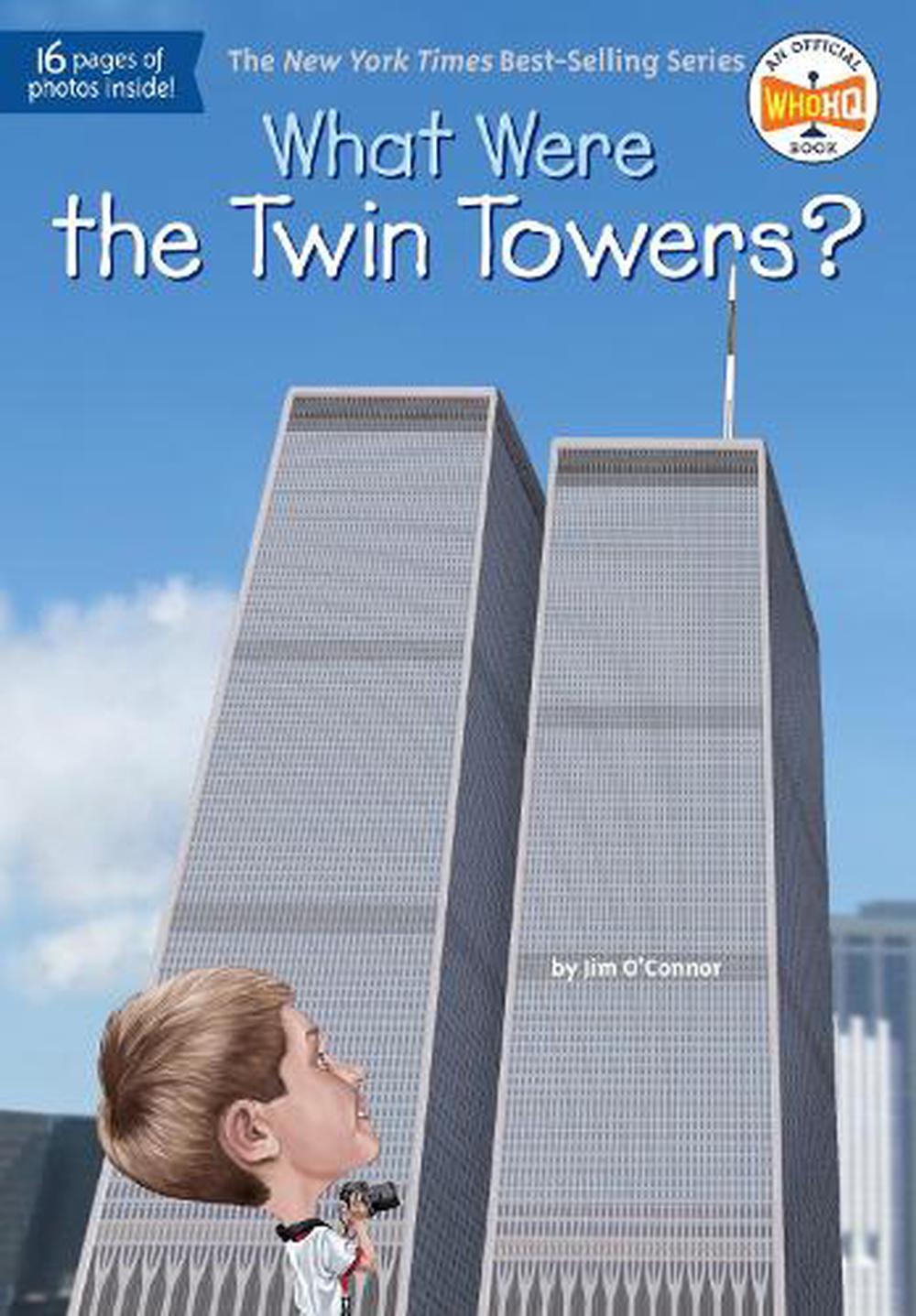 When the Twin Towers were built in 1973, they were billed as an architectural wonder. At 1,368 feet, they clocked in as the tallest buildings in the world and changed the New York City skyline dramatically. Offices and corporations moved into the towers-also known as the World Trade Center-and the buildings were seen as the economic hub of the world. But on September 11, 2001, a terrorist attack toppled the towers and changed our nation forever. Discover the whole story of the Twin Towers-from their ambitious construction to their tragic end.

Jim O'Connor is the author of What Was Pompeii?, What Was the Battle of Gettysburg?, and Who Is Bob Dylan?

When the Twin Towers were built in 1973, they were billed as an architectural wonder. At 1,368 feet, they clocked in as the tallest buildings in the world and changed the New York City skyline dramatically.

What Were the Twin Towers? It was a perfect end-of-summer morning in New York City. The sky was a clear, rich blue and there were no clouds. At the tip of Manhattan, by 8:20 a.m., people were streaming in from subways and from Staten Island ferryboats. The World Trade Center''s Twin Towers gleamed in the sunlight. The North Tower and the South Tower. Some office workers lingered in the tree-lined plaza at the base of the buildings. Many people were already upstairs at their desks starting work. At the famous Windows on the World restaurant, several companies were hosting business breakfasts. The restaurant was in the North Tower, on the 106th and 107th floors. The view was spectacular that morning. Diners could see more than fifty miles in any direction. It was just another normal morning. Then at 8:46, everything changed. People on the street heard a roar. They looked up to see a jet airplane overhead. It was flying low, dangerously low. And it was heading straight toward the North Tower. In a matter of seconds, it slammed into floors ninety-three through ninety-nine. This was the first blow of a terrible attack on the United States of America. In the next seventy-seven minutes, a second plane hit the South Tower. A third plane flew into the Pentagon building just outside of Washington, DC. A fourth plane crashed in central Pennsylvania. Everyone in all four planes was killed, including the nineteen men who had hijacked the flights and carried out the attacks. By 10:28 that morning, both towers had collapsed, killing 2,606 innocent people. Another 125 died at the Pentagon. In all, 2,977 died on September 11, 2001, counting the passengers and crew on all four planes. In the months and years that followed, there would be more victims. Many were rescue workers--police officers and firefighters--as well as construction workers who came to clean up the site. They became sick from breathing the polluted air while working at Ground Zero. That became the name for the area where the Twin Towers had once stood. Why were the Twin Towers targeted? Who was behind the attack? And how did that terrible day change the United States? Chapter 1: Money, Money, Money More than any other city in the United States, New York has always been a center of business. In America in the 1600s and 1700s, many colonies were founded by groups seeking religious freedom. But not New York. It began as a Dutch trading post called New Amsterdam. Its purpose was to make money. The Dutch took advantage of the large natural harbor that stayed ice-free all winter. This meant that ships with cargo could come and go all year. And the Hudson River, to the west of New Amsterdam, offered a route to fur trading posts farther inland. The British forced the Dutch out of New Amsterdam in 1664 and renamed it New York. They stayed over a hundred years, until the end of the Revolutionary War in 1783. After that, New York City became the trading center of a new, young country: the United States of America. Manhattan, where New York City began, is an island. Because of that, over time six bridges as well as four tunnels--two under the East River and two under the Hudson--were constructed to connect Manhattan to mainland areas. Many of these transportation routes are overseen by an agency called the Port Authority of New York & New Jersey. It has control over the port, covering a twenty-five-mile circle, with the Statue of Liberty at the center. Tolls from bridges and tunnels provide the money for more new projects. In the middle of the twentieth century, the Port Authority headed the biggest building project in New York''s history--the construction of two skyscrapers, each 110 stories. They were the tallest buildings on the planet--at least for a while.