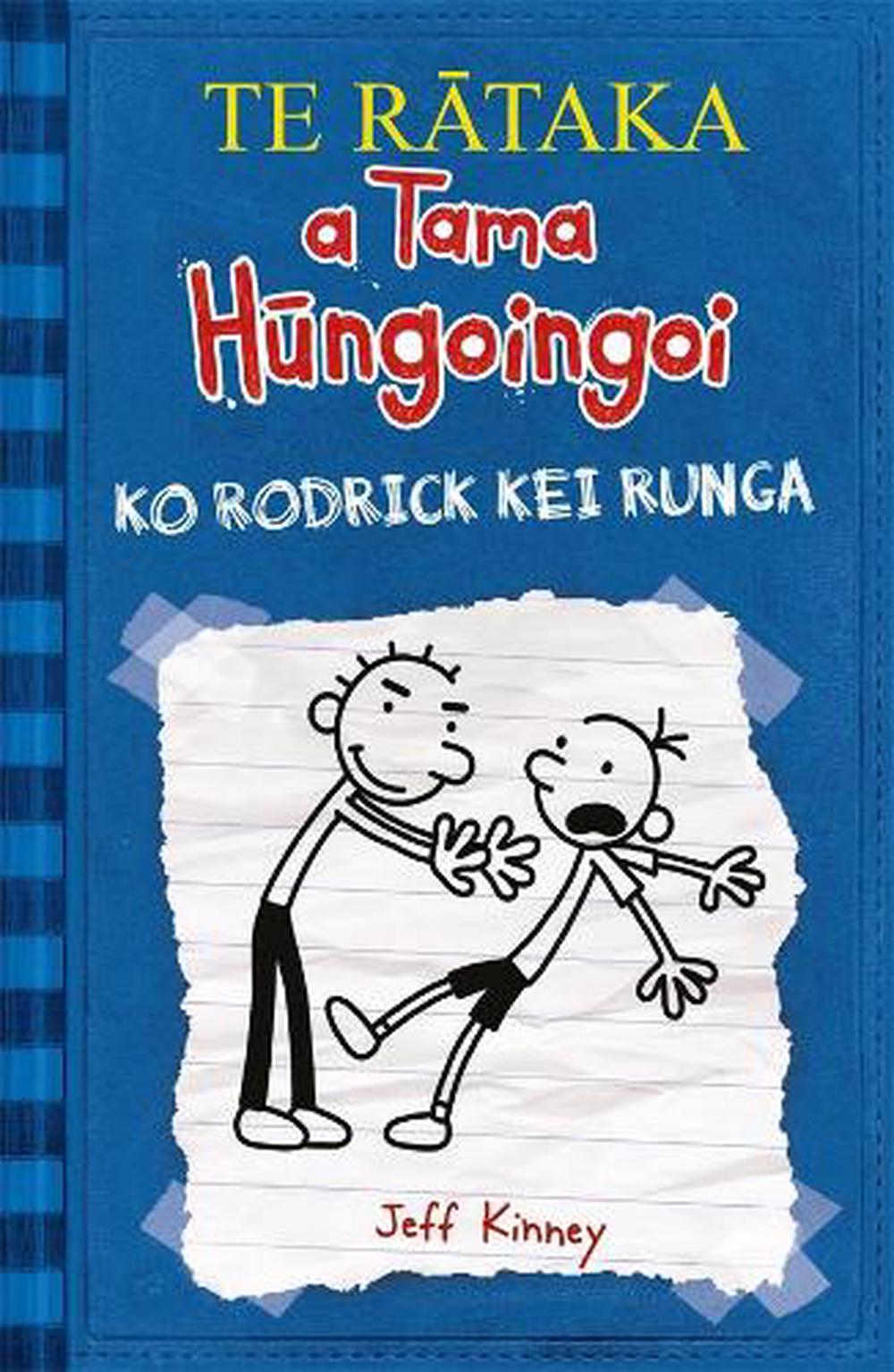 Whatever you do, don't ask Greg Heffley how he spent his summer holidays, because he definitely doesn't want to talk about it. As Greg enters the new school year, he's eager to put the past three months behind him... and one event in particular. Unfortunately for Greg, his older brother Rodrick knows all about the incident. And secrets have a way of getting out... especially when a diary is involved. Heni Jacob's hilarious translation of Roderick Rules, the second book in Jeff Kinney's bestselling Diary of a Wimpy Kid series, continues the adventures of twelve year old hero and Tama Hungoingoi (Wimpy Kid) Greg Heffley in the original language of Aotearoa New Zealand, te reo Maori. A great book in any language, Ko Rodrick kei Runga is packed with laughter, gags, disasters, daydreams and plenty to keep young readers hooked until the very end.

Jeff Kinney is the #1 USA Today, New York Times, and Wall Street Journal bestselling author of the Diary of a Wimpy Kid series and a six-time Nickelodeon Kids' Choice Award winner for Favorite Book. The Meltdown, book 13, was published in October 2018, and was a #1 bestselling book. His latest book, Diary of an Awesome Friendly Kid- Rowley Jefferson's Journal, was published in April 2019 and was an instant #1 global bestseller. Jeff has been named one of Time magazine's 100 Most Influential People in the World. He is also the creator of Poptropica, which was named one of Time's 50 Best Websites. He spent his childhood in the Washington, D.C., area and moved to New England in 1995. Jeff lives with his wife and two sons in Massachusetts, where they own a bookstore, An Unlikely Story.