Hidden America: From Coal Miners to Cowboys, an Extraordinary Exploration of the Unseen People Who Make This Country Work 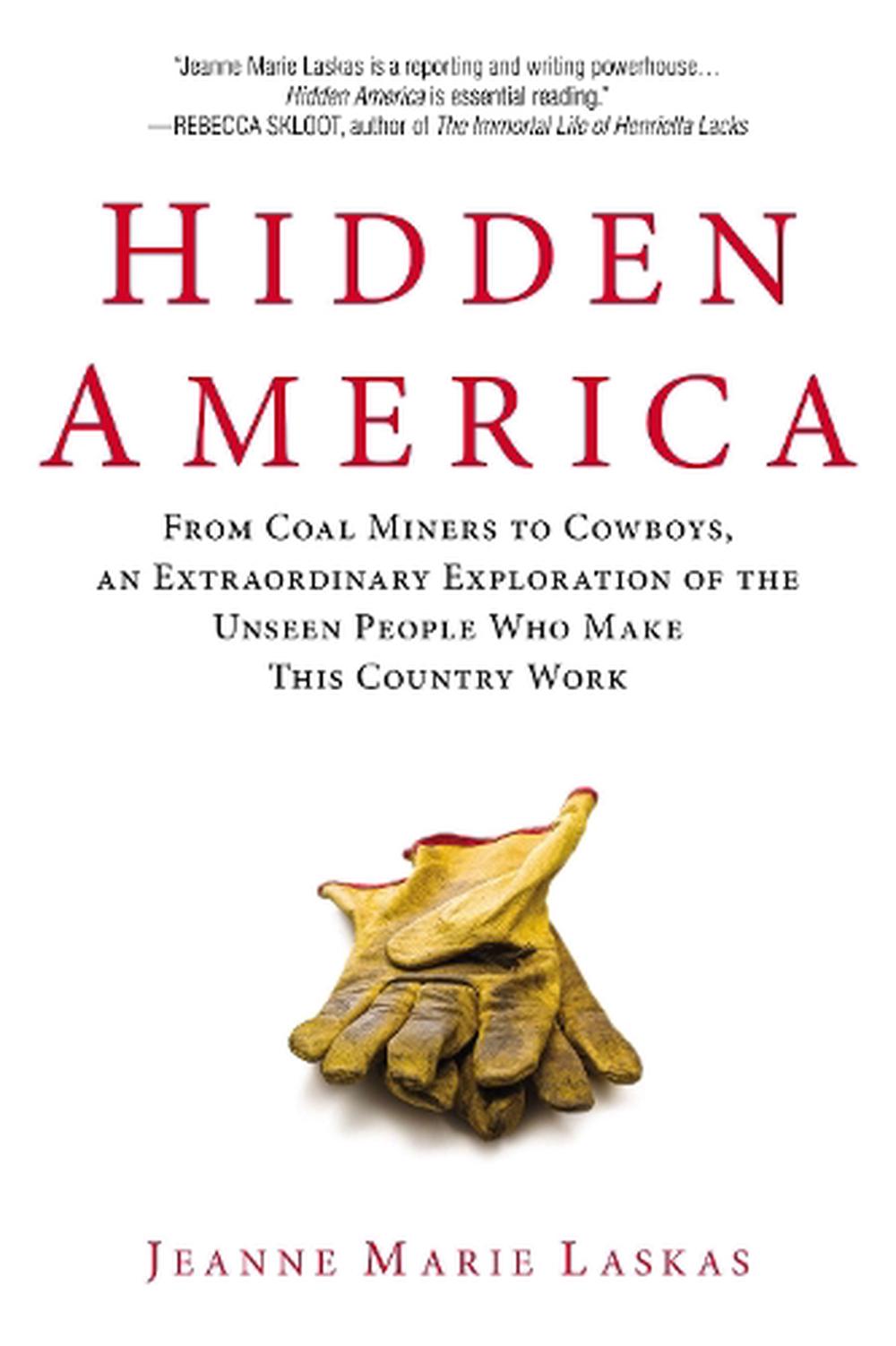 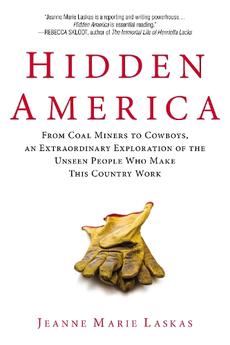 Take the men of Hopedale Mining company in Cadiz, Ohio. Laskas spent several weeks with them, both below and above ground, and by the end, you will know not only about their work, but about Pap and his dying mom, Smitty and the mail-order bride who stood him up at the airport, and Scotty and his thwarted dreams of becoming a boxing champion.

That is only one hidden world. Others that she explores: an Alaskan oil rig, a migrant labor camp in Maine, the air traffic control center at LaGuardia Airport in New York, a beef ranch in Texas, a landfill in California, a long-haul trucker in Iowa, a gun shop in Arizona, and the Cincinnati Ben-Gals cheerleaders, mere footnotes in the moneymaking spectacle that is professional football.

"Jeanne Marie Laskas is a reporting and writing powerhouse. She doesn't just interview the people who dig our coal and extract our oil, she goes deep into the mines and tundra with them. With beauty, wit, curiosity, and grace, she finds the hidden soul of America. Hidden America is essential reading."--Rebecca Skloot, author of The Immortal Life of Henrietta Lacks

Jeanne Marie Laskas is a columnist for The Washington Post Magazine, where her "Significant Others" essays appear weekly. A contributing writer at "Esquire," she also writes for "GQ," "Allure," "Redbook," "Good Housekeeping," "Health," and "This Old House," She is the author of The Balloon Lady and Other People I Know and We Remember: Women Born at the Turn of the Century Tell the Stories of Their Lives in Words and Pictures. She lives and farms with her husband and daughter, along with their poodle, mutts, mules, sheep, and other animals, at Sweetwater Farm in Scenery Hill, Pennsylvania.

"A literary miracle. In effortlessly lucid prose, Laskas tells stories that spellbind precisely because they remind us of the center that quietly holds America together."--Robert Draper, author of Do Not Ask What Good We Do "In this thoroughly entertaining study of what some people do that other people would never do, journalist Laskas makes her subjects sing."--Publishers Weekly (starred review)

"At a time when American workers seem most prized for their ability to serve as campaign props, Hidden America comes as a breath of fresh air with no political slant, no hidden motive."--Pittsburgh Post-Gazette

"Hearing [these] voices, it's impossible not to see the world a little differently."--The Daily Beast, Hot Read

"It's not a stretch to use the name Studs Terkel in the same sentence with the name Jeanne Marie Laskas. She's one hell of a journalist, a world-class storyteller. This is not just a good read, it's an important one."--Linda Ellerbee

"At once heartwarming, funny, sad, ironic, and most of all, insightful."--Bob Schieffer

"A finely crafted look behind the curtains of everyday life--think Dirty Jobs for the literate set."--Mike Sager, author of The Someone You're Not

"A wondrous book, fierce and intimate in its investigations...Like Studs Terkel if he wrote novels and Tom Wolfe if he wrote about working folk."--Ron Carlson, author of Five Skies and The Signal